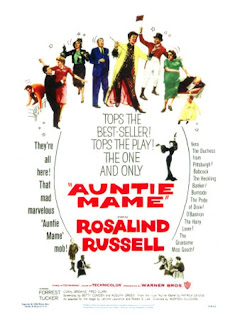 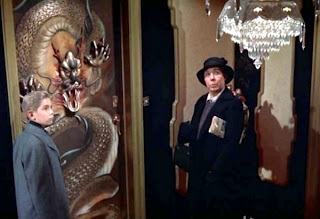 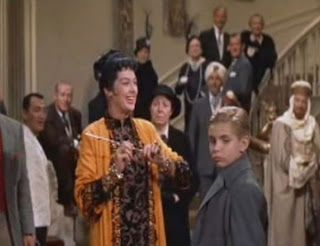 When Patrick Dennis’ (Jan Handzlik) father passes away, he is sent to live with his liberated and free-spirited aunt Mame Dennis (Rosalind Russell). However, the executor of Patrick’s father’s estate has been given the responsibility of keeping Patrick on the path of the straight and narrow. Ordered to keep Mame’s wild ideas about education and social life from tainting Patrick’s ultimately successful future, Dwight Babcock (Fred Clark) puts him in a boarding school right before the Depression hits. 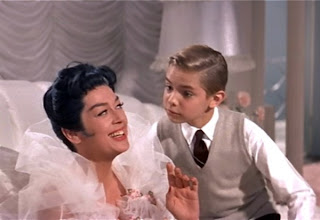 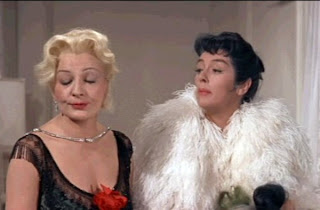 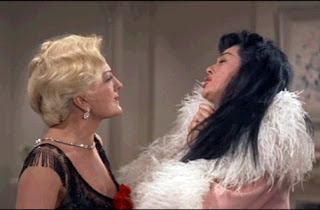 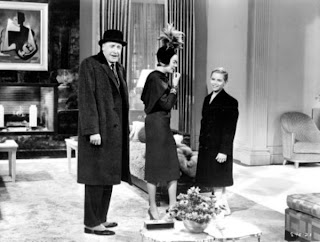 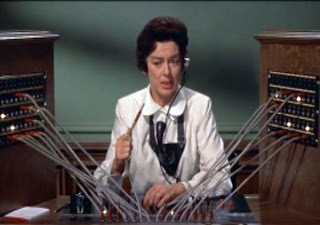 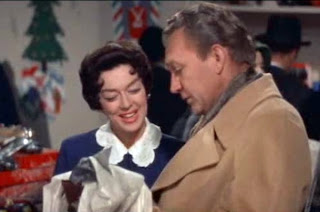 With no money to sneak him away, Mame goes to work to make money, first as an actress, then a telephone operator, and finally a clerk at Macy’s. Each venture turns out to be a disaster culminating with her getting fired from Macy’s right before Christmas. However, she has caught the eye of Beauregard Jackson Pickett Burnside (Forrest Tucker) a rich oilman who’s totally smitten with Mame. With a change of hair color and an affected southern accent, she sets off to win over the family. Which she does, hilariously. 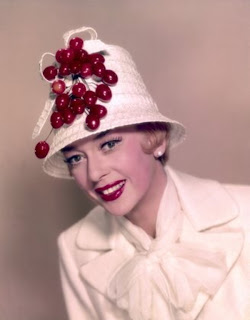 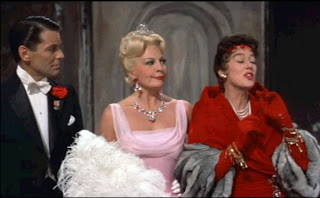 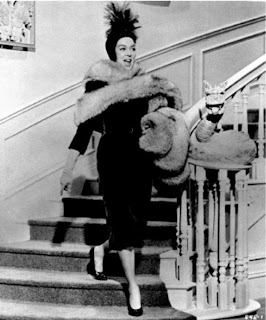 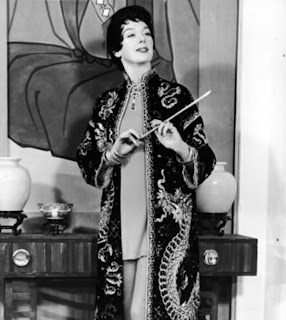 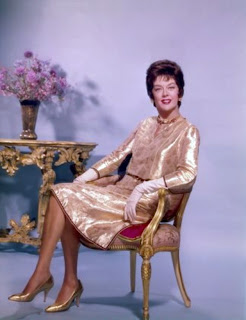 The next few years are spent traveling the world with Beauregard and sending exotic gifts to the fast growing Patrick back at the boarding school. Beauregard, fond of taking pictures of Mame, eventually meets his end on a Swiss Mountain having lost his footing. Mame then returns to her apartment in New York and is encouraged by her friends Lindsay (Patric Knowles) and Vera (Cora Browne) to write her own memoirs. With the apt attention of the socially awkward secretary Agnes Gooch (Peggy Cass) and the occasional help of freeloading poet Brian O’Bannion (Robin Hughes), Mame manages to buy a best seller. 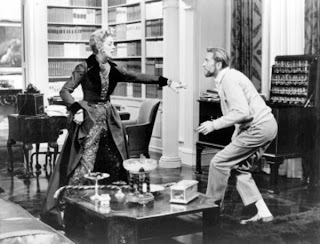 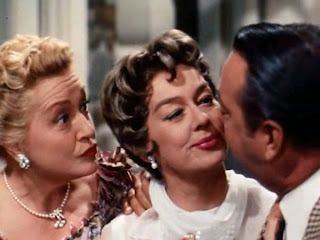 With those funds she plans on opening an art school for Jewish children, namely to spite the Upsons (Lee Patrick and Willard Waterman), the parents of Gloria (Joanna Barnes), Patrick’s fiancée. Boarding school has turned Patrick into what Mame always feared, a stick in the mud. Deciding to investigate Gloria’s parents, she realizes they are really after Patrick’s trust fund. Basically Babcock pimped Patrick out to Gloria. Hoping to have Patrick avoid marrying Gloria, Mame throws an intimate party inviting particular guests she is sure that Babcock and the Upsons will disapprove of. Hopefully Patrick will see Gloria for what she truly is. 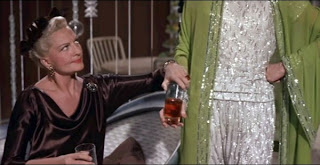