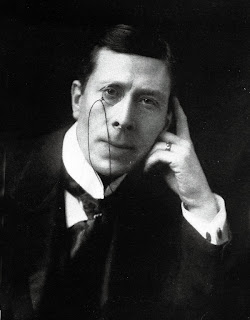 [Reprinted from The Screen Guild Magazine, 1937]

From time to time, the movie public is being shocked by publicity given to instances of cruelty to animals involved in the making of pictures.

Unfortunately, there seems to be very little doubt there is ample foundation for these reports. I have before me an article written in the National Humane Review of October, 1936. It records apparently with great satisfaction that a plan has been agreed upon between the American Humane Association and the Hays organization. This is the plan-- I quote from the article before me:

I submit that this plan is of very little value. I have been associated with films long enough to realize that no director or executive desires to be cruel to any animal, but we all know that the slogan "Anything for the good of the picture!" I am afraid I am of the opinion that there are directors who, if they were told that the filming of certain scenes would possibly involve the death of three or four unimportant actors, would find some way of salving there conscience-- and the scene would be shot! I believe that in such a case the actors would be warned that there was certain danger involved and it would be up to them whether they accepted those conditions. I am mentioning this because I have heard peoples say that the humans also have to suffer and that it is all part of the industry. This is perfectly true, but we must not forget that the humans are free agents and can walk out if they wish to and cannot really be compelled to do anything against their inclination: this is an important difference between the human and the animal.

The Guild has done much to better the condition of the actors and the crowd-workers. I suggest that it should now take a hand in the matter of preventing cruelty to animals; most actors and actresses are sympathetic towards the animal world-- this I know from long experience. They are at times consumed with anger at the indifference displayed in the treatment of animals used in pictures. We all know that it is practically impossible for an actor individually to lodge complaints; he would be regarded as a "trouble maker." But there is no reason why he cannot report to the Guild. I am suggesting that the Guild take over this responsibility with great seriousness and with the determination to stamp out this unfair and unpopular use of animals. I have been connected with more than one picture in which animals have been included; I have never seen an act of cruelty, and I am sure that many other actors have had the same fortunate experience, but that does not alter the fact that cruelty does exist and that there are instances of entire disregard for the fair and humane treatment of animals.

Although I feel very deeply on this subject, I have endeavored to write with restraint. But it is my contention that all actors and actresses who take part in films in which animals are made to suffer in order to increase box-office returns share the responsibility and the disgrace.


Successfully transitioning from stage to silents to talkies, George Arliss held a lot of clout both in front of and behind the camera preferring to pick his own co-stars (which sometime included wife Florence) and directors. He is responsible for allowing Bette Davis to showcase her talent when he insisted on her as his lead in The Man Who Played God (1932), she would forever credit him as the man who helped her to stardom. He best known for his role in the remake of Disraeli (1929) the sound version which won him the Best Actor Academy Award that year.


Tonight on TCM!
Spend the night with Jean Harlow...you won't regret it!
Posted by Sarah at 1:49 PM

Email ThisBlogThis!Share to TwitterShare to FacebookShare to Pinterest
Labels: Arliss, Tuesdays with The Screen Guild Magazine