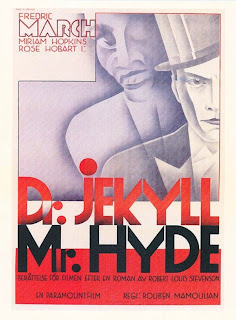 Horrible consequences take place when we let the inner animal out of its cage!

Mamoulian set new bounds by using several advanced camera and editing tricks never before seen in filmmaking beginning with the use of a subjective camera (the first in film history) so that the audience would experience what it was like to be in Jekyll’s shoes and, more importantly, so they would know what it was like to turn into Hyde- essentially get in touch with their animal selves. The audience also got to experience “wipes”, a transitional technique in which one shot is "wiped off" the screen by another shot reminding the audience of good and evil. Interesting close up shots were used as well, particularly horrifying is when Ivy first experiences Hyde’s power over her. There is also an interesting super-imposed image of Ivy’s leg swinging to and fro much like a pendulum, a ticking down of time, a reminder that temptation is about to get the better of Jekyll. But the most significant camera usage comes when Jekyll transforms himself into Hyde. Despite today’s standards of filmmaking, I was extremely impressed with Mamoulian’s magic which boiled down to colored filters and carefully placed make-up. March too, it should be noted, helped greatly with these transformations. What he does with his face, the ticks and twitches he gives Hyde are ingenious.
Mamoulian’s take on Stevenson’s classic novel was also advanced.

Unlike Stevenson’s novel which is portrayed more closely by Barrymore’s Jekyll where Jekyll is corrupted by Muriel’s father Mr. Carew who thinks Jekyll too virtuous, Mamoulian’s Jekyll cites the conflict of between the spiritual man and the animal within him, the battle between good and evil. This Jekyll believes there is an animal caged in all men and he sets about to let him free. Mamoulian also introduces two women- one bad, Ivy and one good, Muriel to help parallel the two sides of Jekyll's nature. This Jekyll is also a pre-code delight, basically boiling down to him being of a lustful nature, but binded by the restrictions of a repressed gentleman in a Victorian society. He can no longer wait for Muriel, his virtuous fiance, he must marry her soon. When admonished by his friend Lanion for his impatience, Jekyll replies, “I am not marrying to be sober, I am marrying to be drunk. Drunk with love and life and experimenting.” Indeed!

It took Mamoulian, a lot of time to convince both Paramount and March to play the dual role of Dr. Jekyll and Mr. Hyde in the first talkie version of the Robert Louis Stevenson novel. But Mamoulian was convinced that though anyone could play Hyde, only March could perfect the dual role. Imagine! Fredric March, Hollywood’s darling and the dreamy matinee idol playing the horrendous monster Hyde! As history shows, Mamoulian was correct and an Academy Award that March surely thought he would not be in the running for when he began filming was awarded with the special distinction that this was the first time and actor in a horror film won. A distinction that lasted until 1991’s Silence of the Lambs was awarded best picture, and garnering Foster and Hopkins with Oscars for their performances. 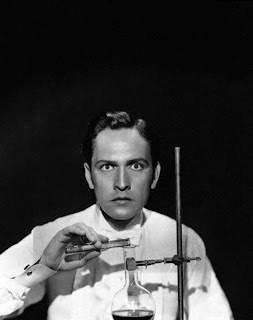 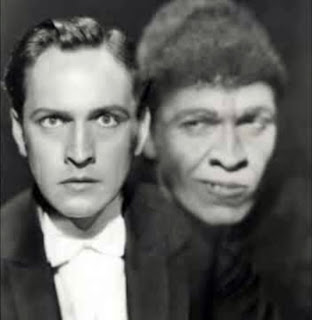 March surely deserved the Academy Award. I consider this film his best performance out of all the films I have seen him in thus far. His Jekyll is so very moving, culminating into the heart-wrenching scene where he must give Muriel up. This is divinely paralleled by his portrayal of Hyde who goes from a young playful ape-like man to a horribly savage beast (another interesting technique of Mamoulian’s who caught a lot of flack about March’s portrayal being too funny. However Mamoulian wanted him to be funny, at least at first.) 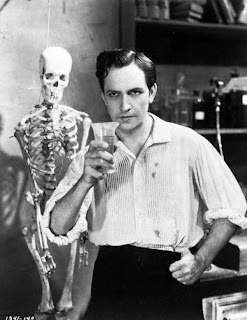 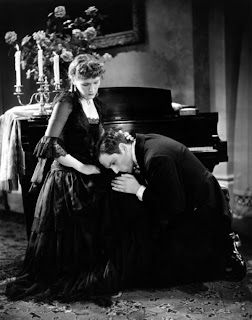 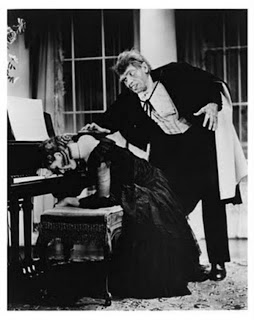 Miriam Hopkins, who oddly enough was not even nominated for an Academy Award, is also notably wonderful in this film. She is given three great scenes and plays them magnificently. When she first meets Jekyll, her ill-concealed lust for him is entertaining. Another pre-code delight as she places Jekyll’s hands on her body, performs a strip tease, and brings him down to her level (on many levels) for a kiss. In contrast, her visible terror of Hyde as he taunts her and demands emotion she cannot give is so realistic and tangible it’s as if you are right there in the room with her. All this culminates into her own heart breaking scene where she ironically begs Jekyll to save her from Hyde, offering all of herself to him. 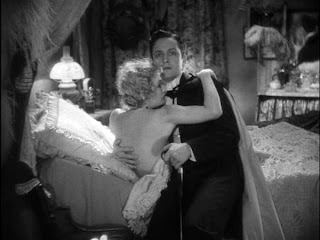 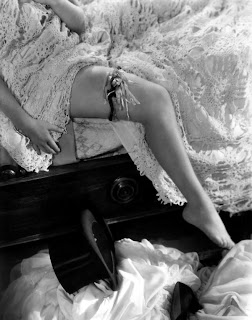 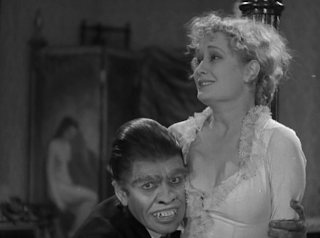 If you have not gotten a chance to see this wonderful film which has thankfully been restored to its unedited version, do so, it is a truly amazing cinematic piece for its time.

Rouben Mamoulian though very deserving, at the very least for this film, was never nominated for an Academy Award though he directed films like Dr. Jekyll and Mr. Hyde and Becky Sharp that garnered nominations for March and Hopkins.

Miriam Hopkins was only nominated once in her career for Best Actress for the film Becky Sharp.


Fredric March was nominated four times for Best Actor and won twice. Once for Dr. Jekyll and Mr. Hyde in which he tied with Wallace Beery for The Champ and for The Best Years of Our Lives. He lost out on his nominations for Best Actor for The Royal Family of Broadway and A Star is Born.
Posted by Sarah at 7:58 PM