Witness for the Prosecution (1957) 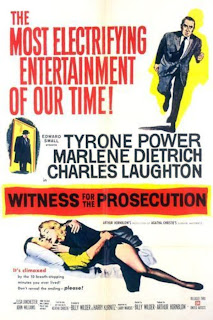 When Leonard Vole (Tyrone Power), is accused of murdering Mrs. French (Norma Varden), a wealthy widow, he is advised by his solicitor Mayhew (Henry Danielle) to seek out a barrister for his defense. The best barrister for the case, Sir Wilfrid Robarts, is currently recovering from a near-fatal heart attack and has been strictly ordered to get involved only in bland, unexciting civil suits. With his irksome nurse Miss Plimsoll (Else Lanchester) watching his every move, Sir Wilfrid must resort to slyness in order to get what he wants. However, Vole’s case intrigues him after he meets the somewhat cold and removed Mrs. Vole and he is determined to take the case despite Miss Plimsoll’s protestations. Thinking Mrs. Vole will not be much help with the alibi; Sir Wilfrid is perplexed when she decides to be a witness not for the defense but for the prosecution. 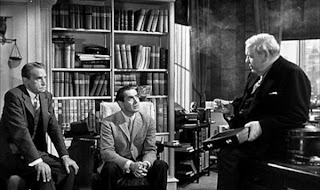 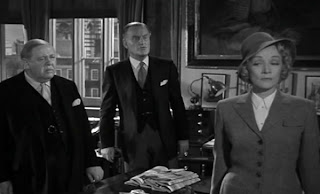 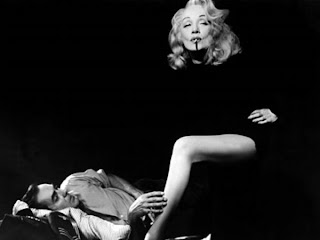 It must have been in Dietrich's contract that she show her legendary gams at least once in each film. 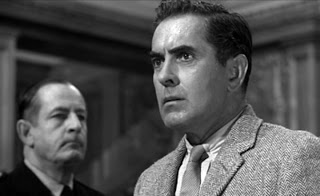 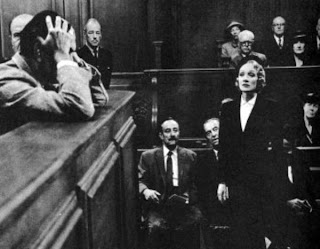 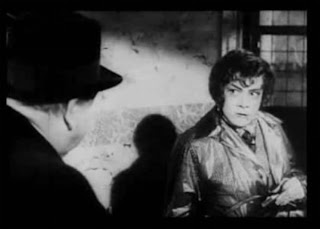 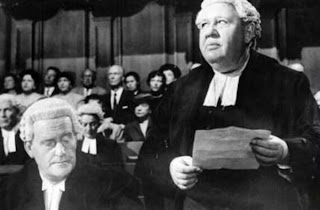 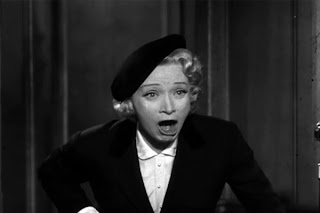 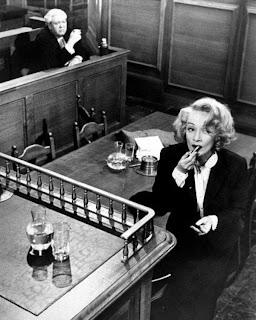 This is definitely a movie I do not want to spoil for anyone. It’s a must see! Cleverly acted by Laughton and Dietrich, there is not a dull moment in the film and the ending is quite a twist. Kudos again for Laughton’s acting, which was much more verbally based in this feature but no less powerful. The scenes between him and Elsa Lanchester were again hilarious and offered comic relief in a suspenseful film. Kudos too for Dietrich who is just as clever and sneaky as Laughton with the added bonus of breaking away from her usually composed and cool characters to grace us with a bit of humanity when she takes the stand for a second time. 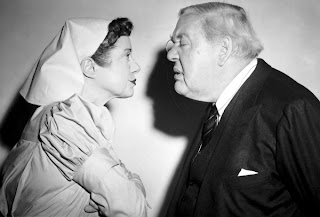 Director Billy Wilder had eight nominations for an Academy Award for Best Director in his career. This makes him the second most nominated director in the history of the Academy Awards, behind William Wyler. Out of these nominations, Wilder won twice for the films The Lost Weekend and The Apartment.


Elsa Lanchester was nominated twice in her career for Best Supporting Actress, first in Come to the Stable and again in Witness for the Prosecution in which she won the award.

Marlene Dietrich received only one Best Actress Academy Award nomination in her entire career and that was for Morocco.

Tyrone Power never received any Academy Award nominations, however, he acted in five films that were nominated for Best Picture: Flirtation Walk, In Old Chicago, Alexander’s Ragtime Band, The Razor’s Edge, and Witness for the Prosecution.
Posted by Sarah at 9:31 AM