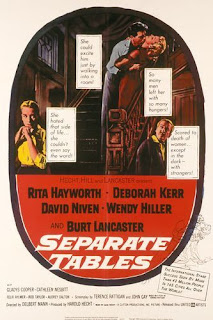 It’s the off-season at the lonely Beauregard Hotel and tensions run high as the long-term tenants lives are stirred up by the arrival of the beautiful Ann Shankland (Rita Hayworth) and the news that Major Pollock (David Niven) is guilty of committing lewd acts in a movie theatre and over-embellishing his war career.
Ann Shankland has arrived to try and win back John Malcolm (Burt Lancaster) her ex-husband. Reaping what she has sewn, Ann is tired of being alone in the crowd and worse yet, growing old alone. John who is secretly engaged to Pat Cooper (Wendy Hiller), the woman who runs the hotel cannot fight the love he  still has for Ann despite knowing that together they are a volatile combination. It takes the wisdom and courage for Pat to let John go and advise he’s the best man to look after Ann who has become more dependent upon a chemical solution to her problems. Meanwhile, the snobbish Mrs Railton-Bell (Gladys Cooper as a more humane Mrs. Vale) dislikes her daughter Sibyl’s (Deborah Kerr) growing affection towards Major Pollock, advising Sibyl not to act so wanton as other people in the hotel are talking about her. She is relieved when she has evidence that the kindly Major Pollock is not what he appears to be. The news is particularly shocking for her frail daughter who realizes that she loves him very much.
The story is intertwined with other minor characters who contribute much to the story. There is the young unmarried couple Charles and Jean (Rod Taylor and Audrey Dalton) who are sleeping together on the sly; the happy-go-lucky Lady Matheson (Cathleen Nesbitt) who’s a bit of a pushover, Mr. Fowler (Felix Aylmer) the former professor who’s a bit of a bore, and Miss Meacham (May Hallatt) who’s a contented spinster with a penchant for gambling. Together they must make the decision of whether Major Pollock should be allowed to stay or asked to go. Alone John must figure out if he and Ann really are better off together. 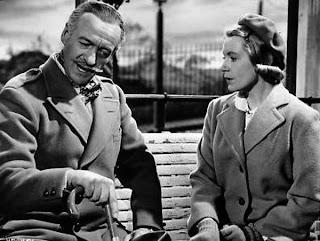 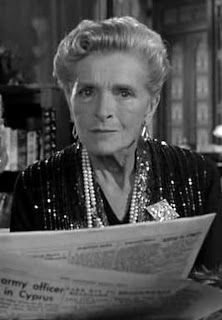 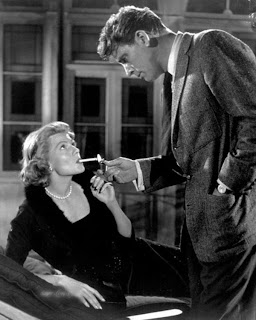 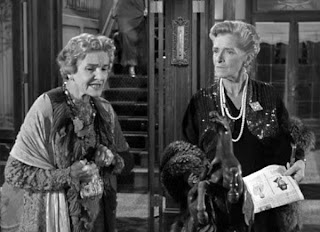 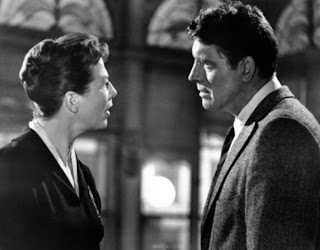 The major theme of Separate Tables is portrayed heavily through the relationships between Sibyl and Major Pollock, Ann and John. They are among the group of residents of Beauregard Hotel who have run there to escape life. All of them in their own way cannot quite cope with their inadequacies in the real world and find comfort in their small domain despite being so different from one another. Their interactions with one another are poignant and emotional. The scenes between Niven and Kerr are devastatingly heart wrenching. When Niven’s Major Pollock opens up about his past and the reasons why he does what he does in the movie theatres, you have a better understanding of how his loneliness drives him to seek out women in the dark. Kerr’s response to him brings you to tears as does the overall reaction of the other residents of the hotel to his dilemma. 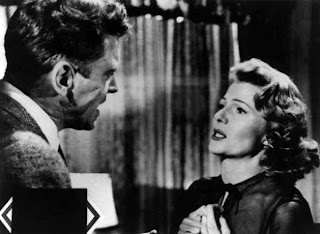 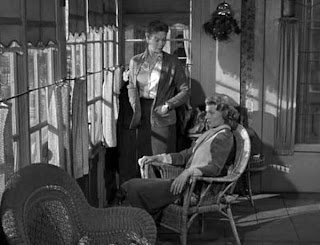 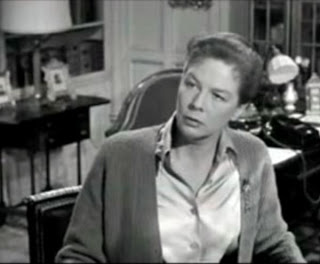 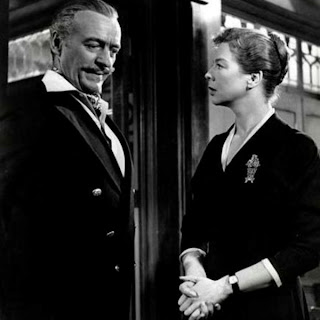 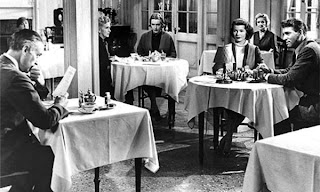 This was David Niven’s first stab at a serious role. Beforehand he had played only supporting roles and mostly as the debonair sophisticate. It was also a wonderful opportunity for Rita Hayworth to flex her dramatic chops and get away from the roles that concentrated only on her beauty. When Laurence Olivier and Vivien Leigh backed out of the film, Hayworth, who was married to producer James Hill asked for the part. Wonderfully executed, Separate Tables is a thought-provoking and interesting look into the lives of people set apart and how they slowly come to the realization that they truly depend upon one another. 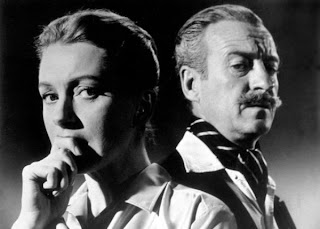 Oscar trivia:
Gladys Cooper was nominated three times in her career for Best Supporting Actress for
Now Voyager, The Song of Bernadette, and My Fair Lady.
Wendy Hiller was nominated twice in her career for Best Supporting Actress for Separate Tables in which she won, and for A Man for All Seasons.
Deborah Kerr was nominated six times in her career for Best Actress for her roles in Edward, My Son, From Here to Eternity, The King and I, Heaven Knows, Mr. Allison, Separate Tables, and The Sundowners. Though she never won for any of these roles, in 1994 she received the Academy Honorary Award.
David Niven had a sole career nomination for Best Actor and won for his role of Major Pollock in Separate Tables. He was also a co-host of the 30th, 31st and 46th Academy Awards ceremonies and is considered to have one of the most MEMORABLE moments onstage while presenting.
Rita Hayworth: Despite appearing in 61 films over 37 years, including leading roles in successful, classic films like Gilda, she never received an Academy Award nomination.
Burt Lancaster was nominated for the Best Actor award four times in his career for From Here to Eternity, Elmer Gantry, Birdman of Alcatraz, and . He won for his role in Elmer Gantry.
Posted by Sarah at 8:05 PM