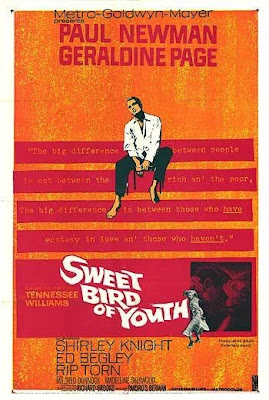 Chance Wayne (Paul Newman) loves Heavenly Finley (Shirley Knight), the daughter of wealthy 'Boss' Thomas J. Finley (Ed Begley), a corrupt and ruthless politician who rules the town of St. Cloud, FL. Through sneaky interactions, Finley manages to break Chance and Heavenly up- first by encouraging Chance to go out into the world and prove himself and then, when Chance comes back into town a success, offering him up as a volunteer for the Korean war in front of the town. After being discharged from service due to nerves, Chance comes rolling through town again long enough to see Heavenly and then he's off to Hollywood yet again to build up the fame he lost by going to war. 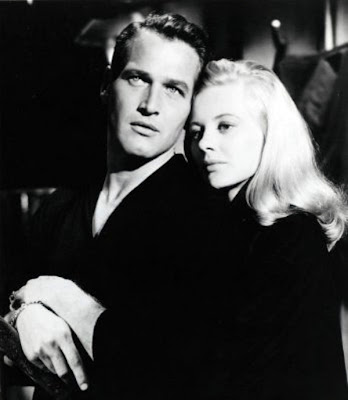 The movie opens up when, Chance rolls back into St. Cloud with the drunken and tempermental Alexandra Del Lago (Geraldine Page), a once great movie actress whose star has since faded. Chance uses his golden good looks and blackmail to achieve a contract from Alexandra that will allow him to get a screen test. Now all he needs is Heavenly and he will be set. 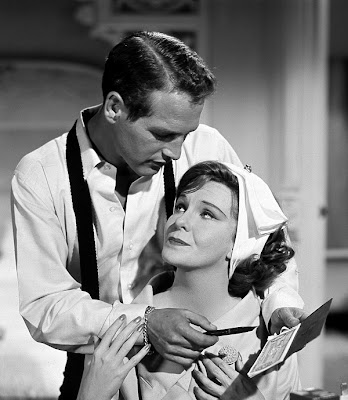 Heavenly, impregnated by Chance during his last visit, dreams of a reunion with her old beau, but Finley and his brutish son Tom Jr. (Rip Torn) make certain that no such reunion occurs. Warned to leave town or else, Alexandra feeling threatened, tries to get Chance to leave. Instead he leaves her alone at the hotel to go in search for Heavenly. 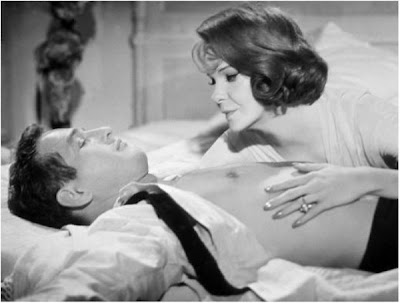 Once he's back at the hotel Alexandra, reinforced by learning her recent "comeback" film has proven a success, cruelly tells Chance she will use him as a chauffer only, that he won't get his screen test, and that he's already past his youth. Blackmail or no she will use him as she pleases until she no longer wants him. 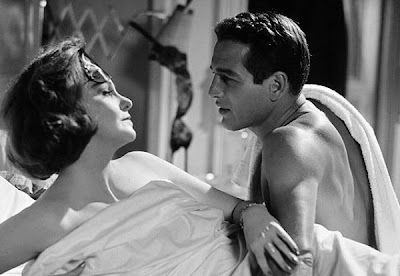 Meanwhile, a political rally is taking place outside the hotel for Finley and everyone learns that Heavenly recieved an abortion. Alexandra, taking pity, begs him to come away with her but Chance refuses. Instead he searches out Heavenly at her home but before he finds her, her brother has marred his face, his meal ticket so to speak. Not concerned really as long as he has Heavenly, she finds him and they finally run away together. 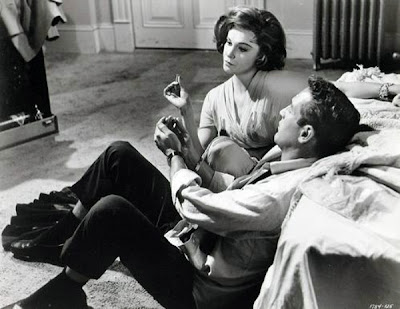 A good movie despite the overacting. Seems like you can always tell who has played the part in the play before the movie was made. Paul Newman is mesmerizing with what seems to be an innate ability to channel sensitivity, masculinity, charm and humor all in one role. What a gorgeous man! It was also a trip to see a young Rip Torn!

Summer Under the Stars: James Coburn