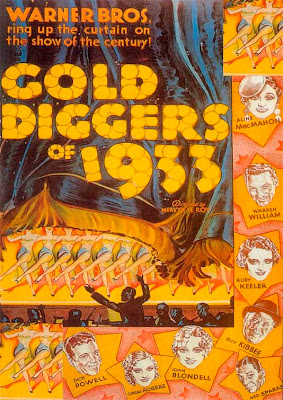 I loved the opening scene of this film! I have never paid much attention to Ginger Rogers as I really only know her when she's partnered with Fred Astaire and those sorts of movies I don't usually watch. Anyway, a young Ginger Rogers is absolutely adorable! The scene opens up with her singing We're in the Money accompanied by scantily-clad showgirls dancing with giant coins. Better yet, Rogers sings one verse in Pig Latin.
Filmed at a particularly low point of the Depression era, the film has many references to it. Beginning with this opening scene which is eventually interupted and shut down due to unpaid bills. 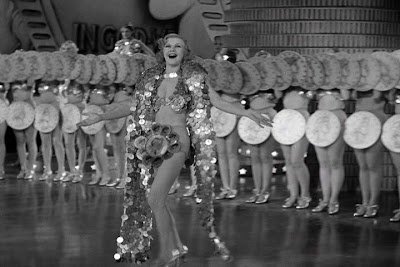 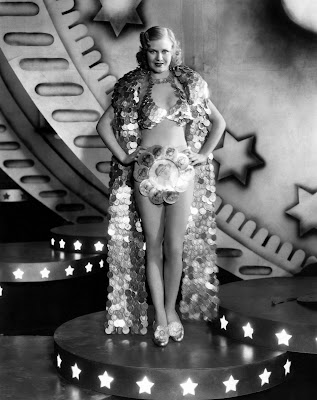 With the show a no go Polly (Ruby Keeler), Carol (Joan Blondell), Trixie (Aline MacMahon) and Fay (Ginger Rogers) have no way to pay the bills or even feed themselves. But then Barney Hopkins (Ned Sparks) the producer gets the girls hopes up by telling them his idea for a new show all about The Depression, packed with fabulous ideas and a cast to go along with it all he needs is a financial backer. Enter Brad Roberts (Dick Powell), the girls' neighbor and Polly's boyfriend, who can conveniently play piano and financially back the show. He has just one request and that's to be left out of the show. This causes much speculation since he will also not say where he got the money from.Then opening night the lead man suffers a case of lumbago and to save the show and all the people who have worked so hard for it, Brad agrees to perform. The publicity brings out the truth, Brad is in fact a millionaire's son whose family does not want him associating with the theatre. Now we get intot he meat of the story and why the movie is entitled so.
Brad's brother, J. Lawrence Bradford (Warren William) and the family lawyer, Fanuel "Fanny" Peabody (Guy Kibbee) arrive in New York with the goal of preventing him from being seduced by Polly whom they consider, like all actresses, a gold digger. Mistaking Carol for Polly, Lawrence insults both her and Trixie by offering to pay her off and telling him his opinion of actresses. Trixie, sees revenge a few expensive shiny things in her future. She tells Carol her plan and they set about to exploit both Lawrences and Fanny.
What starts out as a gag turns into Carol and Lawrence falling in love, then Trixie marries Fanuel, while Brad married Polly on the sly.
Overall, the film was funny and the musical numbers weren't too tedious even though it wasn't until Joan Blondell's closing number Remember My Forgotten Man that we saw anything in the show that even related to the Depression.
I'm also disappointed to find that there are no good pictures of Aline MacMahon from this movie. I could only find the photo below. It's the scene where Trixie overhears Lawrence trying to pay off Carol, who he thinks is Polly. 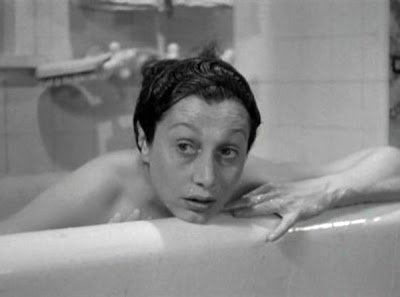 Also these photos showing Joan Blondell posing with Guy Kibbee are incorrect as he was MacMahon's target. Tsk, tsk, anything to draw in a crowd. Guess MacMahon wasn't star material. However, though she was not completely likable in the film, she did carry most of it with her wise-cracking commentary. 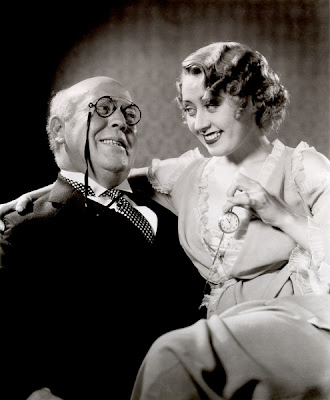 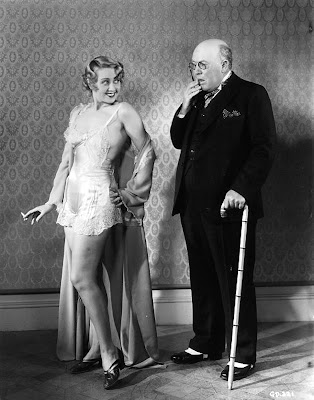 Summer Under the Stars: Harold Lloyd
Posted by Sarah at 5:00 AM