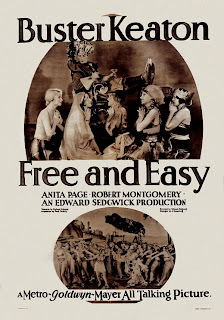 Elmer Butts (Buster Keaton) is the bumbling manager to Queen of Gopher City Elvira (Anita Page), who is a beauty contest winner and his secret crush. Along with her overbearing mother played by Trixie Friganza, Elvira is going to to try and become a star. On the way they meet movie star Larry Mitchell (Robert Montgomery) who is instantly smitten with Elvira. He invites them to his upcoming premiere at Grauman's Chinese Theatre where Elmer is mistaken for William Hanes (much to the actual Hanes delight). Trying his best to promote Elvira, he mostly makes a fool of himself. The next day Elvira and her mother are invited to the studio by Larry to watch him perform in his current movie. Elmer, having been left out due to his antics the night before, manages to sneak onto the studio lot where he accidentally wreaks havoc on various sound stages that include famous people such as Lionel Barrymore, Karl Dane, and Dorothy Sebastian. Larry, who genuinely likes Elmer tries to get him a job but the director miscasts him in the part and he’s thrown off the set. Larry tells him to go to the transportation department on the lot so he can get a ride home but the manager mistakes him for a new driver. He is assigned to be Larry’s driver and must watch as Larry tries to seduce Elvira. Hurrying off to fetch Elvira’s mother, they arrive to find Elvira crying. Elmer tries to attack Larry and is knocked out in the process. However, Elvira’s mother knocks him out. When the men come to and start talking, they realize they knew each other as kids. Larry, who is remorseful for trying to seduce Elvira, decides to try and get Elmer another acting gig. This time the casting is perfect and even Elvira’s mother gets a part in the show. Elmer is a big hit and wins himself a studio contract. However, Larry wins Elvira much to Elmer’s dismay. 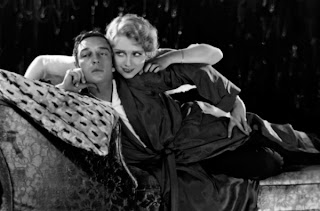 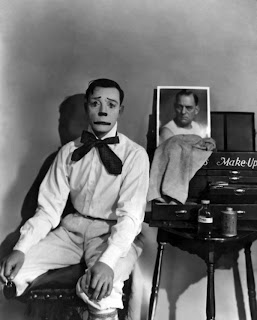 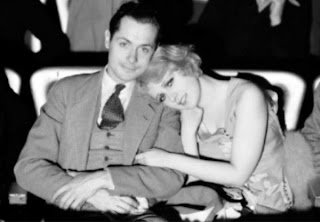 I don’t know about anyone else, but I have been enjoying TCM’s tribute to Buster Keaton this month. Knowing him only as the silent comedian who lit up the screen with his CRAZY antics (I mean Harold Lloyd and Charlie Chaplin are fantastic but the physical body comedy Keaton performed goes above and beyond) it was a delight for me to watch him in a talkie. Despite the odd pacing and random story line so typical in early 30’s film, Free and Easy was a delight mostly due to Keaton and Friganza. Their interactions with one another are hilarious! I also got to watch the short documentary on Keaton So Funny It Hurt; Buster Keaton and MGM, a poignant title in that his years at MGM after being an independent actor for over a decade basically ruined him. I was not aware that MGM played such an integral part of the disintegration of his stardom and aided his descent into alcoholism. Nor was I aware that once he was able to straighten his life out, that he did so much work, often uncredited, behind the scenes- he recycled his on-screen gags and wrote new material for the likes of Red Skelton and the Marx Brothers. If you haven’t had a chance to check out his body of work- tune in this Sunday as TCM continues to pay tribute to one of the greatest physical comedians ever!
Side note:
Be on the look out for Ann Dvorak who is uncredited in this film- she's pretty easy to spot!
Tonight on TCM!
The Big Combo (1955) A police detective tries to convict a mob boss by going to the man's girlfriend.  Dir: Joseph Lewis Cast: Cornel Wilde, Richard Conte, Brian Donlevy.
Posted by Sarah at 7:06 AM