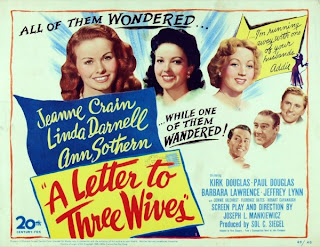 Leaving on a day outing on the river with a charity organization for orphaned children, three suburban housewives receive a note from Addie Ross (narrated by Celeste Holm), a friend whom each wife consistently measures herself against. Addie states she has run off with one of their husbands but does not give a name. As the day wears on, each woman thinks back on her marriage, coming up with likely reasons as to why her husband is probably the one. Deborah (Jeanne Crain) a former farm girl, captured her husband Brad’s (Jeffrey Lynn) attention during the war by looking quite smart in her war uniform. Unfortunately, she feels she doesn’t measure up in her civvies compared to the more sophisticated Addie who used to date Brad before the war. Rita (Ann Sothern) thinks that perhaps her career as a radio writer has led her to neglect her husband George (Kirk Douglas) a high school teacher. George admits after a strained dinner party with Rita’s bosses that she is no longer the independent woman he fell in love with. Instead, she has been led by fear to depend on a job that he has no respect for- feeling it’s ruining society as a whole. Rita also forgot his birthday with the planning of this party and is disappointed to find that Addie sent over the perfect gift, which George loves. Lora Mae (Linda Darnell) a girl from the wrong side of the tracks recalls her courtship with department store magnate Porter Hollingsway (Paul Douglas). Using all her tricks to get him to marry her, knowing that he would definitely prefer Addie who he finds class personified, Lora Mae manages to snag Porter in order to become more respectable.
Each wife is faced with the challenge of going home to see if their husband is the lucky man. 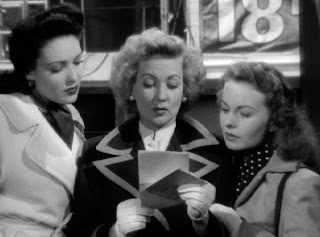 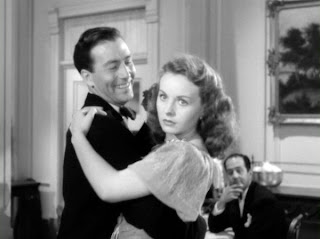 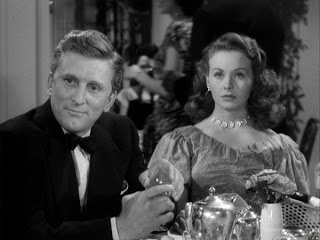 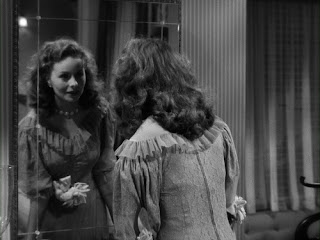 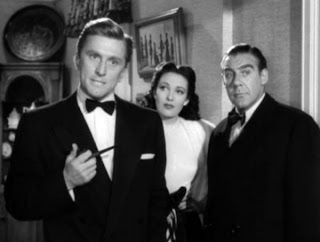 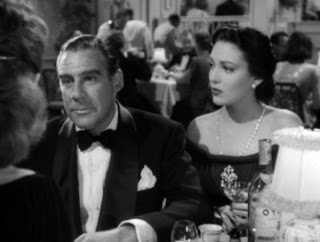 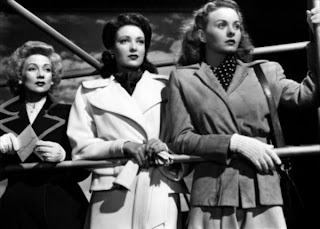 Linking three stories of three marriages in three separate social classes with impressive sound effects and ingenious flashbacks, Joseph L. Mankiewicz successfully weaves a most interesting story, that will capture your interest from beginning to end.
Douglas plays a smaller but no less powerful role as George, a teacher who’s very interested in gaining and giving knowledge but severely disappointed in how radio is destroying the English language. The scene between him and Rita’s boss, Mrs. Manleigh (Florence Bates) is fantastic. All in all, each actor in the film played their part wonderfully, especially the wise-cracking and lovable Thelma Ritter in her third film. If you haven’t had a chance to see this film, do! It’s highly entertaining! 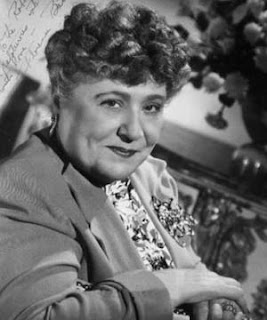 Hey!
Did you know that Florence Bates graduated with a mathmatics degree, went on to pass the bar and become a lawyer, quit that to be a mother, then operated her parent's antique business, then became a bilingual radio commentator used to foster good relations between the US and Mexico, then married a wealthy oil tycoon, then opened a bakery when they lost all their money, and then worked the stage until she was introduced Hitchcock and finally settled on a career as a screen actress? What a life!