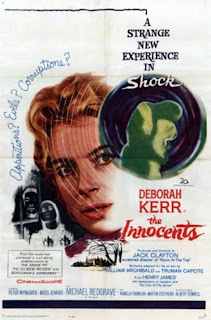 Based on Henry James wonderful novella The Turn of the Screw, The Innocents features the wonderful talent of Deborah Kerr playing Miss Giddens, a minister’s daughter well out of her first blush of youth. Taking her first position as something more than a  governess, she will assume sole responsibility of  Miles (Martin Stephens) and Flora (Pamela Franklin). Their uncle, played by Michael Redgrave in a brief cameo, states quite frankly that he doesn’t have the time nor the inclination to care for them. Indeed, he was highly inconvenienced when their former governess Miss Jessel (Clytie Jessop) suddenly died. He would like her to have full charge of the children and explicitly states that she not bother him with communications of any sort. Miss Giddens, who has a hard time keeping the delight of this new position out of her countenance, dutifully heads to the beautiful country estate where the children live. While checking out the beautiful grounds, she hears someone call Flora’s name but sees no one. When she meets Flora who seems a delightful child she is heartened by her easy-going demeanor and they head to the house to meet the housekeeper Mrs. Grose (Meg Jenkins). Impressed with all she sees, Miss Giddens is glad she has taken on the position. 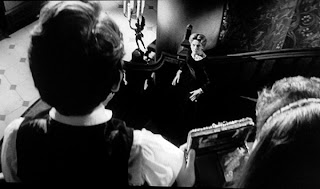 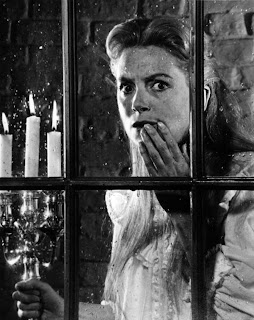 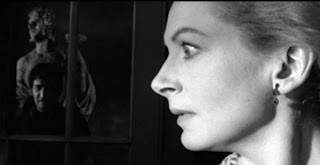 Miles soon returns from school just after a letter arrives from the headmaster stating that he has been expelled with the ambiguous excuse that he is a terrible influence on the other boys.  Giddens is charmed by Miles and has a hard time reconciling what the school could have meant. She doesn’t press the issue. Soon after, Giddens begins to see the figures of a man and woman she does not recognize. When she tells Miss Grose about her sighting and explains the man’s looks, Mrs. Grose explains about the prior inhabitant Mr. Quint (Peter Wyngarde) and Miss Jessel whom, were sexually involved and not especially discreet about it- indicating that the children may have seen some things they would not understand.  Mrs. Grose explained that Quint dies mysteriously one night and that Jessel, overcome by grief, killed herself soon after. 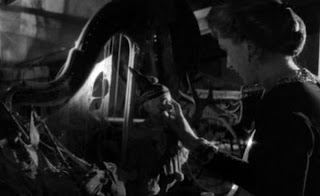 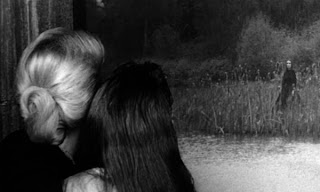 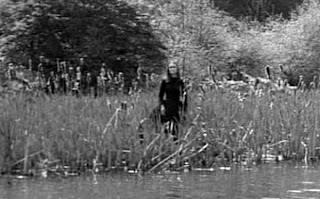 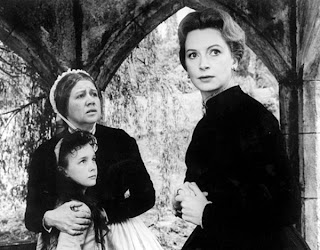 When both Jessel and Quint start making more appearances, Giddens is convinced that they have some strange hold on the children, she also thinks that secretively, they see the ghosts themselves. Trying to get them to talk about what they saw before the two deaths proves impossible and though Mrs. Grose claims to believe her, Giddens still feels alone in her mission to get the children free from the ghosts’ clutches. Things unravel as Jessel makes another appearance and Giddens tries to get Flora to admit she sees her. Flora is taken away in hysterics by Mrs. Grose who admits that she has never heard such foul language from a small child. Forcing Mrs. Grose to take Flora to her uncle and sending all the servants away, she focuses all her attention on Miles, convinced that if he admits Quint’s name, he will be free of him. 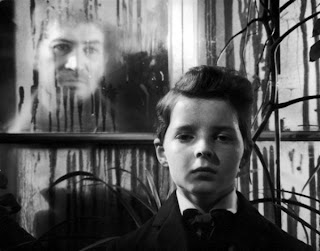 I have seen a few versions of The Turn of the Screw, including my favorite version with Lynn Redgrave. Like the other versions and with the book, I began to question the sanity of the governess. However, Kerr’s Miss Giddens was quite sure she was sane. Considered by most to be Kerr’s best work, she plays a very compelling governess whose secrets are just barely on the surface, allowing the children to take advantage. The cast as a whole is spectacular in each of their roles. The Innocents is a truly spooky (Miss Jessel among the weeds in the rain- goosebumps!) Gothic horror film that was shot brilliantly with the help of Freddie Francis the Director of Photography. In fact, often times Kerr would have to wear sun glasses between scenes because his usage of the klieg lights was intense to say the least. Definitely a must see!


Tonight on TCM!
The Story of Temple Drake (1933) ...Ohhh! I have been waiting to see this!
A society girl gets mixed up with blackmail and murder after a vicious sexual assault.
Dir: Mitchell Leisen Cast: Gene Tierney, John Lund, Miriam Hopkins
Posted by Sarah at 6:20 AM