Covering the span of ten years, The Private Life of Henry VIII begins with the execution of Anne Boleyn (Merle Oberon in her first substantial part) and Henry’s marriage to Jane Seymour (Wendy Barrie). When Jane dies after baring Henry a son, Henry is encouraged to marry again. He does so…very reluctantly to Anne of Cleves (Elsa Lanchester real life wife of Charles Laughton) who cleverly arranges for a divorce so that she may be with her true love. When it is suggested that Henry marry again, this time he does so for love. However, Katherine Howard (Binnie Barnes) is more in love with the crown than Henry, and soon finds that little happiness lay inside that wretched circle. She begins an affair with Thomas Culpepper (Robert Donat) which ends disastrously with them both being executed once caught. Henry’s final marriage is to Catherine Parr (Everly Gregg) who is best summed up in the last line of the film, “Six wives, and the best of them is the worst”. 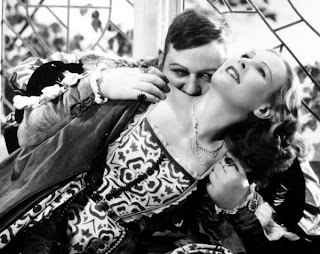 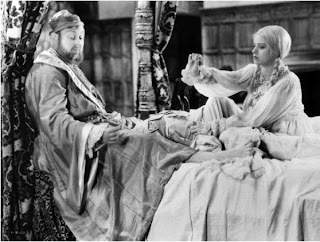 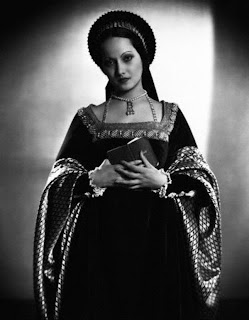 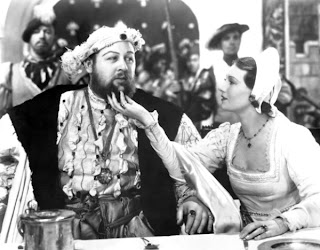 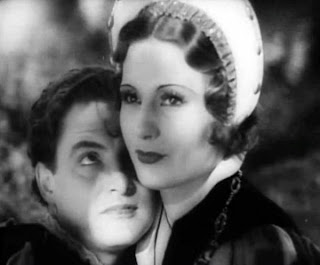 The film itself, though not historically accurate or even a great masterpiece, offers us a view into Henry’s private life, behind closed doors, away from his subjects. Laughton, whose acting is the treat of the film, literally “rounds” out the king to which he very much resembles, running the gamut of emotions from hearty statesman to childish tyrant. We watch how his marriages mellow him from an impatient bridegroom to the most reluctant. Most of Laughton’s genius in this film is physical. The way he shapes his face when he agrees or disagrees with something, his gaping duck walk made to look powerful but knowingly ridiculous. I think it was Maureen O’Hara that once said that Laughton could convey so much simply by physical action. 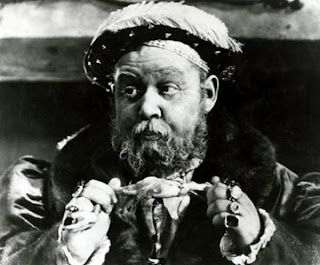 The best scene in the film for me is the interaction between him and Elsa Lanchester, Laughton’s actual wife.  Ironically Anne of Cleves is the wife he considers most undesirable. For her part, Anne does all she can to look undesirable. When she outwits him at cards and convinces him she would find a divorce most amicable, their wordplay is most humorous.
Oscar Trivia:
Henry VIII is the only character played by three separate actors that garnered each and Academy nomination with Charles Laughton winning Best Actor for his portrayal. The other two actors were Robert Shaw (of Jaws fame) in A Man for All Seasons and Richard Burton in Anne of the Thousand Days.
The Private Life of Henry VIII also holds another distinction for being the first film shot outside of to be nominated for an Academy Award.
Elsa Lanchester was nominated twice in her career for Best Supporting Actress, first in Come to the Stable and again in Witness for the Prosecution which also garnered Laughton with his second Academy nomination. This film also marked the last of the twelve the couple made together.
Robert Donat was also nominated twice for the Academy Award. He lost out for Best Actor in The Citadel but was victorious the next year with the Best Actor award for Goodbye Mr. Chips.
Posted by Sarah at 8:53 PM