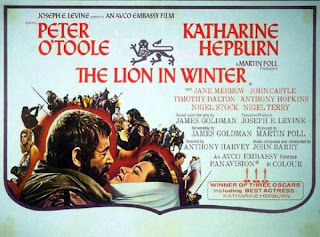 The Lion in Winter concerns the dysfunctional family of King Henry (Peter O’Toole) and his wife Eleanor of Aquitaine (Katharine Hepburn). Eleanor, who has been kept imprisoned in a tower for the past ten years due to her efforts in raising civil war against Henry in the past, has been let out for Christmastide and the visit of King Philip II of France (Timothy Dalton). Due to the death of their heir apparent Henry, King Henry must name a new heir from their three sons, Richard, Geoffrey, and the youngest, John. All of who are vying for the privilege of being the next king. Eleanor favors Richard (Anthony Hopkins), while Henry favors John (Nigel Terry). Poor Geoffrey (John Castle) isn’t considered at all. To complicate matters, the young Phillip is visiting expressly to remind Henry of a treaty he signed many years earlier with his father King Louis (who was once Eleanor’s husband until their marriage was annulled), promising Philip’s sister Alais’ (Jane Merrow) hand in marriage to Henry’s heir. However, Alais has been Henry’s mistress for the past few years, and Henry secretly hopes to marry her off to John but keep her for himself. 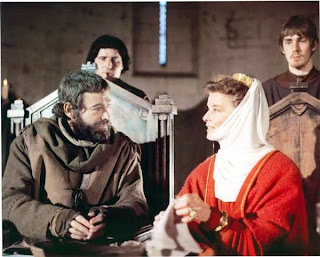 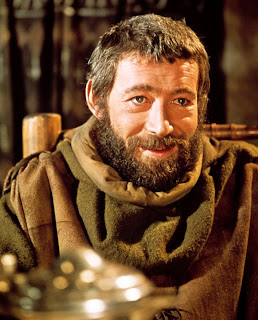 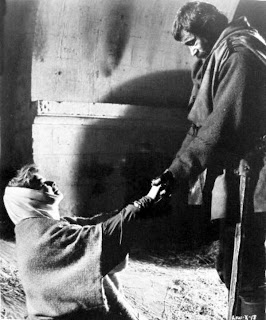 When it becomes apparent that Eleanor and Henry will spend Christmas trying to outmaneuver, scheme and plot for their choices of heir with no consideration for him, Geoffrey begins to plot with King Phillip, planning a war against his father. A plot that will eventually include his younger brother John who ignorantly believes his father when he announces to Eleanor that Richard will be king. Not seeing it for the sneaky maneuver it really is, Henry will discover Geoffrey and John’s plan. Combined with his sudden knowledge that Richard prefers men to women, Henry realizes that he wants none of his sons to be the next king. After much consideration, he decides to annul Eleanor, marry Alais and make new heirs. A tricky maneuver Eleanor immediately pounces on due to Henry’s age, his inability to will Alais to bare sons, and even then, his inability to protect said sons Richard, Geoffrey, and John who would naturally fight for the throne.


The Lion in Winter explores many themes beyond the dysfunctional family such as political maneuvering, love loss, aging, death, and of course, inheritance. Filled with much plotting and scheming, it’s difficult to believe what and who is true or false. 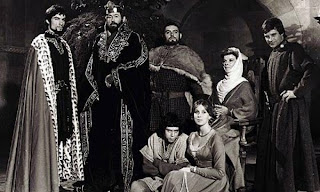 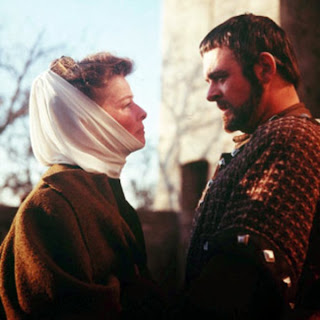 Hepburn, in what I consider to be her best role yet (this is no Hepburn of the 30’s and 40’s here), elicits such sympathy as the independent yet pitiful Eleanor, a woman who still loves her husband but only arouses his passion through anger and insult. Though she manages to tolerate seeing Henry with Alais (a girl she had a hand in raising), her jealousy is translated through civil war against her husband using her son’s rivalry to aid them in committing treason and even possibly, murder. 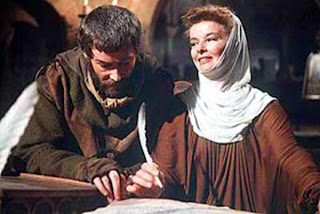 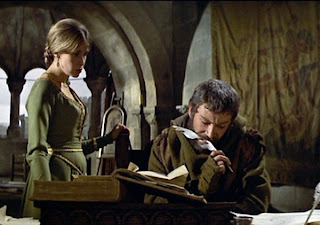 O’Toole, who continues his reign as Henry II from the earlier film Becket (1964) does so masterfully. In Becket, his Henry is portrayed over a number of years, he is young, impetuous, a serious womanizer, warrior, and lover of all things fun. However, by the end of the film, some of that fire has gone out of him with the death of Becket. In The Lion in Winter, he is much tamer but still has the strength to roar when the situation calls for it- mostly when Eleanor is around. Like when she confesses she slept with Becket and his father. She knows how to goad him, in a way trying to prove there is still love or passion there. There is, making it all the more heartbreaking that they cannot get along better. They have been at war so long, that neither knows a better way to communicate beyond taunts and insults. 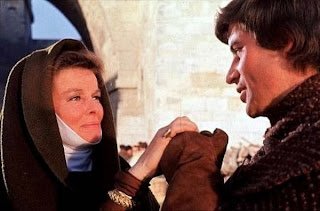 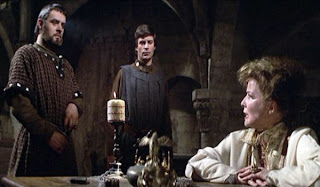 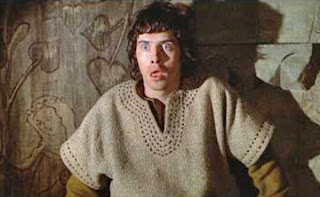 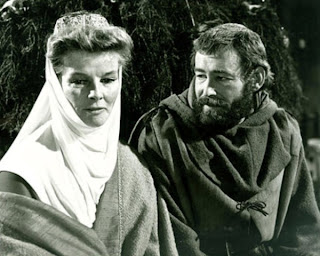 Beyond O’Toole and Hepburn, The Lion in Winter also features great acting from newcomers Anthony Hopkins and my long-time crush, the ever-handsome Timothy Dalton (who made a perfectly wonderful 007, in my book). I highly recommend this film. The dialogue alone is quite a treat!

Tonight on TCM!
Featuring director Josef von Sternberg!
Posted by Sarah at 10:24 AM