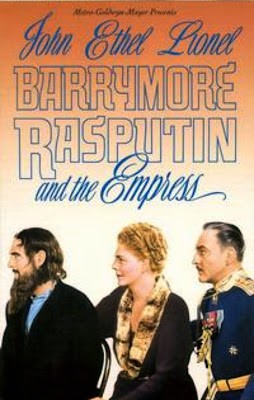 Rasputin and the Empress is the story of the monk Rasputin and how he plotted to rule Russia. A story that is in much dispute today, Lionel plays a nasty creature who gets an extremely violent comeuppance delivered by brother John as Prince Paul Chegodieff . It's the first and only feature length film to have all three Barrymores acting in it- a feat that only Thalberg managed to accomplish as Ethel was always the hold out, preferring the stage to the screen. They had once played themselves in a National Red Cross Pageant in1917 to raise money for the Red Cross during World War I. Secretly, I think Ethel held out because she was tired of having to show her side profile. Seriously, we get it, they're Barrymores, they have distinct profiles. 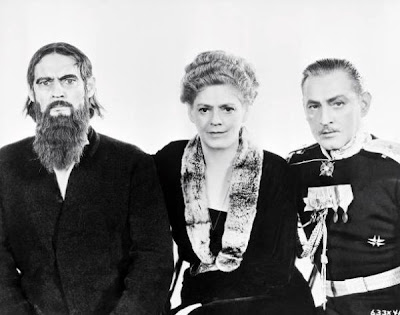 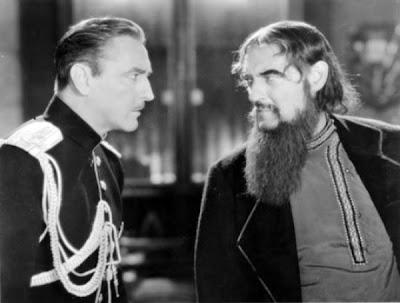 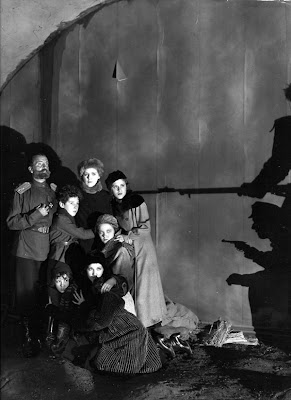 Overall the film was good if a bit drawn out in some areas. There was also a bit of controversy surrounding it. If you watch the film, you will notice that in the first half, Princess Natasha (Diana Wynyard) is an avid supporter of Rasputin, and in the second half she is extremely afraid of him, for no apparent reason. I assumed, like most viewers would today, that she had been raped by Rasputin and they simply didn’t put it in the film. However, I read that Irving Thalberg fired screenwriter Mercedes de Acosta when she refused to write a scene involving a meeting between Rasputin and Princess Irene Yusupov which she knew did not occur. (Prince Felix Yusupov, one of Rasputin's assassins, was a close friend of de Acosta.) Sure enough Yussoupov sued for libel due to a scene which suggested that his wife had been raped by Rasputin. MGM lost the suit, and the scene was cut.
Tonight on TCM! Yippee! Another Powell and Loy vehicle with Frank Morgan to boot!
The Great Ziegfeld (1936) Lavish biography of Flo Ziegfeld, the producer who became Broadway's biggest starmaker.Cast: William Powell, Myrna Loy, Luise Rainer, Frank Morgan Dir: Robert Z. Leonard
Posted by Sarah at 5:31 AM

Email ThisBlogThis!Share to TwitterShare to FacebookShare to Pinterest
Labels: Barrymore, Rasputin and the Empress, Thalberg, Wynyard