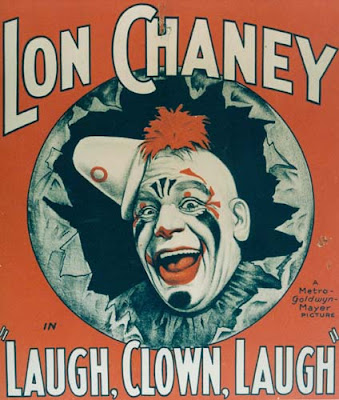 Tito (Lon Chaney) is a clown who has bouts of uncontrollable crying; Luigi (Nils Asther) is a wealthy man who has bouts of uncontrollable laughter. Both are in need of the same cure- the love of a good woman. Unfortunately, despite making a pact to help one another, they have unknowingly set their sights on the same woman, Simonetta (Loretta Young). Tito found the abandoned Simonetta and raised her from a baby to the woman she is today (Young was only fourteen when she starred in this role) and feels guilty about his love for her. Luigi had a run in with Simonetta when he caught her trying to take a rose from his garden. Simonetta was exposed to his womanizing ways as she observed Luigi trying to appease his latest paramour's jealousy over her.
When Tito and Luigi meet at their doctor's office and realize they can be of assistance to one another, they start spending more time together despite Simonetta's secret dislike of Luigi. When Luigi tries to persuade her to be his wife with pearls, Simonetta admits to her assistant that she loves Tito and could never leave him. Tito confronts Luigi about the pearls and they realize they both love Simonetta. Luigi strikes a deal- if Simonetta refuses him, he will step aside. At first Simonetta does but when she see Luigi has changed and honestly loves her, she agrees to marry him much to Tito's sadness. While spending time away from Tito visiting friends and family of Luigi's, Simonetta realizes she misses Tito, returns to him and confesses her love for him. As she leaves to tell Luigi she cannot marry him Tito convinces himself she is only saying she loves him out of pity. He goes into rehearsals for his next show with intentions of taking care of the problem himself- with death. 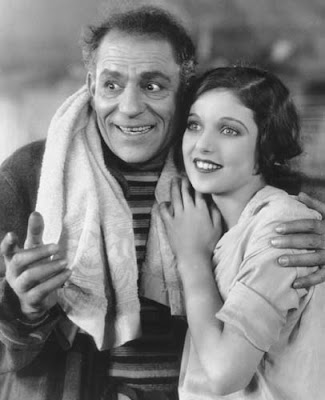 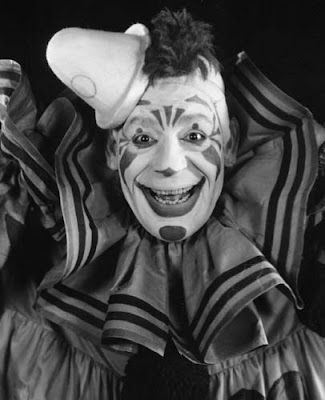 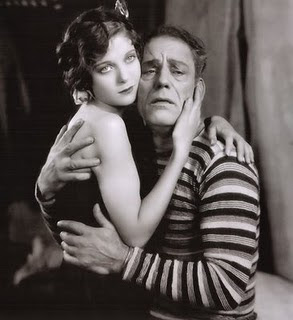 This is a very moving film and though I do not know much about Lon Chaney beyond him being a man of a thousand faces, the movies I have seen him in are always heartbreaking in that he represents a man truly aching with love for women who do not return his affections. With Laugh, Clown, Laugh I was hoping throughout the film that this would be different, that Chaney would finally get the girl and the love he deserved. In this case, he did have the love, he just couldn't believe it. As for Loretta Young, she is so young in this picture! I cannot get over how absolutely beautiful she was. Apparently she did not like Herbert Brenon who directed the picture and was nasty to her whenever Chaney wasn't on the set.

Loretta Young on Lon Chaney:
"I didn't know him at all personally, except how he treated me on the set. And that was in a very protective manner. I have always felt that there are stars, and then there are actors. The stars didn't necessarily have to be good actors---they were stars! And that's because their personality was so charismatic that you just couldn't stand it! Douglas Fairbanks I don't think was a great actor, but he was a great star. Chaney was an actor."
"I think Lon Chaney was able to separate his work from his life. When he was working, he actually was not in this world at all. He was just inside that character so if that character was up, he was up. If the character was down, he was down."

Thanks to Jon C. Mirsalis for some of the photos and the Loretta Young quote.
Tonight on TCM!
Comrade X (1940) An American warms up an icy Russian streetcar conductor. Cast: Clark Gable, Hedy Lamarr, Oscar Homolka, Felix Bressart Dir: King Vidor
Posted by Sarah at 6:03 AM