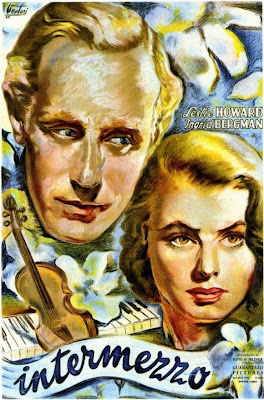 Intermezzo, a Love Story is a highly symbolic story about a married man Holger Brandt (Leslie Howard) who meets a younger, unmarried woman, Anita (Ingrid Bergman in her first American film), they fall in love over their passion for music, they get together and then realize they have no future and decide to move on. It’s a Winter-Spring romance emphasized after a shared meal that ends on a bridge with the soon-to-be lovers looking down upon the melting ice that slowly rolls along with the river, symbolizing the arrival of Spring and a new season in their lives.
Further symbolism can be seen in what isn’t said. All the characters use music to speak their truths when words fail them either by playing it themselves or listening to it on the radio. We also learn of the two lovers styles through their music. Both Anita and Holger are bold but Anita plays with an open passion that speaks of her youthfulness while Holger’s playing is gentle and sentimental, bold but in a well honed, wise way.
Intermezzo is interesting in what it doesn’t show on film. Both the love affair and the confrontation between Holger and his wife Margit (Edna Best) about the affair take place off the screen making the film refreshingly brief (only 70 minutes long) while not taking away the impact of what’s happening between the characters. It also makes Intermezzo a fitting title- a Love Story was only added on after Selznick (probably via several memos) decided that the audience would be confused by the sole word, Intermezzo. 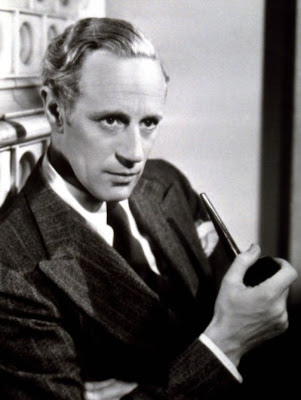 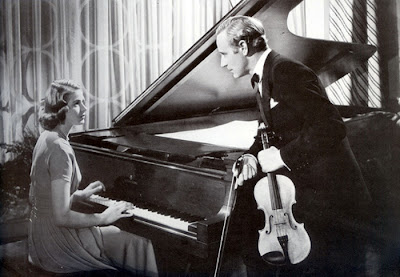 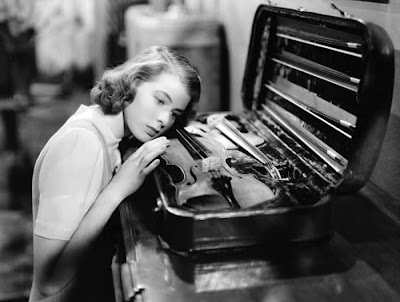 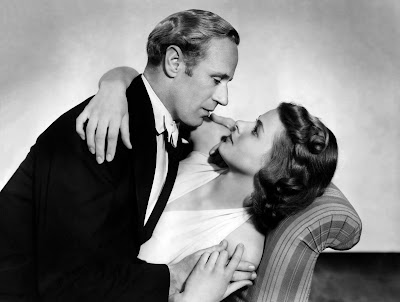 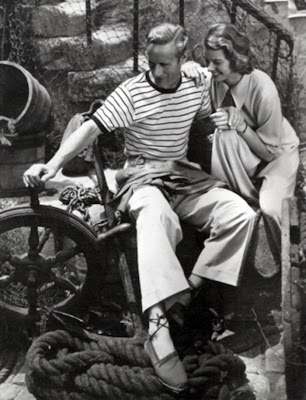 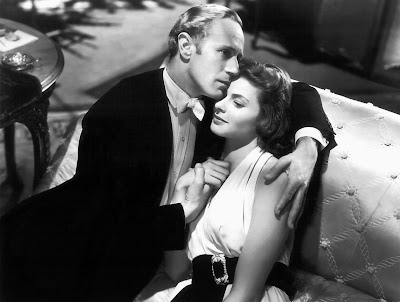 I was watching The Making of a Legend: Gone with the Wind (1988) a while back and learned that David O. Selznick bribed Leslie Howard into accepting the role of Ashley by giving him the right to co-produce Intermezzo. Producing is something that Howard yearned to do for a long time.
Posted by Sarah at 7:28 AM