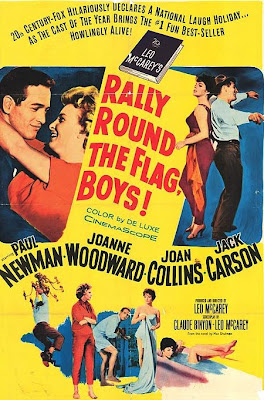 In a pleasant little community called Putnam’s Landing, Harry Bannerman (Paul Newman) is fed up with his wife Grace's (Joanne Woodward) involvement in every civic committee Putnam comes up with. However, when the government chooses Putnam’s Landing as the location for a top secret mission, Grace not only joins a committee to halt the mission, she volunteers Harry to go to Washington to speak on Putnam’s behalf, forgoing their agreement that she would be less involved and that they would spend quality time together…alone. Instead of putting his heart into the being the spokesperson for Putnam, Harry, a Naval reservist, is re-enlisted and expected to be the government's liaison for the new base. Adding to his troubles is disappointed housewife and neighbor Angela Hoffa (Joan Collins), who decides to Harry is just as unsatisfied as she is with her marriage and takes it upon herself to spice up both their lives until one misunderstanding after another lands Harry in the dog house. 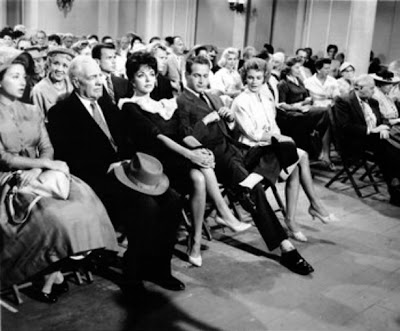 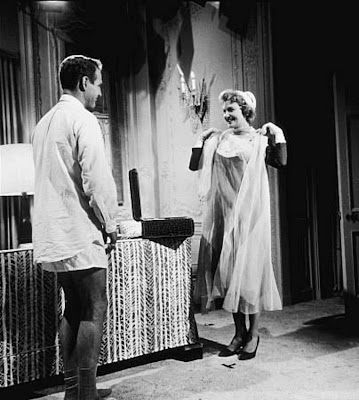 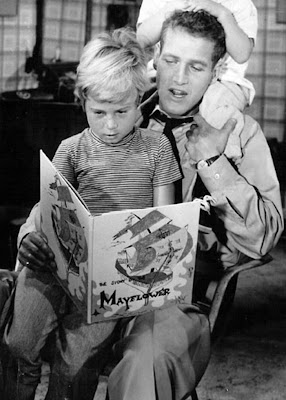 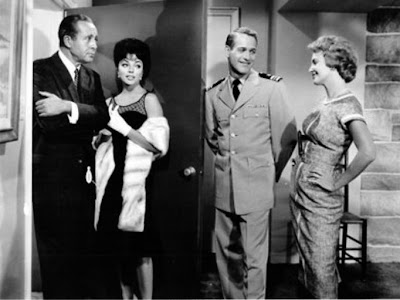 Mix in satirical barbs aimed at military stupidity- Captain Hoxie (Jack Carson) is quite the joke and the current teenaged "beat" craze and you have material for standard Leo McCarey fare. Unfortunately, McCarey's successful films were behind him and Rally ‘Round the Flag Boys, his second to last film, had nothing to go on beyond the star power of Newman-Woodward. The dialogue seemed improvised and more immature than witty and the film’s plot is incomplete with Putnam fighting against the military and then suddenly capitulating for no apparent reason. In addition, Tuesday Weld as Comfort Goodpasture the scream crazy fan to Tom Gilson’s song “You’re my Boojum!” and Dwayne Hickman’s best Marlon Brando impression did little for me. As a modern viewer who’s already coming in with a pre-conditioned hatred of all things “beat” and who considers the fifties the beginning of the low point of classic films it was no surprise that I didn’t much like Rally ‘Round the Flag Boys. However, it starred Paul Newman... um, I don’t think I need to say anything more on that point.
This is in no way to get down on Leo McCarey who did such wonderful pieces as The Awful Truth (a favorite), Going My Way (which, according to Crosby, was very much improvised), and The Bells of St. Mary's. Not every director is perfect despite having star players. You can look at Once Upon a Honeymoon (the worst Ginger Rogers and Cary Grant film I have seen as yet) for further proof.
Sidenote:
I am still looking for the origin of that heinous word, Boojum which means girlfriend or an attractive young woman. Any input? Upon looking into the origin I did find a morbid tidbit on Tom Gilson who sings "You're My Boojum!" in the film. His wife, actress Sandra (Saundra) Edwards killed him with a shotgun to the heart after Gilson broke into her sister's house where she was residing after she left him for beating her. She shot him in self-defense after he threatened to kill her and her children.