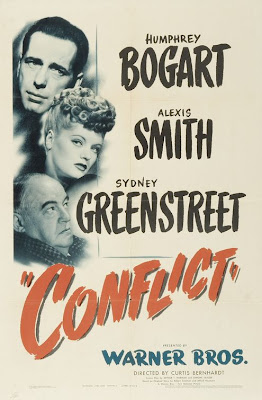 Conflict is a tense thriller that finds Humphrey Bogart playing Richard Mason, a man who has fallen for his wife Kathryn’s (Rose Hobart) younger sister Evelyn (Alexis Smith). After a car accident breaks his leg, Mason uses his injury to develop a plot to kill his wife. However, performing the perfect crime isn’t so easy, and in Mason’s case it’s downright mind bending. Thinking the deed done Mason cooperates with the police to “find” his wife while he develops a closer relationship with Evelyn. Unfortunately, Kathryn keeps popping up everywhere. When some of her jewelry appears or when Mason smells her perfume or worse yet, he receives an addressed envelope to him with her handwriting, he begins to doubt that he really did kill her. He starts to depend on the police and a family friend Dr. Hamilton (Sydney Greenstreet), a doctor involved with psychoanalysis, to set the record straight and more importantly prove to Mason that he is not losing his mind. 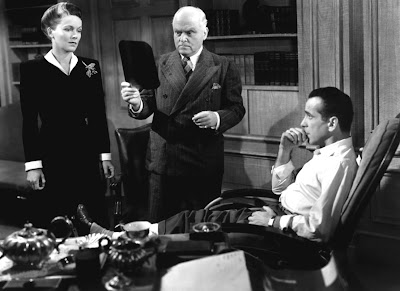 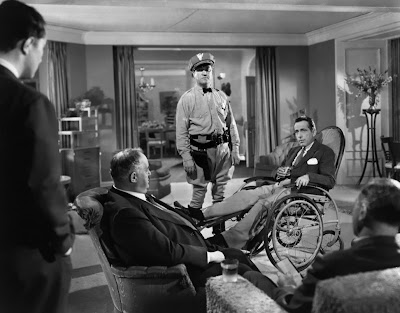 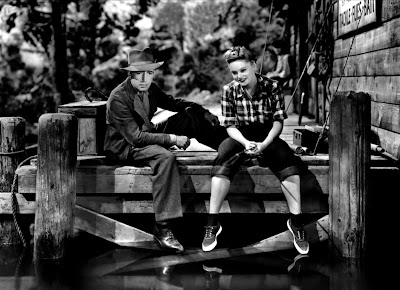 I would rather not spoil the ending for anyone who has not seen this film. Suffice it to say that there is no such thing as the perfect crime and even the most minute slip up can be one’s downfall. That’s essentially the moral of this movie and it’s brilliantly done. As a viewer, I was in doubt the entire time as to whether the crime had been committed or whether Mason was insane.
Ironically, Bogart did not want to do this film and after a little research, I could see why he may have had issues playing the role. No longer put in the category of supporting role with the successes of High Sierra (1941), The Maltese Falcon (1941), and Casablanca (1942) it was highly unusual for a studio to put their rising star into a role that portrayed him as a mentally disturbed killer with many weaknesses rather than his now more familiar role as the in-control tough guy with a heart. That being said, I really thought the movie was cleverly done and feel that Conflict is one of the more overlooked vehicles of Bogart’s career. I highly recommend this thriller which is also one of the first movies to have a plot depend mostly on the ideas and techniques of psychoanalysis.
Side note:
Producers pressed Bogart into doing Conflict by threatening to keep him out of his longed-for next picture, Passage to Marseille (1944), until he completed this one. Ironically, two years after Conflict, Bogart was once again a disturbed man plotting to kill his wife for the love of Alexis Smith in The Two Mrs. Carrolls (1947).
Tonight on TCM!
Broadway Bill (1934) An heiress and her brother-in-law defy her father by going into horse racing. Cast: Warner Baxter, Myrna Loy, Walter Connolly, Helen Vinson Dir: Frank Capra
Posted by Sarah at 10:21 AM