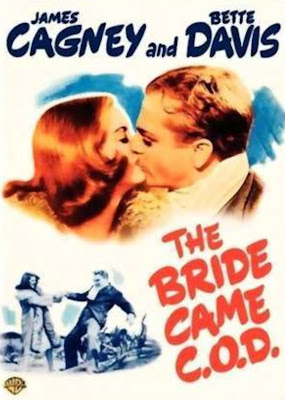 Oil heiress Joan Winfield (Bette Davis) is eloping with bandleader Allen Brice (Jack Carson) whom she's known only four days. Pilot Steve Collins (James Cagney) is going to fly them to Nevada but makes a deal with her father to deliver her home unmarried in order to get enough money to pay off his plane. Collins flies off with Joan leaving Allen behind and when Joan tries to escapes using a defunct parachute, Steve crashes his plane in the desert to save her. In the next forty-eight hours Joan and Steven will experience some serious adventure and learn a thing or two about themselves. 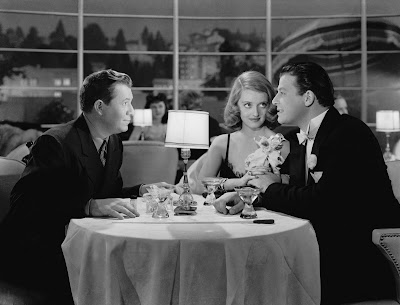 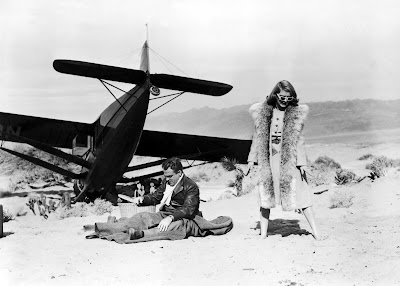 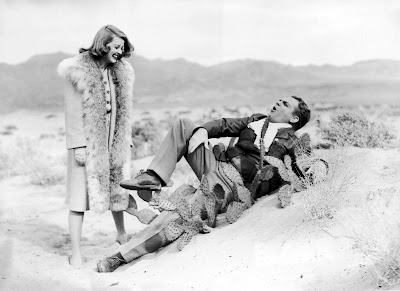 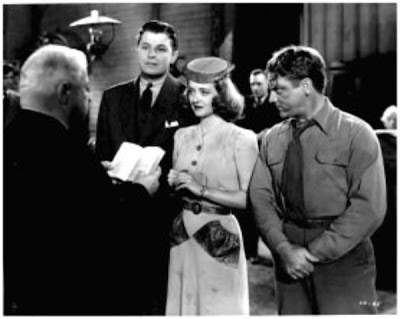 I actually watched The Bride Came C.O.D. after watching She Wouldn't Say Yes. Therefore, I had a hard time not looking more critically at Davis' abilities to do a screwball comedy. When she's up against the likes of Rosalind Russell (who I think does perfect screwball comedy complete with pratfalls and funny faces) Davis doesn't hold a candle. However, that does not mean she did not do a competent and professional job in this movie. And the fact that she was willing to endure such indignities as having her bum used for target practice, tells me that she was a good sport to boot. Plus her hair looked fabulous! Cagney, who I wish did more comedy, was in his element. He's versatile enough to pull off comedy though I do love him in a good drama.
Despite wanting to do another film together after Jimmy the Gent, The Bride Came C.O.D. was all that Cagney and Davis were offered and would probably be lost in the annals of time if it wasn't so odd that two actors best known for their dramatic turns hadn't been paired up and asked to be funny. Overall, the movie was pretty good with a couple of laugh out loud moments. It was also ironic to see Eugene Pallette playing the part of Davis' father after seeing them as husband and wife in Bordertown.

Little piece of trivia for ya: Harry Davenport was in both The Bride Came C.O.D. and She Wouldn't Say Yes.
Sidenote: Cagney eventually had to say something to director William Keighley about the 108 degree weather conditions they were shooting under. Keighley's response was that at least it wasn't summer when the temperatures were around 120, 130 degrees. Looking at the behind-the-scenes shots is a further testament to the professionalism Davis possessed. Look at her wearing fur and gloves in that heat while her bare feet play in the sand! 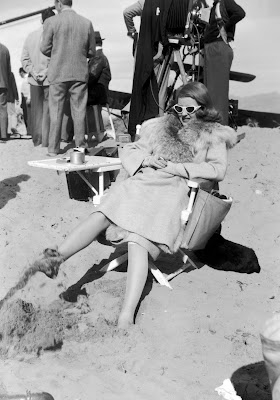 Tonight on TCM! If you haven't seen it, do. It's wonderful!!
Bedtime Story (1942) A stage star's dreams of retirement conflict with her playwright husband's need for a hit -- with her starring. Cast: Fredric March, Loretta Young, Robert Benchley, Allyn Joslyn Dir: Alexander Hall
Posted by Sarah at 4:28 AM