The Entertainer is classified as a "kitchen sink" drama. A specialized form of movie-making that the British excelled at in the late 50's and early 60's. Giving the viewer a look into the sometimes mundane and negatively fueled lives of the working class Briton, these dramas provide a heavy dose of realism. I'm very drawn to these types of films, namely because of two actors that actually made their film debut in The Entertainer, Alan Bates and Albert Finney. Though mostly negative in nature, usually with an angry young man or sullen girl at the forefront, they bring a refreshing break from most of the classic film made up to that time. Most especially anything made in the Hollywood dream factory.

The Entertainer is no exception in it's bleak outcome, however, I found it quite worth the watch as Laurence Olivier really outdoes himself as Archie Rice a tired, old vaudevillian actor struggling to create his ultimate dream show amidst family turmoil and his inability to make all the ends meet. Plagued by debt, an emotional gin-swilling wife, a father who still outshines him in fame and a selfishness that consumes and destroys almost everyone he meets, Archie Rice should be hated. Yet, Olivier manages to keep a warm element of humanity at the forefront of his Archie character. Despite his deadened eyes and his abnormal reactions to such events as his youngest son's death, there is a humor and helplessness in his demeanor that allows you to relate to him on an emotional level. Because of this, you understand why his family sticks by him no matter how bad he gets.
The best scene in the movie would rival any Shakespearean soliloquy Olivier gave in his career. When almost all has failed him and he faces certain ruin, he admits to his daughter Jean (Joan Plowright) that he's dead inside and has been for quite some time. The only thing he knows and finds acceptable to do is keep on keeping on. 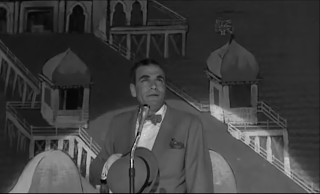 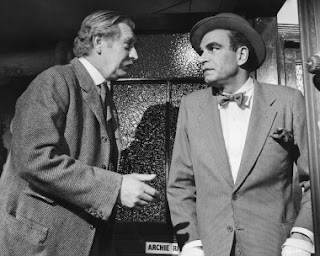 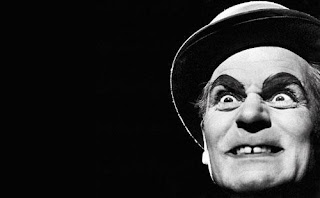 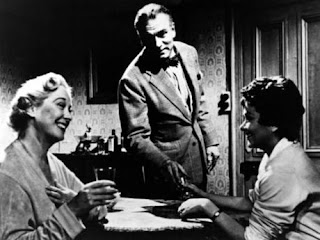 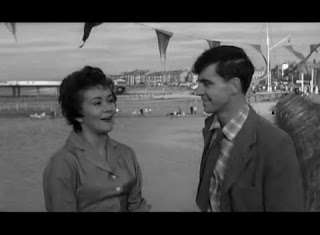 Tonight on TCM!
Get your Bronte sisters on!﻿
Posted by Sarah at 7:23 AM