I watch a lot of classic film. A lot. Maybe not as much as Cin-Eater (I mean, a girl needs her beauty sleep) but it's still a lot in comparison to anyone I know and see on a daily basis. It's to the point where I simply bubble over if anyone, ANYONE mentions a classic movie or movie star or um...speaks to me, period. Sigh. I have sooooooo much to share! Sometimes the conversation simply ends with them staring blankly at me while slowly backing away. I've gotten used to it.

Anyway, when I started out with this blog, I thought I would stick to the films of the thirties. They're my favorite era of film and I want to see them all. As any of you who are enthusiastic about the classics knows, this is entirely impossible. Especially when you depend mostly on TCM to give you your fix and you simply HAVE to see everything Fredric March (insert your favorite star here) made. However, I have seen quite a few films from the thirties (with lots of wonderful films from other eras tucked in) and simply don't have the time to blog about them all. And admittedly, some aren't really worth all the fuss. So, I have decided to do this type of blog entry (sort of a twist on my Many Mini Review entries) that gives my opinion, etc. of the film without doing a complete synopsis. It will also help me track whether they are worth another view or not. Enjoy! 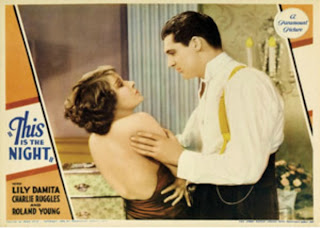 This is the Night (1932)
Cary Grant’s first full-length feature. It’s a precursor to screwball but more a farce. Interesting opening of the film. Best scene is Young and Ruggles in a state of complete intoxication. Delightful! 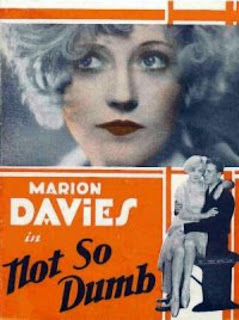 Not So Dumb(1930)
Marion Davies as Dulcy proves that distorted adages, tactlessness, flagrant chatter, and downright scatterbrainery aside, she isn’t so dumb not get what she set out to get- even if it is by accident. And I love a butler who doesn’t know how to buttle! 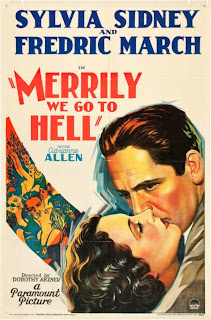 Merrily We Go To Hell (1931)
Besides it being my not-so-new- now drinking toast, it has Fredric March in it…enough said. Seriously though, he and Sylvia Sydney are spectacular as they flounder around in their “open” relationship. Skeets Gallagher and Esther Howard provide comic relief as a pair of drunks. There is a Cary Grant cameo as well!
Best line: “I’m afraid as a rule I prefer the company of men… Particularly if they’re bartenders.” 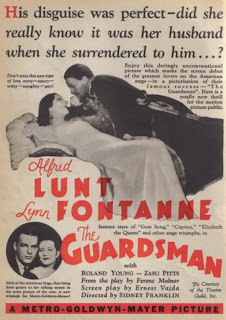 The Guardsman (1931)
This was my first Alfred Lunt and Lynn Fontanne film, it was also their first talkie. As an avid reader of classic star’s biographies and autobiographies, their names have been bandied about by many stars who revered them as premiere stage actors. Neither disappoint in this hilarious film that also features Roland Young and Zasu Pitts. 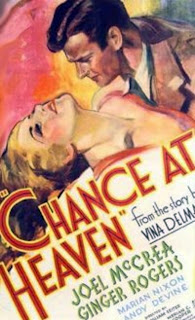 Chance at Heaven (1933)
Standard thirties fare featuring two beauties, Ginger Rogers and Marian Nixon (who like another Marion- retired from pictures early). Sometimes I have a hard time swallowing the noble stepping aside they had women do when their men, in this case, Joel McCrea, go nutso for another dame. I like the women who fight. 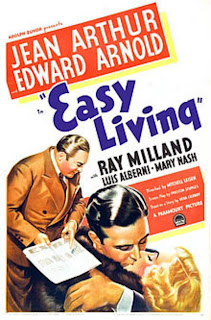 Easy Living (1937)
One minute you’re breaking your piggy bank, the next a fur coat falls on your head. Jean Arthur is about to be treated to all her dreams, but first... a little chaos. 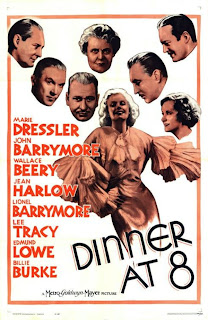 Dinner at Eight (1933)
A superb movie with melodrama, wit, humor, and a few bittersweet moments, Dinner at Eight is a thirties staple and a must see. Great cast including the Barrymore brothers, Marie Dressler, Jean Harlow, Lee Tracy and Billie Burke. 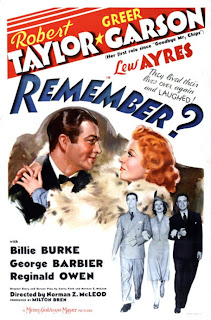 Remember? (1939)
Though it didn’t get great reviews at the time, I really enjoyed this film. A little nonsensical with the potion to help the couple forget, but the plot line gets better because of it. Love Billie Burke and her daffiness! 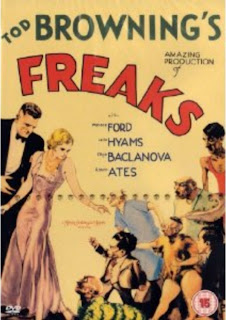 Freaks (1932)
Pre-code horror film involving real life circus performers and their shortcomings. It is still creepy today. When they decide to attack at the end of the film- I literally shivered. Freaks is definitely a must see! 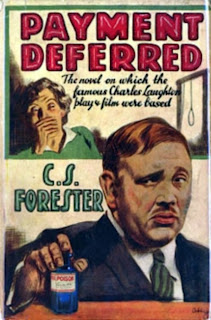 Payment Deferred (1932)
I believe this was one of my first Laughton films and luckily, his stellar performance as the horrible but pitiful William Marble didn’t ruin me for all the other movies I have seen him in. Watch him descend into madness as he tries to keep a terrible secret. 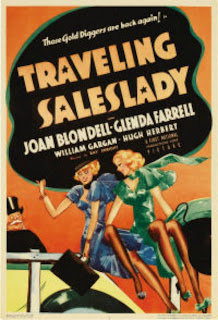 The Traveling Saleslady (1935)
Joan Blondell proves her meddle as a capable working woman who sells cocktail toothpaste. That’s right, toothpaste made to taste like a variety of cocktails. I love the 30’s and I love Joan Blondell! 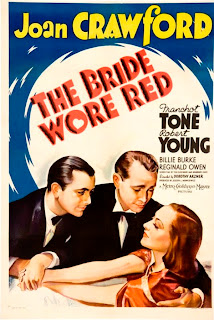 The Bride Wore Red (1937)
Not a favorite. Joan Crawford plays a working girl who strikes lucky when a drunken count gives her an opportunity to see how the other half lives. She’s torn between her love for Franchot Tone and the security of Robert Young (neither of which I find attractive). And yet another example of a woman stepping aside so the one she truly loves can be happy. Snore. 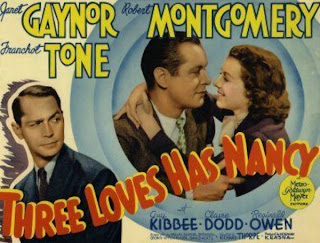 Three Loves Has Nancy (1938)
I am not a huge fan of Janet Gaynor or Franchot Tone. However, combined with Robert Montgomery who sparkled enough for all three of them, this movie was quite tolerable and even funny at moments. Worth watching for the sleepwalking scene! 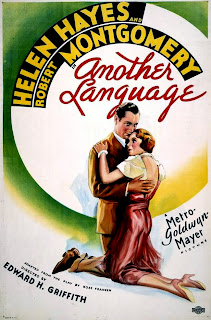 Another Language (1933)
No charming Robert Montgomery in this film. Frankly, he's a real jerk. Playing a mamma’s boy he keeps Helen Hayes jumping until she’s fed up. Unfortunately, I was fed up well before she got around to it. 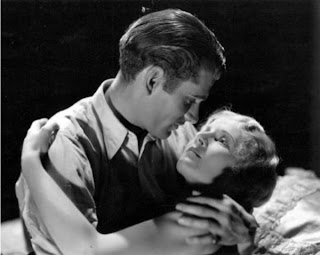 Westward Passage (1932)
Speaking of jerks, Laurence Olivier is no stranger to acting like one thanks to Westward Passage. Ann Harding seems to play two separate people in this film. First she is a milksop who tries to keep her husband’s life running smoothly. But once she and Olivier are divorced and she is remarried- she becomes quite a vixen who Olivier finds harder to win over. Contemplating an affair with her ex-husband seems so out of character to what she once was that I found Harding hard to believe. 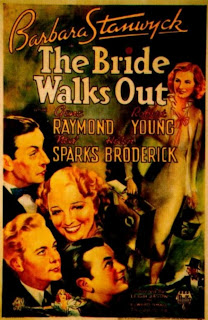 The Bride Walks Out (1936)
Ugh! I hate a movie that concentrates solely on how a man doesn’t want his woman to work. I hate it more when the woman in question gives in. Et tu, Stanwyck?? Boo. 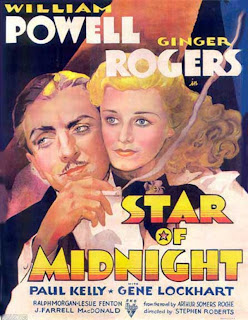 Star of Midnight (1935)
So, here’s an oddity. After the first Thin Man in 1934, they paired William Powell and Ginger Rogers together. I mean it works but it was odd seeing Powell basically playing Nick Charles under a different name and Ginger not quite adding up to Myrna Loy. Both Rogers and Powell are great, the film is full of witty moments and highly entertaining. But I adore my Thin Man combo of Powell and Loy and this was just strange. 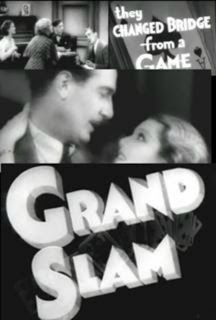 Grand Slam (1933)
A couple’s relationship is tested when the husband invents his own method of playing bridge. Few interesting moments thanks to Frank McHugh but bridge is boring and so was this movie. 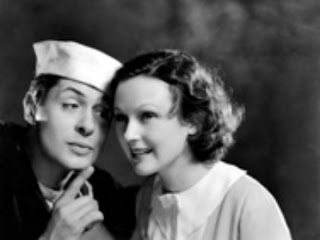 Shipmates (1931)
Here is the Robert Montgomery I know and love. As a wise-cracking seaman, Montgomery learns the hard way that love and life won’t come easy if you can’t take some things seriously. 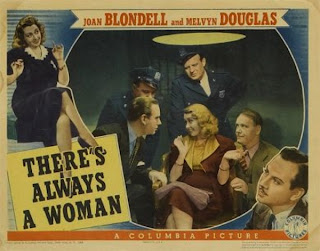 There’s Always a Woman (1938)
Though it’s no Thin Man, Joan Blondell and Melvyn Douglas are superbly matched. He as the long-suffering husband to his eternally curious wife who is rather good as a detective. 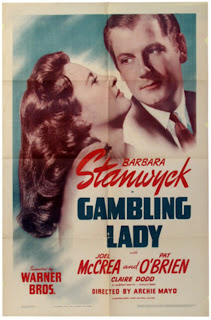 Gambling Lady (1934)
Stanwyck is a gambling lady- good at cards, bad at love. Things work out in the end. Surprised? Me neither. 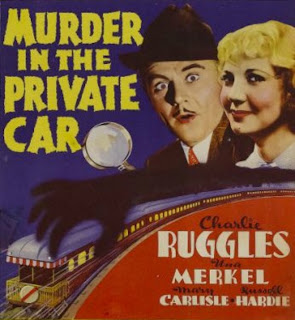 Murder In a Private Car (1934)
Though Charles Ruggles is in this film, you should watch it solely for Fred Toones’ performance. It's the only real good part in the film.

The Goose and The Gander (1935)
Revenge falls to the wayside in this screwy little film with good performances by Genevieve Tobin and George Brent. I don’t think I am a fan of Kay Francis. I’ll need to look into that more. 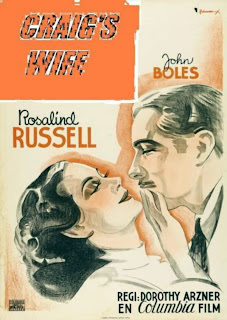 Craig’s Wife (1936)
Did you know that Rosalind Russell can be as unfunny as she is funny? Well, she can. She proves it as Harriet Craig. Even Billie Burke doesn’t sparkle in this serious drama. Good film. 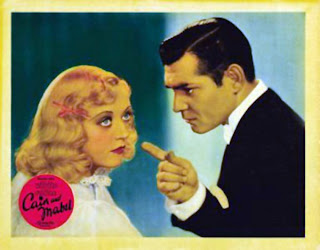 Cain and Mabel (1936)
Clever name for a movie however, that’s about the most interesting thing about it. Clark Gable and Marion Davies together was a little flat and not even the wise-cracking Allen Jenkins could revive this piece. 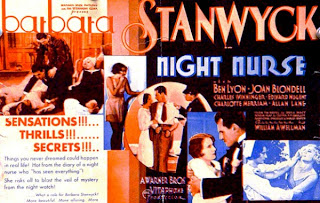 Night Nurse (1931)
Joan Blondell for comedy, Barbara Stanwyck for strength, Ben Lyon for romance and Clark Gable for drama. I had a hard time believing that Stanwyck couldn’t get the law involved on a case she was working on where two children were obviously being starved. Despite that, all performers gave a good show and Gable was especially nasty.

The Amazing Mr. Williams (1939)
Melvyn Douglas must dress as a woman to help solve a case. Need I say anything more? Ok, I will. Joan Blondell.  :) 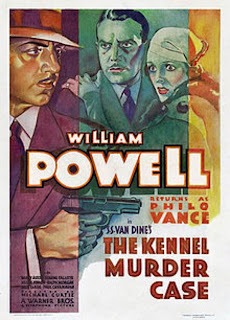 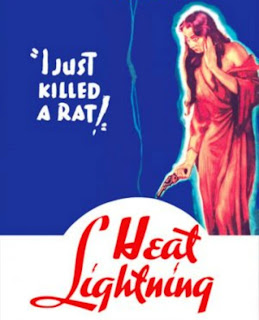 Heat Lightning (1934)
Aline McMahon plays a mechanic. That’s right, a mechanic. How significant is that in 30’s cinema? I’d say real significant. Drama unfolds when her past accidentally catches up to her at the filling station and lunch counter she owns. But you can depend up Frank McHugh, Glenda Farrell, and Ruth Donnelly to keep things light. 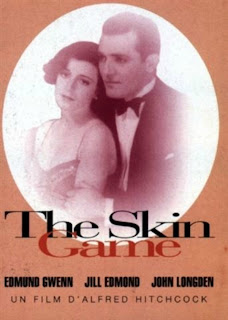 The Skin Game (1931)
I have seen a lot of Hitchcock’s films. I hope to see them all but I also hope they’re not as bad as this one.


Tonight on TCM!
Peter Lawford. Definitely want to see It Should Happen To You!
Posted by Sarah at 6:57 AM