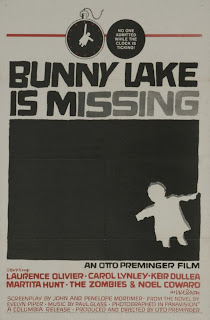 American single mother Ann Lake (Carol Lynley) has come to England with plans to settle in London with her journalist brother Steven (Keir Dullea) and her four-year-old daughter Felicia, whom she calls Bunny.. Late on Bunny’s first day of school and needing to get ome to meet the movers, Ann leaves Bunny in the “first day” room while she tries to find a teacher. She comes across the very busy cook (Lucie Mannheim) who says she will look after her. However, when Ann comes to fetch Bunny later that day she is not there and nobody can remember having seen her. The cook quit earlier that day. 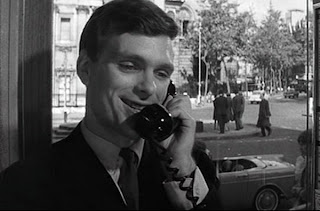 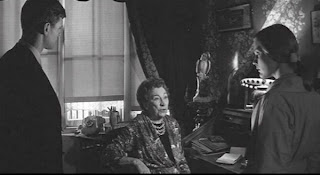 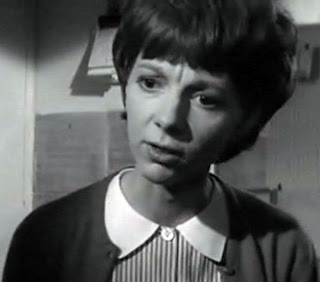 Police Superintendent Newhouse (Laurence Olivier) has a small list of suspects to check out in Bunny's disappearance: the cook whom quit the school earlier that day, Ann's landlord, aging writer and broadcaster Horatio Wilson (Noel Coward), and retired teacher Ada Ford (Martita Hunt) wholives on the school's top floor and collects recordings of children's nightmares.
The investigation becomes more suspicious when all of Bunny’s possessions have disappeared, including her passport and the school has no record of her registration despite Steven’s check registrar showing he wrote a check to the school two weeks prior. Further, Ada tells Newhouse that Steven confided in her that Ann used to have an imaginary friend she called Bunny and that he was worried about her. Ann is having a hard time proving that Bunny even exists and Steven is threatening to go public with the help of his resources as a reporter unless the police find Bunny quickly. 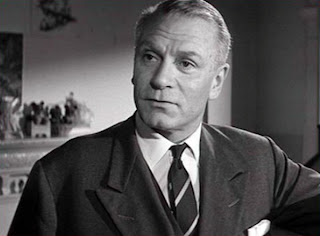 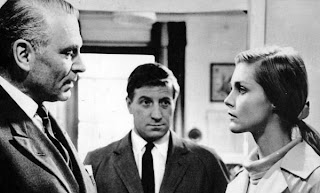 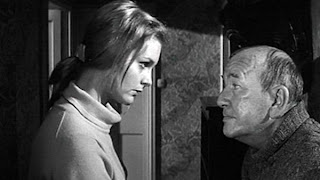 Already handing over a gift she bought Bunny earlier that day as proof she isn’t lying about her daughter’s existence, Ann suddenly recalls that her doll had been taken in for repair. She sets off to the shop and finds the doll but  when Steven arrives he sets it on fire while Ann is upstairs paying the repair man. When Ann returns she is shocked and Steven then strikes her, knocking her out. He checks her into a hospital, claiming she hit her head and that she may be mentally unstable, but Ann manages to escape and tracks him down to the friend’s house they were staying at prior to their move to the flat. 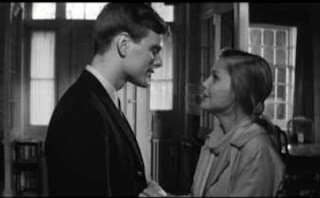 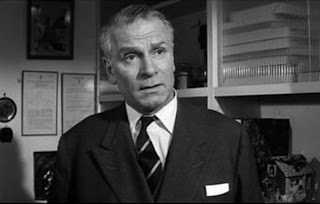 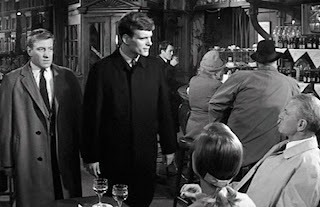 Steven retrieves Bunny from the trunk of his car, where she was drugged and kept all day. Preparing to murder Bunny and bury her with all her posessions, Ann sees that he’s clearly insane. Stating he’s tired of Bunny always coming between them and that she loves her more than he, Steven confides how easy it was to trick her and the police. Ann spends the next hour trying to distract and reassure Steven by playing frantic children games out in the yard until Newhouse and his men arrive. 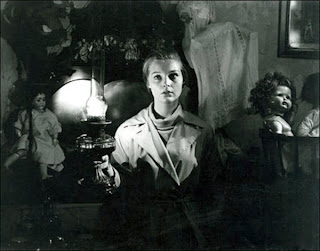 This was a wonderful film that kept me guessing throughout as to whether or not Ann or Steven was crazy. Their relationship with one another was certainly questionable as you're lead to believe they are husband and wife in the beginning of the film. Indeed, if you hadn't been told they were siblings, you'd still think by their behavior that something more than platonic was between them. The best part of the film however, was Noel Coward's bit part as the perverse landlord with a penchant for sadomasochism. I could honestly listen to him talk like Horatio Wilson all day.
I am currently reading Donald Spoto's Laurence Olivier: A Biography which is part of the reason I wanted to see this film- that and I was interested in seeing Raymond Massey's daughter in action. Laurence participated in this film, like in most of his films as a source to replenish his bank account. He also relished the opportunity to work with his long-time friend Noel Coward. However, he found the director Otto Preminger quite a bully and egotist. Both he and Coward did not like him much.