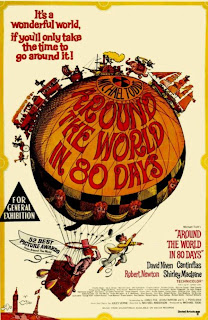 Phileas Fogg (David Niven) accepts a challenge from his fellow members at the Reform Club to prove that one can travel around the world in eighty days. Accompanied by his new manservant Passepartout (Cantinflas), they begin a journey that will have them meeting some interesting people, saving an Indian princess, Aouda (Shirley MacLaine), and outwitting Inspector Fix (Robert Newton), who is convinced that Fogg is the thief responsible for a recent theft at the bank of England. 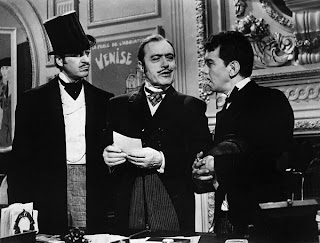 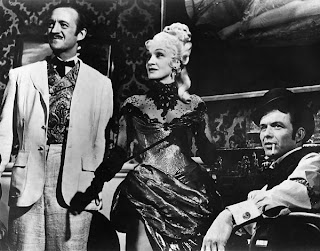 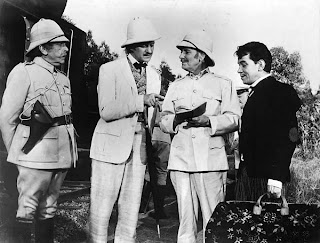 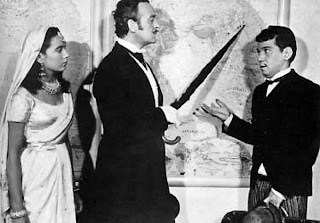 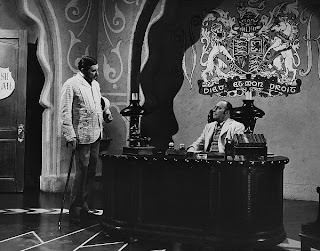 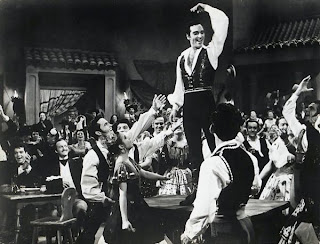 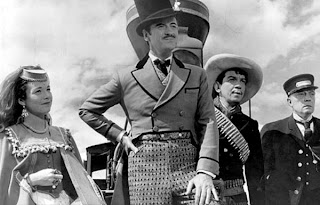 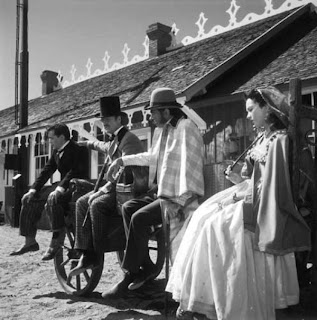 Though it was exciting to spot all the famous people that appear in small parts and the main leads acting is superb, the storyline is not very intriguing. I was waiting for Niven to surprise us with some big secret. No such luck. I am sure for it’s time it was quite an exciting film with moviegoers seeing unusual backgrounds and a new adventure in each country along with a few familiar faces. However, the film is mainly carried by the presence of several cameos, among them are: Red Buttons, Alan Mowbray, Andy Devine, Basil Sydney, Buster Keaton, Cesar Romero, Charles Boyer, Charles Coburn, Tim McCoy, Edmund Lowe, Edward R. Murrow, Evelyn Keyes, Fernandel, Frank Sinatra, George Raft, Gilbert Roland, Jack Oakie, Joe E. Brown, John Carradine, John Mills, Marlene Dietrich, Noel Coward, Peter Lorre, Red Skelton, Reginald Denny, Robert Morley, Ronald Colman, Cedric Hardwicke, John Gielgud, and Victor McLaglen.


Thanks to Dr. Macro for the wonderful scans!

Tonight on TCM! A must see!
Who's Afraid of Virginia Woolf? (1966) An academic couple reveal their deepest secret to a pair of newcomers during an all-night booze fest. Cast: Richard Burton, Elizabeth Taylor, Sandy Dennis. Dir: Mike Nichols.
Posted by Sarah at 7:06 AM

Email ThisBlogThis!Share to TwitterShare to FacebookShare to Pinterest
Labels: Around the World in 80 Days, Canti, Maclaine, Niven