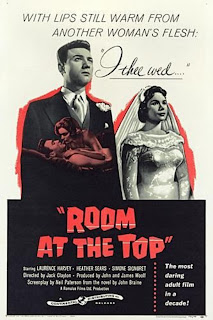 Joe Lampton (Laurence Harvey) is an ambitious man. Having just moved from the factory town of where he grew up, to Warnley, he accepts a secure, but poorly-paid position in the Treasurer's Department. Determined to get the finer things in life despite the warnings of a colleague, Soames (Donald Houston), Joe is not above seduction and social climbing to gain them. He is drawn to Susan Brown (Heather Sears), daughter of the local industrial magnate, Mr. Brown (Donald Wolfit). She is attractive and so is her father’s money. Seeing him for what he really is, Susan’s family closes ranks by sending her abroad and her current beau Jack (John Westbrook) constantly insults him. Joe turns to Alice Aisgill (Simone Signoret), an unhappily married older woman for solace. She is aware of his plans to try and win over Susan but realizes that she and Joe have a strong connection. With her, he does not have to pretend, he openly admits his shortcomings to her and vice versa. However, they eventually split over clashing opinions of each others past. 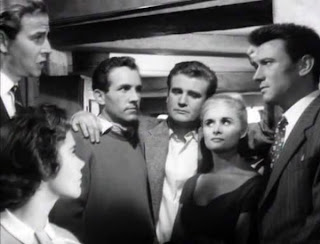 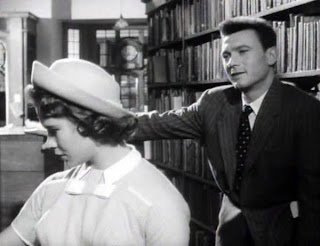 When Susan returns from her holiday, Joe seduces her but realizes that he is no longer interested in money or position, that he was truly happy with . After they reunite, they make plans for to divorce her husband, George (Allan Cuthbertson). George refuses the divorce and threatens Joe with a public scandal should he persist. Since Warnley is a small town, he would lose his position and not be able to support . Later that day he is invited to lunch by Mr. Brown who fails at trying to buy Joe off as a sort of test. He then admits to Joe that Susan is pregnant and demands he give up and marry Susan. Though Joe will have all the things he’s dreamed, he will have to pay the ultimate price. 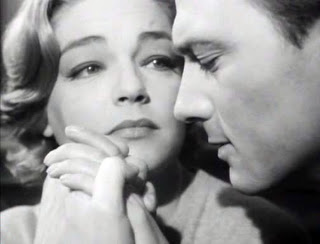 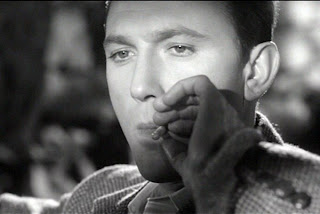 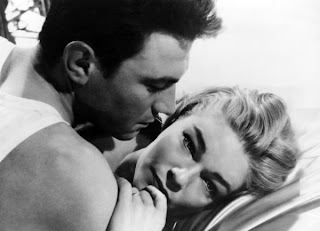 LeAnn Rimes could totally be Simone Signoret if they did a biopic on her!

Laurence Harvey, what a hunk! I actually haven’t seen the movie Domino but had to call my sister, who really likes the film to tell her about the connection. She’s twenty-seven, she wasn’t really impressed. Meh.
Harvey and Signoret are wonderful in the film. Considered quite racy for it’s time, their love scenes are refreshingly genuine and honest. plays his part with intensity; this movie is as much about social class as it is an illicit love affair, Joe is constantly reminded of his position in the ranks but you’re never quite sure what will set him off. When he realizes his mistake in seducing Susan and sacrificing real love, you can’t help but feel a bit sorry for him. Signoret plays her role much empathy. She is aware of how cowardly Joe can be however despite his railing against the class system. She also gives Alice, a woman ten years older than Joe, a naïveté, believing that love will conquer all.
Oscar trivia:
Laurence Harvey has the distinction of appearing opposite three actresses who won the Academy Award for their performances: Simone Signoret in Room at the Top, Elizabeth Taylor in Butterfield 8, and Julie Christie in Darling. he himself was nominated only once for Best Actor for his role in Room at the Top.
Simone Signoret was nominated twice in her career for an Academy Award for Best Actress for Room at the Top and Ship of Fools. She won an Oscar for Room at the Top.
Jack Clayton was nominated once for Best Director for his first full-length feature, Room at the Top.
Posted by Sarah at 5:47 PM