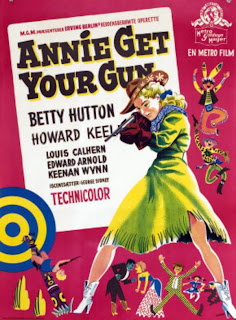 Simply put, Annie Oakley (Betty Hutton) is a better shot than “swoll-headed” Frank Butler (Howard Keel). She beats them in their first competition and is taken in as Frank Butler’s assistant when Buffalo Bill (Louis Calhern) and manager Charlie Davenport (Keenan Wynn) see how great with a gun she is. Content to keep her as ’s assistant and aware that a romance is growing between the two; Buffalo Bill is reticent to follow Charlie’s suggestion that Annie should do some of her tricks. They are far better than Frank’s and they need the publicity since Buffalo Bill’s former partner and latest competition Pawnee Bill (Edward Arnold) is affecting sales with his own show. 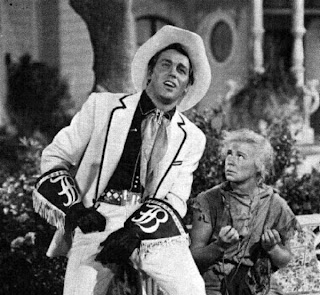 However, Buffalo Bill does give in and under the guise of impressing Frank so he will ask her to marry him, they convince Annie surprise Frank with some of her own tricks during the show. Unfortunately, Frank instead thinks that Annie has been playing him all along just so that she can have her moment in the spotlight. He leaves Buffalo Bill’s show and joins Pawnee Bill’s. Annie, upset and indignant at his reaction, follows Buffalo Bill’s show to where she treats royalty to a spectacular taste of the Wild West and is awarded several medals that she can’t wait to show off to Frank. 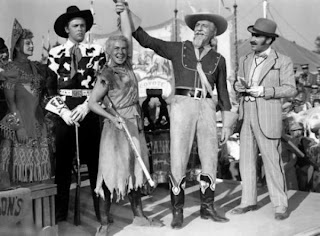 Buffalo Bill sees that she is only putting up a front, that she’s truly upset about her split from Frank. So, despite the sales he could get staying on in Europe, he packs up the show and heads back to much to Annie’s delight. 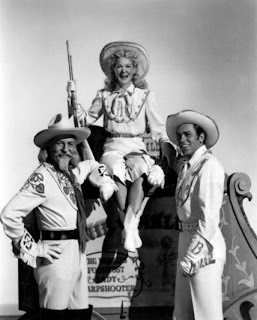 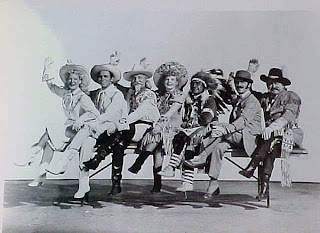 There they are greeted by one of Pawnee Bill’s men and invited to a reception in Annie’s honor. Buffalo Bill sees this as a great opportunity for him and Pawnee Bill to get back together- he has the talent (Annie) and PB has the money. Unfortunately, PB, who would also like to merge, assumes that BB has the necessary funds after a successful trip to . When it’s realized that neither have the funds, PB grows irate and throws BB out of the reception only to be stopped by Chief Sitting Bull (J. Carol Naish) who points out that all Annie’s medals should bring in the money needed. Willing to give her medals up only after Frank sees them, Annie Agrees and everyone is happy. 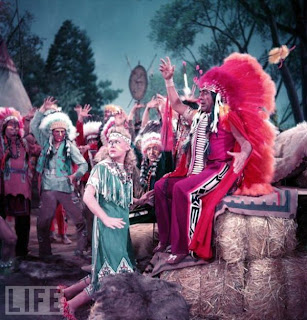 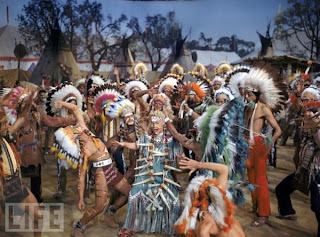 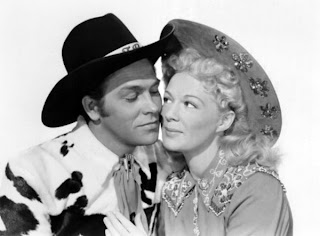 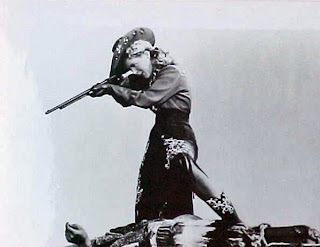 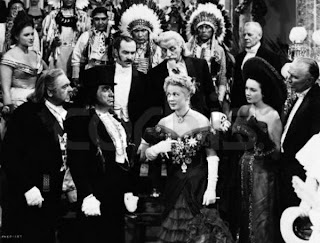 However, when Frank, in hopes that Annie will forgive him and as a peace offering, offers up the three medals he won for his shooting. But when Annie takes off her wrap and searches for a place for him to pin them among her much more ostentatious metals, Frank blows up again. The only way to resolve the matter is to have another competition. So, the next day they meet and Chief Sitting Bull, knowing Annie would rather have Frank over anything else, fixes her guns so that she will lose the competition. Annie eventually catches on and she and Frank reconcile. Oh, the pride of men. 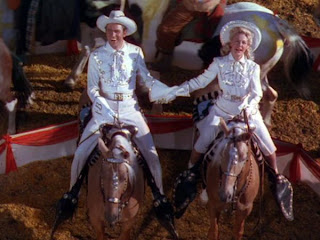 Judy Garland was originally slated to do this film and though I think she was a fantastic actress and singer, Annie Get Your Gun would have had a totally different feel than the one that was produced with Betty Hutton. That’s my polite way of saying it would not have been nearly as good. While reading up on this film, I realized there is footage of Judy in this film before she was fired. Even without sound in most of them, I can tell that Hutton was a better pick for this particular characterization of Annie or perhaps Hutton made Annie her very own with her particular brand of talent.
I don’t much like musicals (I believe I have stated that a few times on this blog) though I do have one favorite- Meet Me in (starring Judy Garland). However, Betty Hutton makes me want to watch musicals. She’s so very animated, so comical, so expressive, and such a joy to watch. I made a note to myself back in 2009 when I watched an interview with Robert Osborne and Betty Hutton to watch Annie Get Your Gun and am sorry I haven’t seen it sooner.
Betty Hutton is the star of this film, everyone else falls flat in comparison. In her interview with Osborne, Hutton stated that the crew at MGM was not very nice to her because they told her they'd rather have Judy Garland in the role. Perhaps this encouraged her to be even bolder and more outgoing in this role compared to her others because she really shines in this film! Annie Get Your Gun is a must see, even if you don’t care for musicals.

Betty Hutton, Howard Keel, Keenan Wynn, and director George Sidney were never once nominated for an Academy Award.
Louis Calhern received one Best Actor Oscar nomination in his entire career for his role in The Magnificent Yankee.
Posted by Sarah at 11:55 AM