With two million feet of unedited silent footage in a market clamoring for talkies, Hughes decided to add sound to the air footage and re-shoot the dialogue sequences instead of giving up on the project. This was good news for eighteen-year-old Jean Harlow who was about to be given her first stab at a major role, and bad news for Greta Nissen who was dumped due to her heavy Norwegian accent. Harlow made quite the impression on screen if only for her looks and sexual vamping enhanced by plunging necklines and color sequences. She also got to deliver one of the most memorable lines in cinema history, ”Would you be shocked if I put on something more comfortable? “
Her acting however, was considered awful with both Hughes and director James Whale finding it impossible to guide Harlow into a worthy performance. Feeling insecure, abused by her director and ignored by Hughes, Harlow, who developed “Kleig eyes” (burned eyeballs) due to standing under intense lighting for hours on end, was eventually sold off to MGM where she went on to make that studio millions as well as become the decade’s leading sex goddess. 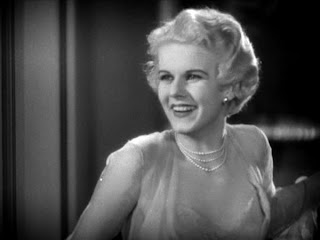 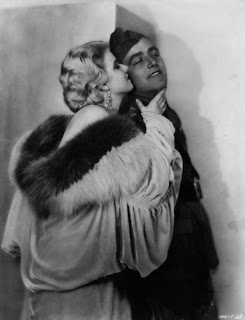 The love triangle plot of Hell's Angels is secondary to the action sequences. Two brothers, Monte (Ben Lyons) and Roy (James Hall) have two very different personalities. Where Monte is a selfish, fun-loving womanizer, Roy is a serious individual with a strong moral fiber. Intending to marry Helen (Harlow), Roy goes through pains to get Monte to eventually meet her since Monte thinks Helen will be as much of a bore as Roy. However, when they meet, Monte is drawn to Helen and finds her more a creature of his nature. He allows her to seduce him and only feels ashamed afterwards. Though he tries to warn his brother about Helen, it isn’t until the night before their riskiest flight that Roy learns how Helen truly feels about him. 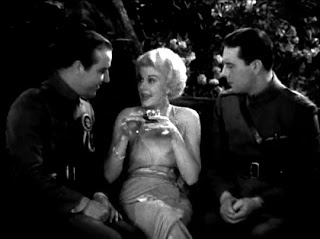 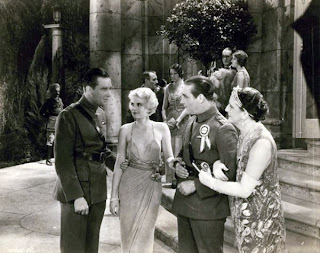 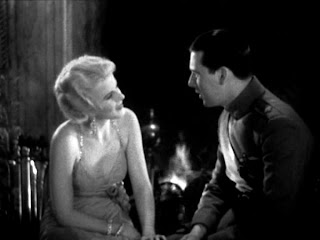 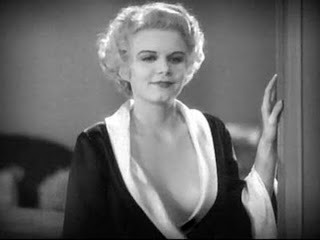 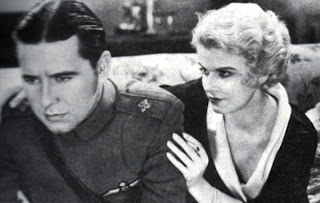 When the WWI breaks out, Roy enlists into the RAF, Monte eventually does too- completely by accident. Whereas Roy is most willing to fight for his country, Monte is considered yellow because he prefers not to sacrifice himself for a war he doesn’t believe in. However, both will volunteer for an extremely risky bombing mission so that Monte can prove himself and Roy can be there to protect his brother. After they knock out a strategic German munitions facility they are shot down over enemy territory. Given the option to reveal the English’s position and live or to be executed, Roy, knowing Monte’s selfishness, must take things into his own hands.


The sacrifices of war are drawn out quite dramatically both on the ground and in the sky. To escape the English planes that are after them during the bombing of London in their German airship, most of the crew willingly jump to their death in order to lighten the load. Thinking they have shot down all the planes, one English pilot stays hidden in the clouds until he can use his plane to crash into and blow up the airship. This sequence, filmed in color, was amazing. 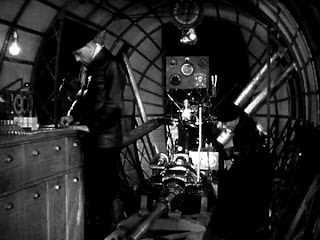 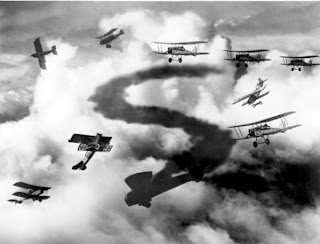 In order to get some of those sequences, Hughes himself had to take risks. After the death of two stunt men and a mechanic were killed performing dangerous aerial sequences, the remaining pilots refused to do as Hughes demanded. An expert pilot himself, Hughes did his own flying, getting the shots he wanted but crashing his plane and breaking several bones in the process.

Hell’s Angels is also not without comedy, with Monte providing most of it- especially the night before their risky flight. Drunk with women and wine, Monte tries to get his brother to abort the mission with him while he wears a small ponytail with a tiny bow in his hair. The dancing sequences between Roy and an obvious wallflower is riotous as well. Full of colorful language, gratuitous love scenes, and Harlow’s barely there gowns, Hughes must have had a field day with the censors.

Despite all the trouble Hughes went through (and put others through) to make his mark on Hollywood, Hell’s Angels was a popular success. It may have helped that he staged what is still considered the largest movie premiere ever. A mob of 50,000 people lined Hollywood Boulevard leading up to Grauman's Chinese Theater, May 27, 1930. The street was illuminated by 185 arc lights Hughes rented at a cost of $14,000. Scalpers sold $11 tickets for $50, and an actual fighter squadron flew overhead.


Tonight on TCM!
Spend an evening with John Payne!
Posted by Sarah at 8:24 AM