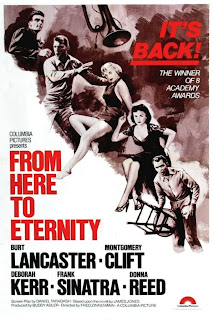 Set in 1941 weeks before the attaché on Pearl Harbor, From Here to Eternity follows the lives of two very different soldiers. First there is Pvt. Robert E. Lee "Prew" Prewitt (Montgomery Clift) who has voluntarily left a cush position and joined the Schofield Barracks after quitting the Bugle Corp simply because he was replaced as First Bugler by someone who he thought didn’t play as well as he. Prew is also a very good boxer and would be an asset to Capt. Dana Holmes (Philip Ober) who is trying to move up in the ranks and thinks winning the boxing championship iwill cinch it. Unfortunately, for his own reasons, Prew is not interested in boxing and finds himself under fire from the other soldiers in his barracks who have been ordered by Capt. Holmes to torment Prew into joining the boxing team. Prew only friend is Pvt. Angelo Maggio (Frank Sinatra). 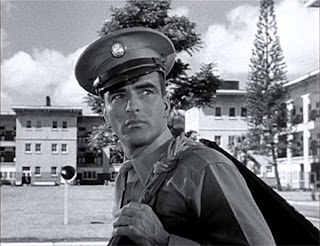 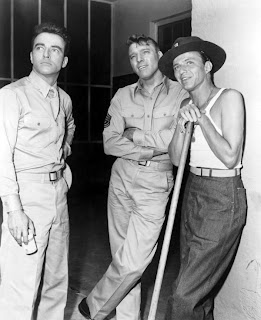 Then there is Capt. Holmes' adjutant, Sgt. Milton Warden (Burt Lancaster) who does all the work Capt. Holmes should be doing. He cautions Prew against opposing Holmes, but Prew stubbornly declines to box. While Prew meets and dates Lorene (Donna Reed), whose busy trying to earn enough money to get back home and take care of her mother in luxury, Warden meets and begins an illicit affair with Karen Holmes (Deborah Kerr), the Captain’s neglected wife. 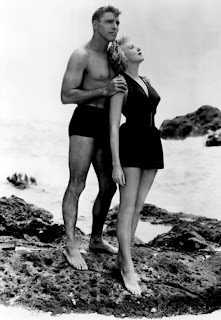 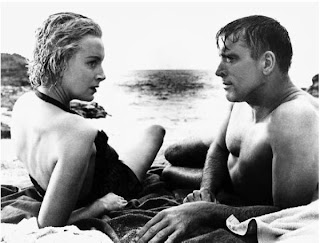 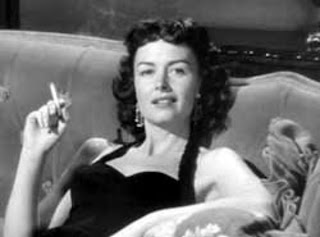 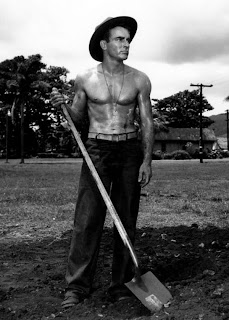 As the weeks pass, Prew's continued refusal to fight infuriates Holmes, who is treated to a grueling physical punishment in the guise of extra duty. Prew endures the treatment without protest and gaining a few soldiers admiration. All goes downhill however when Prew’s only friend, Maggio is arrested for going AWOL while on duty and thrown into the stockade that is overseen by Sgt. “Fatso” Judson (Ernest Borgnine) a noted enemy of Maggio’s and a man bent on killing him. When “Fatso” succeeds, Prew takes matters into his own hands and ends up going AWOL and holing up at Lorene’s while Pearl Harbor is under attack. When he tries to get back to his barracks so he can fight, he is mistaken for the enemy and shot down. 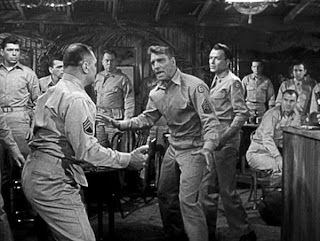 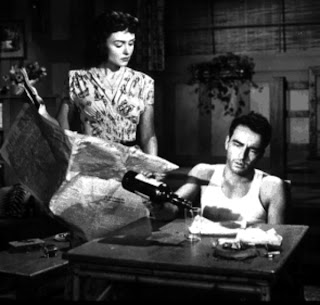 From Here to Eternity is one of those movies everyone knows even if it’s simply the beach scene between Lancaster and Kerr. Admittedly, that scene and the movie’s correlation to the attack on Pearl Harbor are the only things I knew about the film. That being said, I wasn’t really happy with how things turned out for Prew and Warden. After such an engaging love scene, one that’s managed to resound for almost five decades, it was a little disappointing how Warden and Karen parted. I kept thinking something more would happen between the two of them. As for Prew, he was such a stubborn character and endured so much through the whole film that for him to be killed off in such a manner left me a bit cold.
This is not to say it was a bad film. How could it be with such fine actors as Lancaster, Clift, and Borgnine? The film had many great moments and was completely enthralling until things began to fall apart for Prew. I guess the past five decades of hype left me thinking there would be something more.