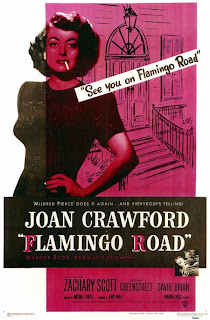 Lane Bellamy (Joan Crawford), a former carnival dancer gets romantically involved with a small town sheriff Fielding Carlisle (Zachary Scott). Just when things were getting serious Fielding breaks up with Lane, informing her he will be marrying someone with more social rank. In truth, Fielding is quite a weakling, allowing himself to come under the thumb of the town’s political boss, Titus (Sydney Greenstreet) who disapproves of Fielding’s choice in Lane. 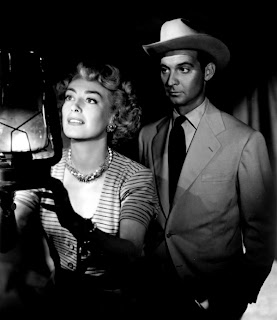 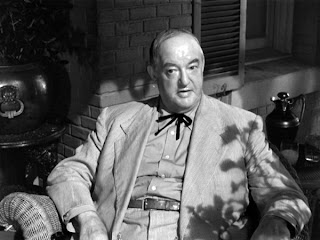 Despite Titus trying to drive her out of town, Lane remains, meets and marries Dan Reynolds (David Bryan), a man with just as much money and power as Titus. They move on to the infamous Flamingo Road, where all the town’s elite live. Though Lane tries to live a normal life, her marriage is soon marked by scandal when Fielding, now an alcoholic and well aware of Titus’ evil plans, visits Lane at her home and kills himself.
Lane discovers she truly loves Dan when she finds that Titus now threatens not only her but her husband. She decides to take matters into her own hands and take care of Titus herself. 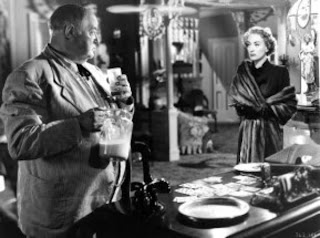 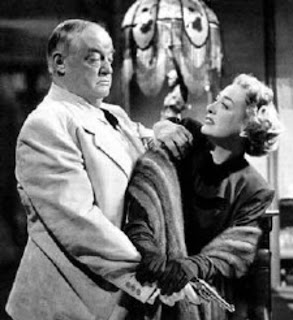 Flamingo Road is a fast-paced, intriguing story despite being a bit predictable. Joan Crawford always plays the victim well but she plays at vengeance even better. It’s delicious to see Titus, played very skillfully by Greenstreet, get his comeuppance.
Love this poster! 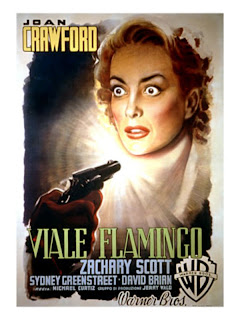 Tonight on TCM!
FREDRIC MARCH TUESDAY!!!
Design for Living is on tonight! Catch it if you can!﻿
Posted by Sarah at 12:42 PM