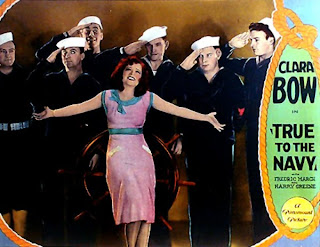 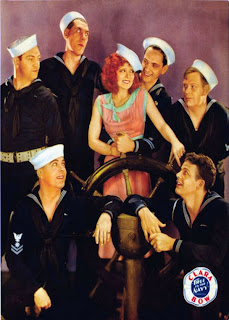 Taking a step back a couple of movies before the wonderfully executed The Royal Family of Broadway, we have Fredric March in True to the Navy. One definite criticism I can agree with is that Paramount was definitely not looking after either Clara Bow's or Fredric March's best interests. Bow was considered a talented dramatic actress in her silent films, and despite her worries about the quality of her speech (which honestly wasn't bad in this film), Paramount decided that her scandals outside the studio were not worth the bother despite the vast amount of money she had earned them. As for March, most likely to appease the his fan girls of the day (whom Paramount insisted pasted thousands of pictures of March all over their walls), he was taken out of the drawing room and put into a sailor suit to ably play rough neck sailor Bull's Eye McCoy. An ace shooter with both targets and the ladies, he like most of his shipmates has fallen for the charms of one Ruby Nolan (Clara Bow), a shop girl with a nice set up who charms money out of all her sailor beaus for her boss Harry (Solomon Bimberg). 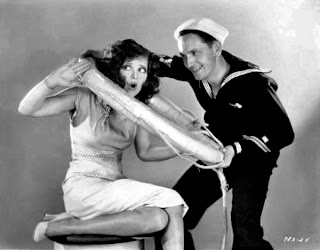 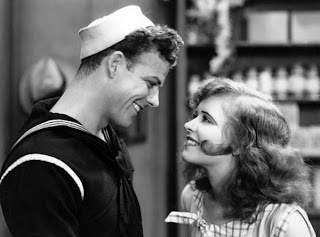 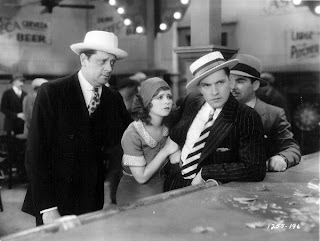 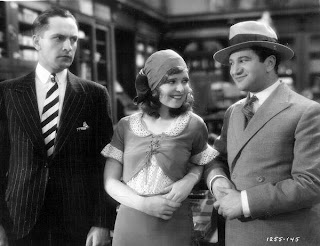 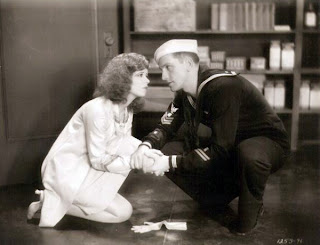 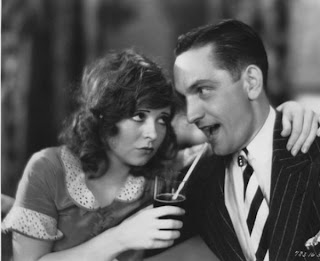 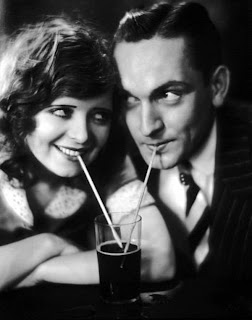 When several of her beaus converge upon the shop all at once, chaos ensues. Ruby swears off sailors for good. That's until she meets McCoy. There is instant chemistry and they set up a time to meet later in the day. While McCoy passes the time until their date, his shipmates, knowing he's quite the ladies man, ask him if he will pursue Ruby and then drop her cold. McCoy says he hasn't the time, unaware that his date is the girl they speak of. When the shipmates find out, they assume he has agreed to help them and follow him on the date. When McCoy realizes who Ruby is, he manages, in their one and only date, to abandon Ruby at the altar after they agreed to get married. Ruby learns that her past actions have cost her a real chance at love and eventually McCoy realizes that Ruby really did love him and wasn't playing games as she did with his shipmates. 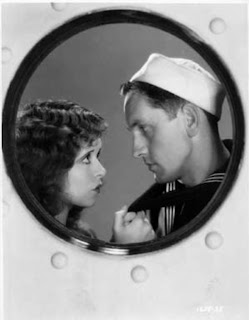 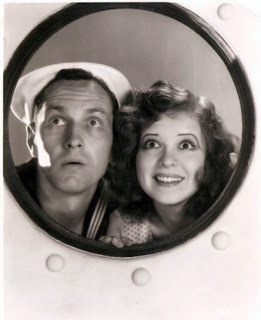 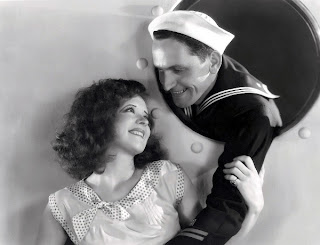 True to the Navy is proof positive that no matter how talented a star was, the almighty dollar reined supreme. However, seeing a distinguished actor such as Frederic March in sailor togs, chewing gum profusely while dispensing wise guy dialogue, is actually worth sitting through this mediocre film. Call me a fan girl. ;)

Email ThisBlogThis!Share to TwitterShare to FacebookShare to Pinterest
Labels: Bimberg, Bow, March, True to the Navy