In her last feature film that summed up a career that spanned forty years, earned her three Academy Awards, two Emmy Awards, and the Tony Award for Best Actress, Ingrid Bergman plays a world renowned concert pianist, ironically the same profession she had in her role as Anita Hoffman in Intermezzo: A Love Story (1939), the film that began her American career. The similarity ends there. As generous and self-sacrificing her character Anita Hoffman is in Intermezzo, she is as selfish and self absorbed as Charlotte Andergast in Autumn Sonata. 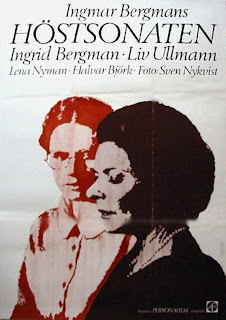 When Charlotte Andergast’s (Ingrid Bergman), comes for a visit to her daughter Eva’s (Liv Ullmann) after her long time partner Leonardo passes away, she quickly realizes that she is in for a large dose of reality. Eva, who was formerly a journalist, lives a simple life with her minister husband Viktor (Halvar Björk), and has not seen her mother in seven years. Upon arrival, Charlotte learns that her other daughter, Helena (Lena Nyman) is now living with Eva as well. Helena is crippled by a degenerative nerve disorder and was formerly institutionalized by Charlotte who simply didn’t want the hassle of caring for her. With the loss of her four year old son due to accidental drowning, Eva takes on the care of Helena quite competently. The fact that Eva did not mention this turn of events puts Charlotte on the defensive and she expresses her displeasure immediately after leaving Helena’s presence. As Eva spends more time with her mother, her feelings from childhood re-emerge, and she feels compelled to let her mother know how her neglect has affected Eva in the most negative way. When Eva finally decides to tear into Charlotte, dirty secrets and true feelings are revealed. Charlotte, in turn, tries to explain why she wasn't such a great mother. Though it’s too late to make any real amends and the story doesn’t end neatly, all hope is not lost. 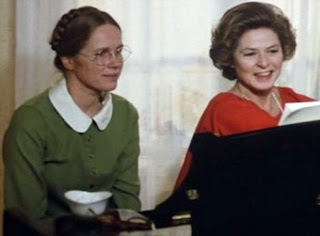 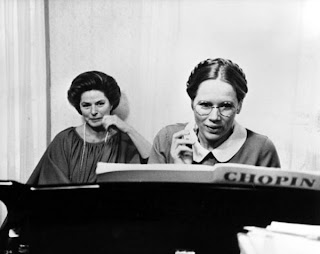 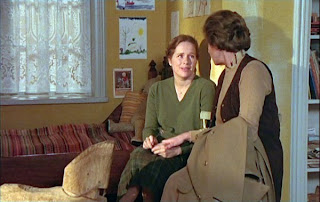 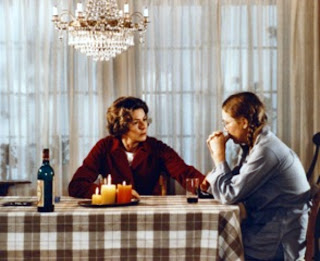 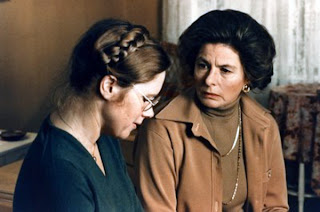 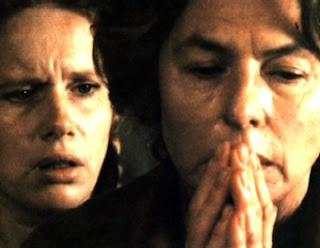 Director Ingmar Bergman and Ingrid Bergman had long wanted to work together however, when the chance came with Autumn Sonata, a film Ingmar wrote himself, they quickly found that they did not work well with one another. Ingrid showed up to the set prepared to play Andergast complete with gestures and mannerisms that harked back to old Hollywood, much to Imgmar's despair. In turn Ingrid was also dealing with a subject matter closely relating to her personal life and was difficult to direct, constantly arguing with Ingmar and delivering her part in a manner that actually benefited her since Andergast is a self-absorbed woman of fame who cares more about her career than her family. 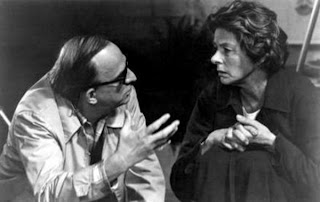 Despite the tension, it worked in their favor and Autumn Sonata is a wonderfully executed swan song for Ingrid Bergman. But I would be remiss if I did not say that Liv Ullmann who plays Bergman's daughter did not hold her own quite masterfully. She more than delivers in the emotionally climactic scene of the film. I literally shivered when she tells her mother she is a menace who should be locked up and rendered useless. There is very powerful dialogue throughout the film which is in Bergman's native language, personally making me wish I did not have to read subtitles and missing out on some of the reactions Bergman and Ullmann were sparking in one another. A truly great film and must see if you are a Bergman fan.