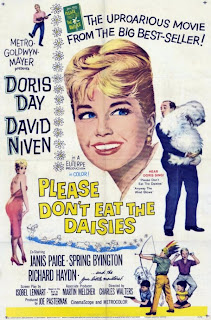 At the peak of both their careers Niven and Day paired up this once as married couple Lawrence and Kate MacKay. Lawrence has reached the pinnacle of his career, transitioning from fair and informative theatre professor to theatre critic for the New York Daily. His first assignment is to critique his best friend’s Alfred's (Richard Haydn) first musical. Unfortunately, it is not up to par with his Alfred's non-musical productions and includes an actress Deborah Vaughn (Janis Paige) who cannot act. Despite giving a fair review that he hoped would spare Alfred's feelings, Niven is subjected to his Alfred's indignation and the publicity seeking wrath of Ms. Vaughn. Thus goading Lawrence into becoming the type of critic he and Kate have always despised.
Kate watches on in despair as the two friends try to one up one another. Between taking care of their four rascally sons (the youngest needs to be caged), dealing with a big move to the country from Manhattan, appeasing the small town theatre playhouse actors, and the sudden amorous attentions of the once wrathful Ms. Vaughn towards her husband, Kate has a hard time keeping Lawrence grounded. Fortunately, and perhaps a little too conveniently, Lawrence and Kate love each other madly and when Lawrence's conceit finally bites him back, he has the sense to realize where he went wrong. 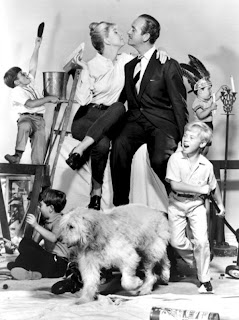 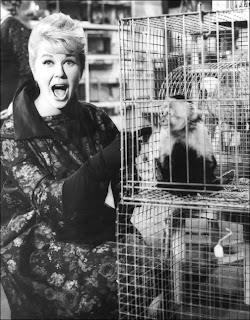 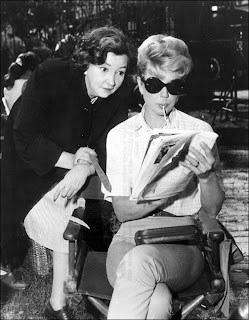 With wonderful performances by the stars and their supporting cast including one of my favorite character actresses Patsy Kelly, Please Don’t Eat the Daisies is an entertaining and lighthearted film.