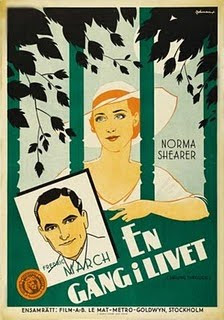 John Carteret (Leslie Howard) spends his life mourning the death of his fiancée Moonyean Clare (Norma Shearer), who died on their wedding day. He spends his days talking with her spirit in the garden, the place where they were the happiest. When Moonyean’s sister dies, John takes in the orphaned daughter Kathleen. As she grows she becomes more and more the image of Moonyean to John’s delight. One day while taking refuge in an abandoned manor during a rain storm, Kathleen, also played by Norma Shearer, runs into Kenneth Wayne (Fredric March) a handsome American whose come to serve in WWI. The attraction is instant and as they get to know one another better Kenneth reveals that the old manor is his father’s home. When Kathleen tells Uncle John about her meeting, he demands that she cut off all connection with Kenneth. Confused, Kathleen seeks answers and learns that Kenneth’s father, Jeremy Wayne also played by Fredric March also loved Moonyean. In a drunken rage he crashed their wedding and aimed his pistol at John. Unfortunately the bullet hit Moonyean, causing her death. Kathleen then promises she will no longer see Kenneth but has difficulty keeping her promise as she is deeply in love with him.
The night before Kenneth is to report for active service, Kathleen tells her Uncle John that she is going to marry Kenneth. However, John threatened to cut her off completely if she does so. With no way to support her while he is at war or with any guarantee that he will return from war, Kenneth refuses to marry her. However, Kathleen devotedly waits for the war’s end and is devastated when the train bringing the soldiers home does not bring him. Kenneth is actually on the next train with the wounded soldier having lost the use of his legs. He is only in town long enough to grab his things from Wayne manor and then he will set off for America. When he is recognized by Dr. Owen (O. P. Heggie) an old family friend of the Carteret’s, he tried to persuade Kenneth to see Kathleen. Kenneth refuses. He does not want her pity. While at the manor Kathleen comes running having seen a light in the window. After proclaiming her love for him and relief of his return, Kenneth is given the difficult task of hiding his wounds and pretending her does not love her in return. Crushed, Kathleen leaves and admits to her Uncle that she will love Kenneth forever whether he loves her or not. Uncle John takes pity and admits to Kathleen what Dr. Owen told him, that Kenneth is wounded and putting on a charade for her benefit. As Kathleen runs to the station to bring Kenneth home, John passes away peacefully and is finally joined with his Moonyean. 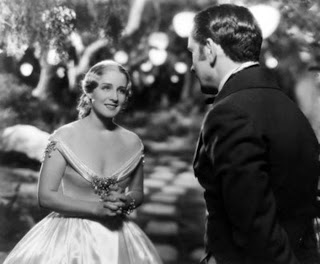 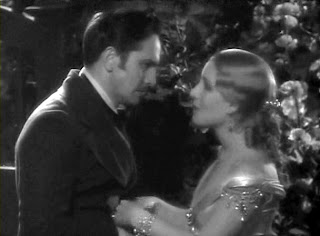 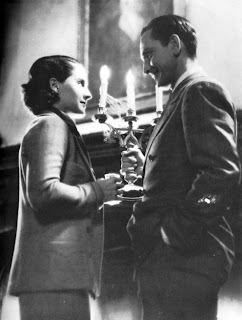 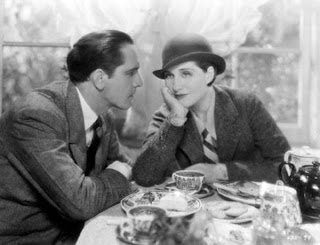 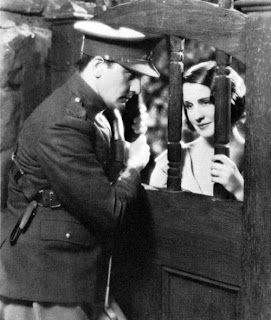 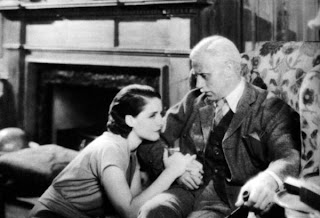 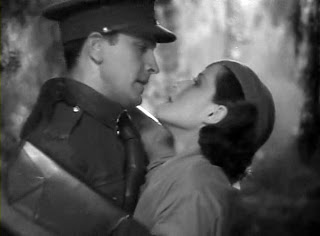 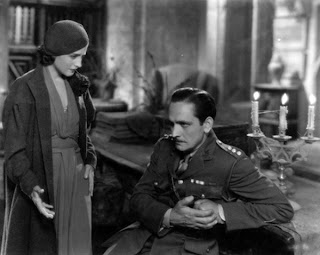 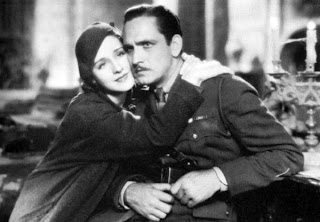 Och! What a tear jerker! This film was lovely in so many ways. March and Shearer's chemistry comes off so simply. It's so believable that they have a hard time staying away from one another. The scene where they first meet is riveting. March is all in shadows and as he takes off his hat the room lights up and the camera comes in for a close up of his face and that wonderful smile of his. The camera then pans in on Shearer's reaction and there written all over her face is the future of Kenneth and Kathleen. Fantastically done! Then there is the scene where Kenneth refuses to marry Kathleen. March's reaction to her crying is priceless! He mixes a good amount of guilt, annoyance, and confusion coming off as the typical male who doesn't know how to deal with feminine tears. As they make up and Kathleen admits she is being silly, Kenneth's relief is palpable until they must really part and the scene ends with Kathleen crying and begging to go with him as Kenneth groans and refrains from rolling his eyes. Hilarious!
Then there is the parting at the station as Kenneth keeps kissing Kathleen trying to make the most of every second they are together, finally having to run after the train. It makes you wonder how many couples have played out this scene in real life during war time.
Finally, there is the ethereal quality of the relationship between John and Moonyean. She visits him often but finds it harder and harder to reach him as his hatred for Kenneth and his father Jeremy cloud his judgement. He seeks her comfort over the matter of Kathleen but doesn't understand why he can't receive it until Dr. Owen states what Moonyean has been trying to tell him from the beyond. If he continues to keep hatred in his heart he will never be reunited with his beloved Moonyean. This statement combined with his pity over Kathleen's plight encourages him to admit that Kenneth is wounded so that Kathleen will go after him.
A simply well executed movie displaying the 30's era of sincere emotion with dedicated creativity.


Fredric March on Norma Shearer:
"She had a wonderful sincerity and poise, and she was deeply emotional but she knew how to filter that emotion with discipline so that it came off the screen as deeply felt rather than merely sentimental. She had some very strong scenes with me in Smilin’ Through; I especially recall one in which we were to part as I went to war; she got across her agony in truly eloquent terms. I heard how perfectionist she was supposed to be, but if she gave her best, she expected everyone else around her to give theirs along with her, and I have always tried to set the highest standards for myself, I could hardly fault her for that.Yes, she did fuss around with Lee Garmes about “white” lighting and all that, but there was a reason for it as she had a peculiar face, beautiful as it could be, with eyes smaller than normal, and it took a combination of the right lighting and the right eye makeup to get her looking her best. I don’t think vanity had a thing to do with it- she just wanted to give- and look- her absolute best, and how can one fault an entertainer for that."

Side note:
There is also a 1941 musical version of Smilin' Through, starring Jeanette MacDonald, Brian Aherne and Gene Raymond.