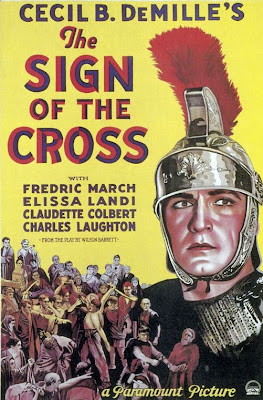 After burning Rome, Emperor Nero (Charles Laughton) puts the blame on the Christians, and issues the edict that any caught are to be sent to the arena to die. When two Christians- Favius (Harry Beresford) and Titus (Arthur Hohl) are caught, Mercia (Elissa Landi) tries to intercede when Marcus Superbus (Fredric March), the highest military official in Rome and Nero's most loyal subject, comes upon them. When he sees Mercia, he falls for her and allows the Christians to be set free. Knowledge of this gets back to Tigellinus (Ian Keith) who wants to get back into Nero's favor. He sets out to find where the Christians are meeting and is about to have them imprisoned when Marcus intercedes again and has them imprisoned at his palace. Marcus would have gotten their sooner but he was held up by Poppaea (Claudette Colbert), Empress to Nero, who loves him, but Marcus, out of respect for Nero, will not have an affair with her. When she learns of his love for Mercia, she persuades Nero not to kill Marcus, whom Tigellinus says is disloyal but instead, Mercia. Poppaea wants Marcus for herself- even by command if neccessary. 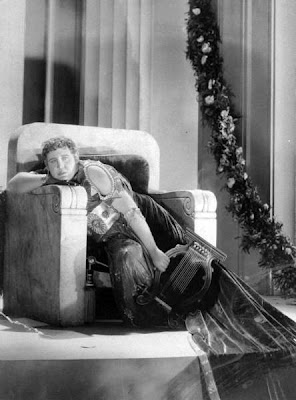 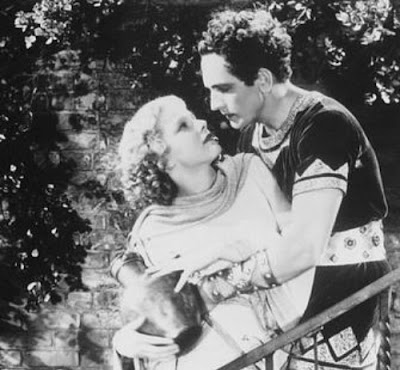 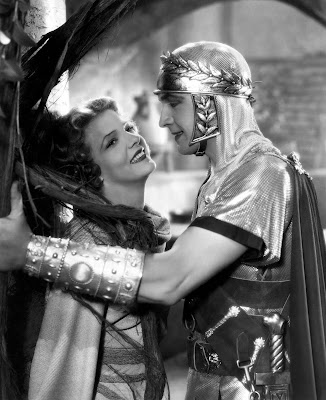 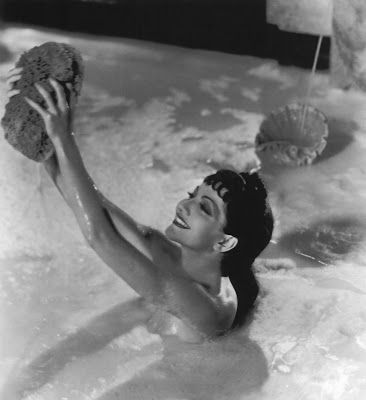 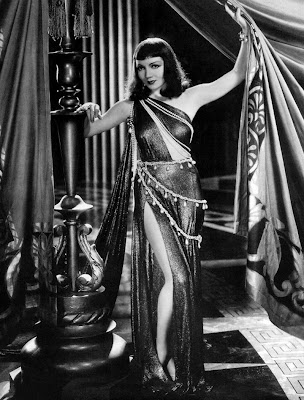 Once Marcus has Mercia in his home he tries to persuade her to live his sort of life. Mercia realizes then that Marcus only wants to enslave her, keep her as a posession. His friends interupt him and an orgie commences where Marcus persuades Ancaria (Joyzelle Joyner) to encourage Mercia to let go and live a little. Ancaria's performance is interupted by the imprisoned Christians who are singing as they are taken to the arena for the next days activities. Ancaria incurs Marcus' wrath when she slaps Mercia for smiling only when she hears her fellow Christians people sing. He kicks everyone out and is to the point of raping Mercia when Tigellinus intercedes and takes her away to the arena. 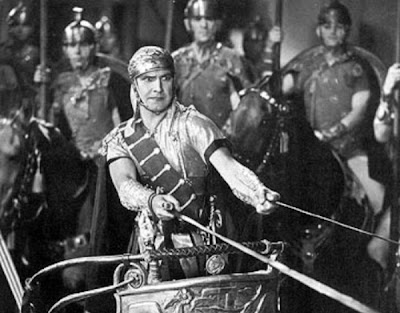 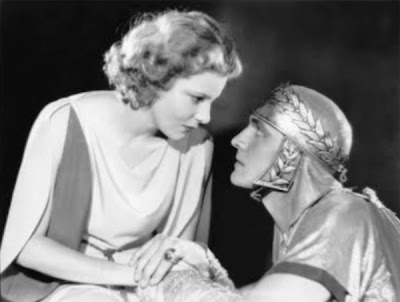 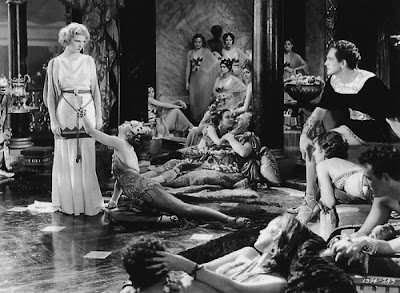 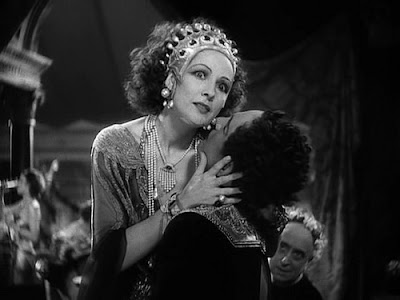 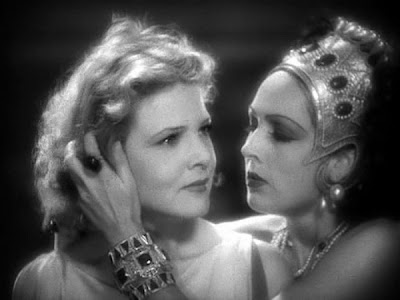 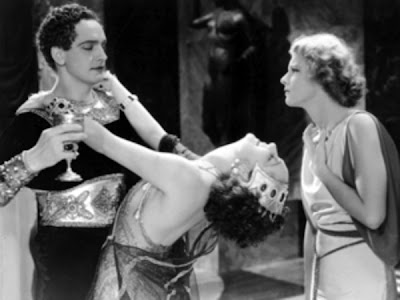 In the next scenes the viewer is exposed to the horrors of the arena. Naked virgins used as food for aligators, apes, and lions; dwarves and Amazon women dismembering each other; gladiators killing for sport; elephants crushing human heads. Some scenes are more graphic than others, all scenes are hallmark DeMille. Before Mercia is scheduled to go out and die in the arena alone (as Poppaea has arranged), Marcus, who realizes he really does love her, has come to plead with Mercia one last time. Nero is willing to spare her if she will simply renounce her Christianity. When Mercia refuses, Marcus, out of love for her, decides to enter the ring with her a la We Live Again (1934). Unfortunately, we don't get to see the looks on everyone's faces, especially Poppaea's, when this happens. 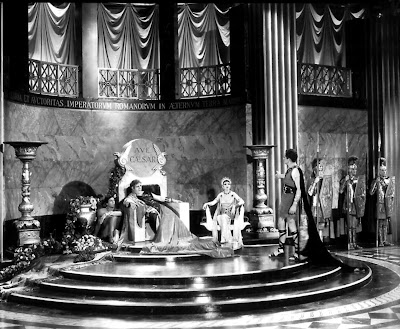 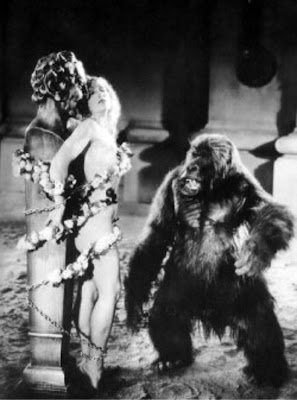 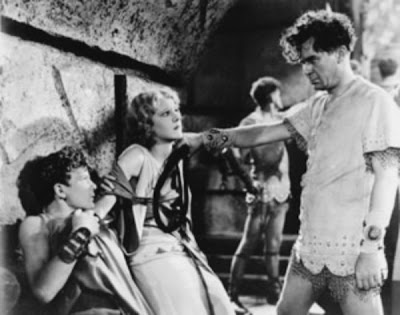 This film had many wonderful, naughty things going on. Colbert's breasts. March's legs and wicked perm. Laughton's effiminate characterization of Nero. Joyner's lesbianesque dance admidst an orgy. Naked, sacfricial virgins. The use of blood, so sorely lacking in most classic cinema. DeMille mixes realism with fantasy well and this period piece despite it's length, moves quickly. I probably wouldn't have cast Nat Pendleton as a character in this type of period film, he sounded like he was from the streets of New York, not the streets of early Rome. Also some of the ladies, like Dacia (Vivien Tobin) were squarely stuck in the thirties era with their comportment and dialogue not to mention the wardrobe choices---high heels, ladies? Tsk, tsk. However, anytime I see these little idiosyncracies, I am reminded of what stars like Bette Davis and John Wayne said upon reflecting on the way cinema was heading when they were winding down their careers. Both were of the opinion that cinema was becoming too involved with realism. People went to the movies to escape and when they made movies there was always a sense of make believe, of fantasy. They believed all movies should return to that edict. I'm inclined to agree. Let them wear heels!

Fredric March was particularly delicious in this film with his well-honed speech and graceful stances well suited to the part of Marcus Superbus. He was a wonderful mixture of wicked, sensual, and sweet, and a perfect example for DeMille to display how true Christianity conquers temptation. Superbus is mightily persuasive but Mercia's faith is stronger. 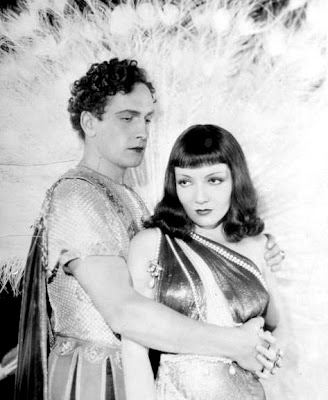 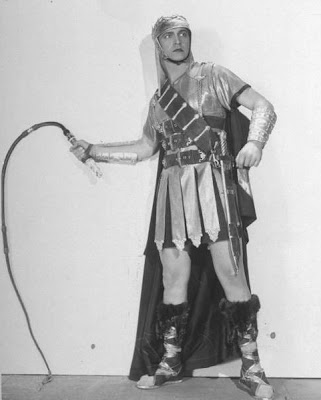