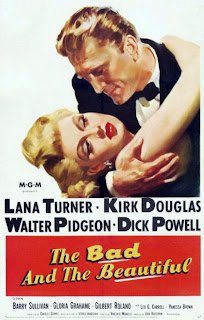 Is Jonathan Shields (Kirk Douglas) a jerk? Sure! Has he done some pretty terrible things to his friends? Of course! Is he really just a bad person? Uh...hard to say.

Sure Jonathan sacrificed a talented and powerful friendship to get a step up in the production business and get his own studio. But what he did to Fred (Barry Sullivan) turned in Fred's favor- he became a successful director, sought out by all studios and given the freedom to choose what he would direct after years of sub par projects being thrown his way.
Sure Jonathan sacrificed the chance at true love with a devoted woman like Georgia (Lana Turner) who would have given up her entire career, one Jonathan helped build, just to be with him. Instead he turned her away and she became the famous actress she is now, making money for another studio having quit Jonathan's.
Sure Jonathan sacrificed a wonderful collaboration and friendship with author cum screenplay writer James Lee Bartlow (Dick Powell) by getting him to concentrate more on his screenplays than his wife, Rosemary (Gloria Grahame) who easily gives in to outside forces. James Lee finally got that second novel written with Jonathan's help.
So, when Jonathan Shield's studio is down and out, when he is in need of the three most important people whose lives have forever been changed by his actions, will his most faithful employee Harry Pebbel (Walter Pidgeon) be able to convince them to work with Jonathan again? 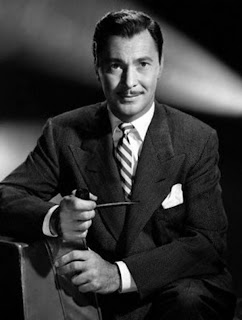 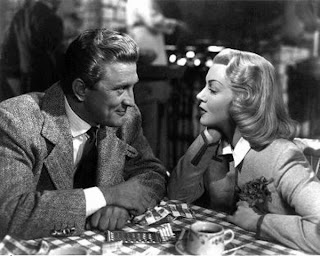 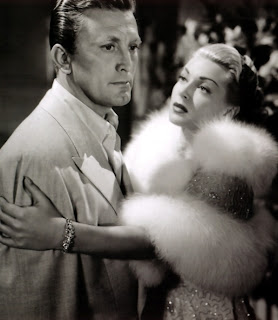 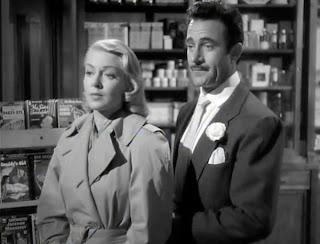 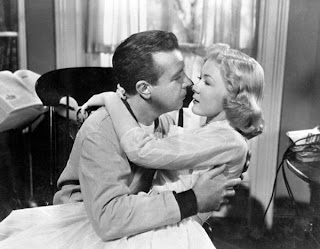 Alternating between being a complete heel and vulnerable prankster, Douglas's Johnathan Shields is just as easy to hate as he is to love. Douglas reminds me much of James Cagney, having this ability to be wicked and fearsome, but also funny and endearing.
This movie packs a powerful punch and is definitely a must see. Lana Turner, Dick Powell and Gloria Grahame play wonderful supporting roles.


Tonight and well into Wednesday on TCM!
Kirk Douglas!!
Posted by Sarah at 10:27 AM

Email ThisBlogThis!Share to TwitterShare to FacebookShare to Pinterest
Labels: Douglas, Pidgeon, Powell, Sullivan, The Bad and the Beautiful, Turner