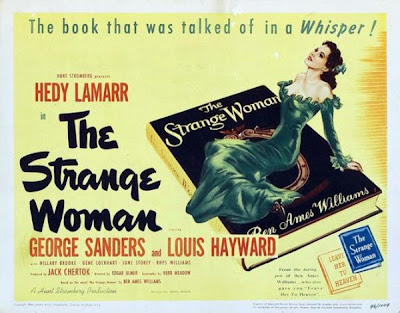 Jenny Hager (Hedy Lamarr), is a difficult girl, with a high opinion of herself. Living in Bangor, Maine with her drunken father, Jenny plans to catch herself a rich man. It helps that Jenny possesses great beauty. Something that Isaiah Poster (Gene Lockhart) and his son Ephraim (Louis Hayward) have not missed. Jenny exploits Isaiah’s attraction to her, eventually marrying him while behind his back she leads Ephraim on, carefully making sure that he falls in love with her so that he will do her bidding.
To the outside world of Jenny is a devout woman, caring and compassionate. She ensures this by offering to donate money to the church, caring for her husband’s sick employees, and saving the life of the town prostitute. When Isaiah falls ill, Jenny devotedly cares for him thinking he will die soon. When he does not, she convinces Ephraim to kill his father so they can be together. But Jenny already has he eyes set on someone else and has no intention of marrying Ephraim. She wants, John Evered (George Sanders), Isaiah's foreman and her friend Meg's (Hillary Brook) fiancé.
When Isaiah decides to visit his holdings up in the woods he insists that Ephraim accompany him on the canoe trip, even though Ephraim is terrified of the water. After Ephraim accidentally upsets the canoe and Isaiah drowns, Jenny forbids him to enter the house and drives him to drink. Taking over the management of Isaiah’s properties, Jenny promotes John to a job in town. When John hears rumors of a drunken Ephraim telling people that Jenny is evil, he questions Ephraim and then suggests that Jenny confront Ephraim to prove her innocence. When John and Jenny arrive at Ephraim's cabin, however, he has hanged himself. Jenny scares away their horses, and she and John are forced to stay all night together in the cabin. Soon Jenny and John are married. The marriage is happy, although Jenny discovers that she is unable to have children. When a revivalist preacher comes to town, proclaiming that an evil woman cannot reproduce, Jenny believes that he can see into her soul and tells John that Ephraim's stories about her were true. This is too much for John, and he leaves her. The next morning Jenny finds him in the country with Meg. Although John has told Meg that he intends to return to Jenny because he loves her, Jenny tries to run them over in a jealous fit and is thrown over a cliff to her death. 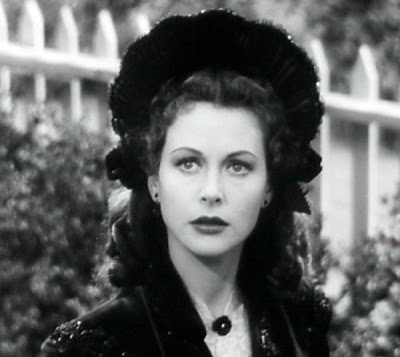 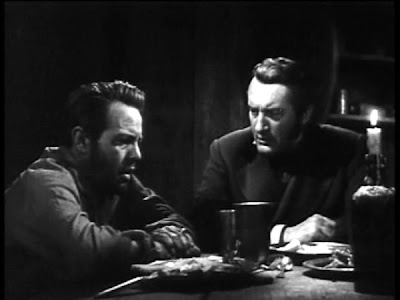 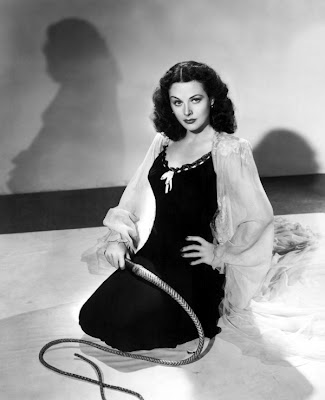 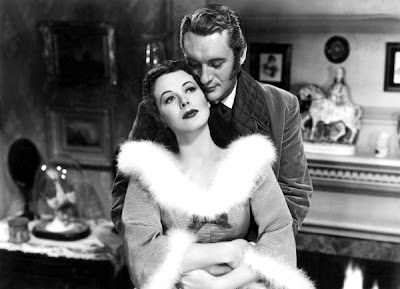 Jenny Hager is a strange woman indeed, I could not distinguish whether or not she did good deeds because she wanted to be a good person or because it was all a part of her plan to become rich. There are times Jenny is truly horrible but then she makes up for it by doing things that would not necessarily aid her cause. You feel a bit sorry for her when she does find true love John because you know it's doomed to fail (post code morality in full effect), but not too sorry, she did steal him from her friend Meg who had always been kind and helpful to her.
This is the second film I have seen with Hedy Lamarr. She really was quite beautiful and has the best set of eyebrows I've seen yet in classic cinema (you may think that's strange so I should do a blog on stars and their eyebrows to set you straight on what I mean). George Sanders does not portray his usual cad role and so was not as effective in this film as he would be in others. He is a kind and caring individual, very foreign to the Sanders I know and love. Overall the film was mildly entertaining.
Tonight on TCM!
Paper Moon (1973)
A fraudulent bible salesman reluctantly adopts a tough little girl who could be his daughter.
Cast: Ryan O'Neal, Tatum O'Neal, Madeline Kahn, John Hillerman Dir: Peter Bogdanovich (I love this film!)
Posted by Sarah at 5:07 AM