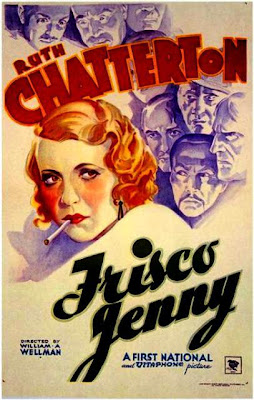 In 1906 San Francisco, Frisco Jenny Sandoval (Ruth Chatterton), a denizen of the notorious Tenderloin district, wants to marry piano player Dan McAllister (James Murray), but her saloonkeeper father Jim (Robert Emmett O'Connor) is adamantly opposed to it. An earthquake kills both men and devastates the city. In the aftermath, Jenny gives birth to a son, whom she names Dan. 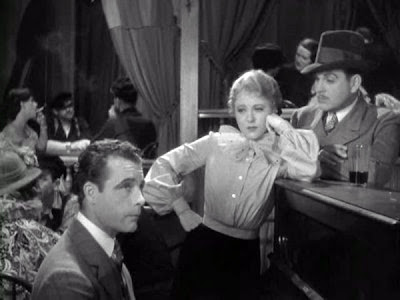 With financial help from crooked lawyer Steve Dutton (Louis Calhern), who himself came from the Tenderloin, she sets herself up in the vice trade, providing women on demand. Jenny has one loyal friend, the Chinese woman Amah (Helen Jerome Eddy), who helps take care of the baby. 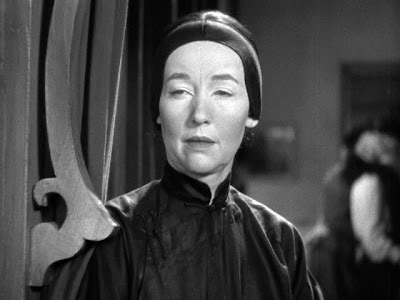 At a party in Steve's honor, he catches gambler Ed Harris (an uncredited J. Carroll Naish) cheating him in a back room. In the ensuing struggle, Steve kills him, with Jenny the only eyewitness. The pair are unable to dispose of the body before it is found and are questioned by the police. However, neither is charged. The scandal forces Jenny to temporarily give up her baby to a very respectable couple who owe Steve a favor to keep the child from being taken away from her. 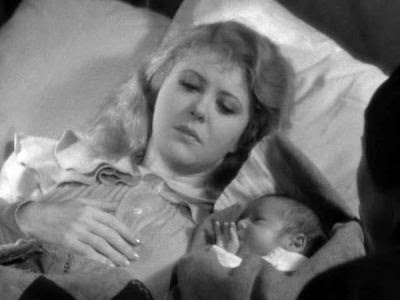 After three years, she tries to take her son back, but the boy clings to the only mother he can remember, so she leaves him where he is. He grows up and goes to Stanford University, where he becomes a football star, graduates with honors, and becomes first a lawyer, then an assistant district attorney. Jenny lovingly follows his progress. Meanwhile, she takes over the vice and bootlegging in the city. 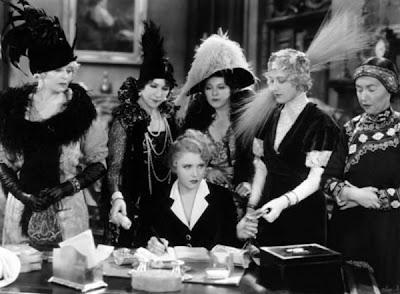 When Dan runs for district attorney, his opponent is Tom Ford (an uncredited Edwin Maxwell), who does Jenny's bidding. In spite her best interests, she frames Ford so that Dan can win.
When Steve tries to bribe Dan to free some of his men, he is arrested. Out on bail, Steve asks Jenny to blackmail Dan into dropping the charges, but she refuses to jeopardize her son's future. In fact, she intends to retire to France with Amah. When Steve threatens to reveal that Jenny is Dan's real mother, she shoots and kills him at Dan's office.
She is quickly arrested and prosecuted by Dan. Refusing to defend herself, she is condemned to death by hanging. Amah pleads with her to tell Dan the truth in the hope that he can help her, but when he comes to see her, she remains silent. - Thanks to Wikipedia for film description.

Summer Under the Stars: Audrey Hepburn