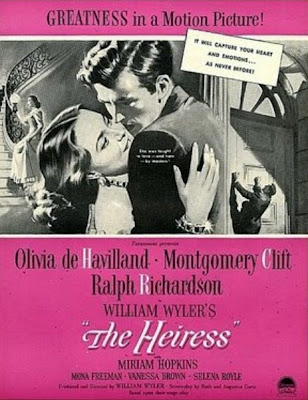 The Heiress is a movie I had seen a few years ago. I enjoyed it just as much the second time around. I think the story really draws you in because Montgomery Clift's character, Morris Townsend, is played so ambiguously. You really don't know if he would have made Catherine (Olivia DeHavilland) miserable or not and up to a certain point you are unsure if he really is only after her fortune. In contrast, Catherine, who plays such a dim-witted sheep before she sees Morris' true colors, is an entirely different character by the end of the film. I also like the fact that not only has she developed a backbone but, she gets her revenge. However, any soft-hearted woman can relate to her Aunt Penniman, who just cannot understand how Catherine can be so cruel when Morris comes around for a second chance. That's how well Montgomery Clift plays Morris, even when he is exposed as a fortune hunter, you want him to find happiness.

Catharine Sloper: Yes, I can be very cruel. I have been taught by masters. He's grown greedier over the years. Before he only wanted my money; now he wants my love as well. Well, he came to the wrong house - and he came twice. I shall see that he does not come a third time.


In The Heiress, Catherine Sloper is a plain, painfully shy woman whose emotionally detached father makes no secret of his disappointment in her. When she meets the charming Morris Townsend, she immediately is taken by the attention that he lavishes upon her, attention she so desperately seeks from her father. Catherine falls madly in love with Morris and they plan to marry.
Catherine's father believes Morris is courting Catherine only to get her inheritance and threatens to disinherit her if she marries him. Catherine does not care, and plans to elope with Morris but not before telling him about her father's decision. On the night they are to elope, Catherine eagerly waits at home for Morris to come and take her away, but he never arrives. 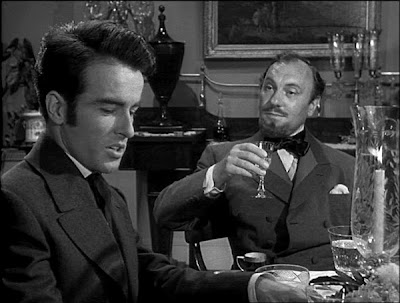 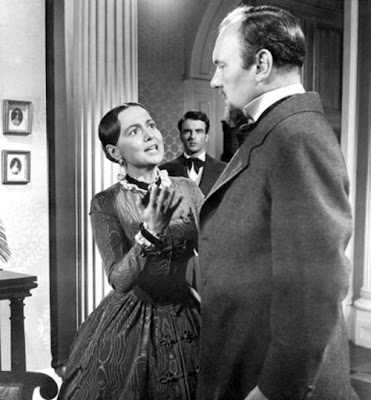 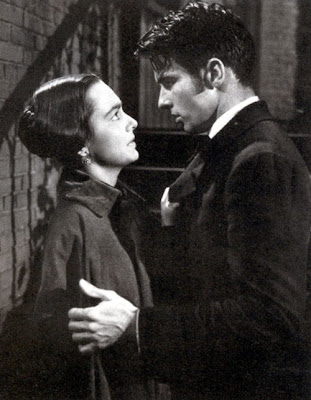 Catherine is heartbroken. A few years pass and her father dies, leaving her his entire estate. Morris eventually returns, penniless. Again he professes his love for Catherine, claiming that he left her behind because he could not bear to see her destitute. Catherine pretends to forgive him and tells him she still wants to elope as they originally planned. He promises to come back that night for her, and she tells him she'll start packing her bags. When Morris returns, Catherine takes her revenge. -Wikipedia 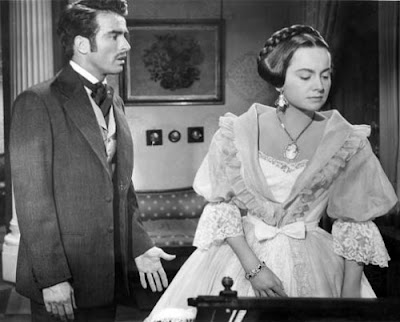 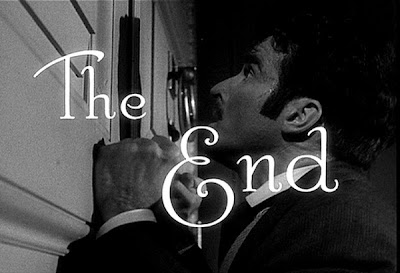 Summer Under the Stars: Sterling Hayden