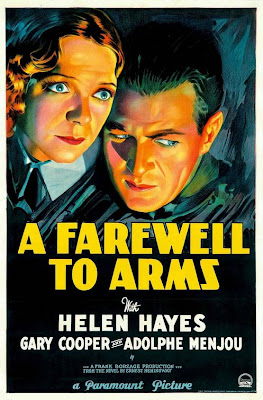 An overly sentimental portrayal of Hemingway's semi-autobiographal story, A Farewell to Arms focuses mainly on the characters as a couple and not the hardships they experience individually in a deadly war environment. I did not really enjoy the film, I thought the chemistry between Cooper and Hayes fell flat. I honestly do not understand the attraction of Helen Hayes. I think she looks a bit like a bridge troll. I'll have to see her in other movies before I can determine if she can rest on her acting laurels.

Synopsis:
Frederick Henry (Gary Cooper), an American ambulance driver serving in the Italian Army during WWI and Catherine Barkley (Helen Hayes), an English Red Cross nurse meet and fall in love. Major Rinaldi (Adolphe Menjou), Frederick's friend envies their relationship as he was in love with Catherine first. Seeing that Frederick is madly in love with Catherine, he has her transferred to Milan. But then Frederick is wounded in battle, and he is transfered to the hospital where Catherine works. They continue their affair until Frederick must return to battle. Meanwhile, Catherine settles in Switzerland, pregnant and on her own. When her many letters to Frederick are returned unopened (due to Rinaldi), she has a miscarriage. Frederick, who recieves none of her letters knows something is terribly wrong. As the Armistice nears, Frederick deserts the army and journeys to Switzerland to find Catherine who ends up dying in his arms. 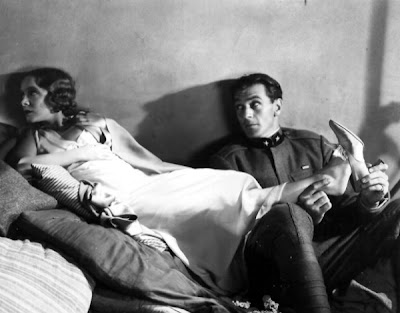 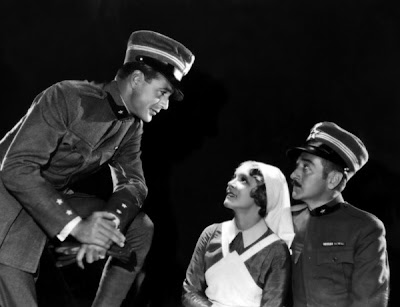 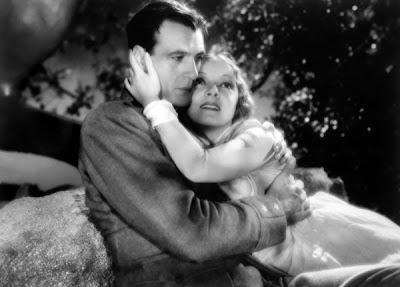 Summer Under the Stars: Angela Lansbury
Posted by Sarah at 5:07 AM

Email ThisBlogThis!Share to TwitterShare to FacebookShare to Pinterest
Labels: A Farewell To Arms, Cooper, Hayes, Menjou