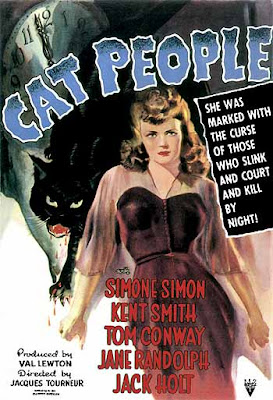 When Oliver Reed (Kent Smith) meets Serbian born beauty Irena Dubrovna (Simone Simon) at a zoo, love blossoms. After a short and very platonic courtship, they marry. However, complications arise because Irena believes in an ancient Serbian curse, one that will turn her into a panther if she is aroused. A perfect alibi to keeping within the Production Code so strictly adhered to in mainstream film of that era, Oliver and Irena never consummate their marriage. Heck, they never even kiss! It's harder to believe that Oliver would stick around much less marry a woman he's never kissed than it is to believe Irena might really turn into a cat. Patient Oliver sends Irena for treatment with psychiatrist Dr. Louis Judd (Tom Conway), always a treat in classic film, I love to hear the excuses they come up with for why someone may be acting or thinking crazy. It didn't disappoint: "These thought corrode the soul, leave a canker in the mind." That tops brain fever! Meanwhile, Oliver seeks consolation with his colleague Alice Moore (Jane Randolph)and discovers that he really loves Alice. Irena becomes jealous when she learns that she may be losing Oliver to Alice and there are few tense moments in the film when Alice is threatened.
The film had a lot more potential. As always, in films like these, the situation is sped up or the time-line is blurred. People fall in and out of love quickly and the plot is underdeveloped. Dr. Judd's sudden love interest in Irena is not explained. She apparently has the power to lure men to her but not all men. Animals fear her but not all animals and not all the time. Concern for Irena leads Alice and Oliver on a wild goose chase and when things don't end well, they just walk away. The scenes where Alice is being persued by Irena as a panther are the best in the film. 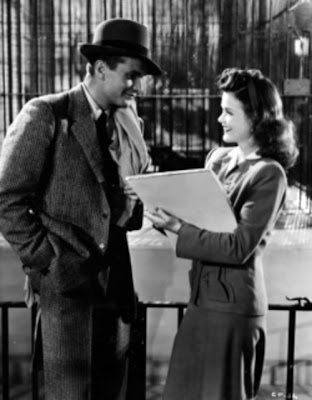 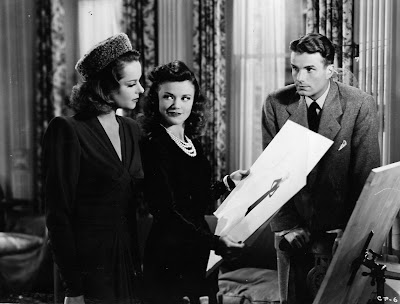 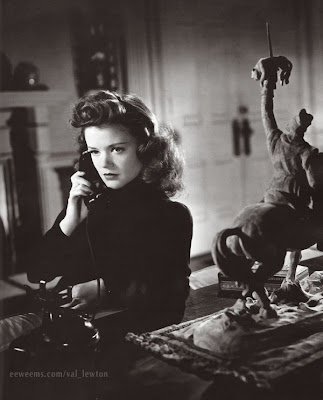 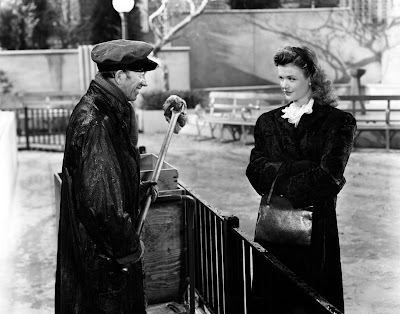 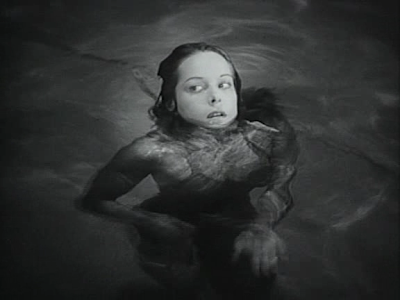 Oh! And there's a sequel: The Curse of the Cat People!