I just couldn't seem to get off the couch on Saturday or get to the remote control in order to turn on the DVR and get to the ever-growing list of movies I have waiting there. Thus, I saw three movies I normally would not have watched and despite former misgivings, Glenn Ford may have finally won me over. The director of the day was Blake Edwards and the variety in which his work was displayed on TCM was wonderful. Below are the movies I watched and enjoyed. 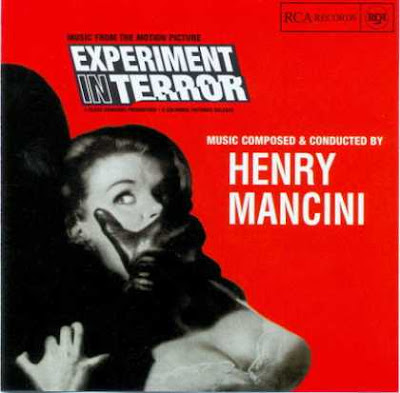 Kelly Sherwood (Lee Remick) a young bank teller is accosted in her garage by an unseen man(Ross Martin) who threatens to kill her and her teenage sister Toby (Stephanie Powers) if she does not steal $100,000 from the bank where she works. Despite being warned not to, Kelly contacts the FBI and agent John Ripley (Glenn Ford) who must protect Kelly and Toby while hunting down the psychopath with no leads to go on. Ripley working with a local police informant eventually identifies the man as Red Lynch (Ross Martin), a criminal who has already murdered twice before. On the day of the transaction Lynch kidnaps Toby to ensure that he'll get the money and leads Kelly on a wild goose chase to find him and hand it over. It all comes to a climatic and famous end after a Dodgers game at San Francisco Giant’s Candlestick Park.
Overall the film was good. I could have done without some of the more drawn out scenes, apparently a technique of Blake's to let the action play out. Everyone, especially Ross Martin puts on a terrific performance. 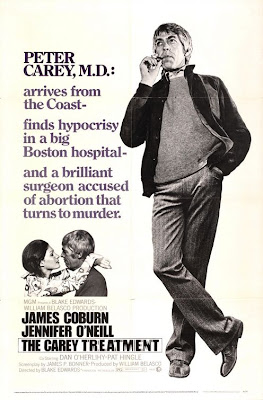 The scene opens with Dr. Peter Carey, a pathologist (James Coburn) arriving for his first day at a Boston hospital where he has transferred. Within minutes he has won over the hospital's dietician Georgia Hightower (Jennifer O'Neill). A few days after his arrival, the daughter of the hospital's Chief of Staff dies after an illegal abortion goes wrong, and Carey's friend and colleague Dr. David Tao (James Hong)is accused of performing the abortion. Carey doesn't buy it and begins his own investigation, angering the girl's father in the process. In a series of unpredictable, and at times unbelievable tactics, Carey manages to find out who performed the abortion and how that related to the hospital's on-going investigation of stolen morphine.
Despite my laziness, I was immediately mesmerized by this movie. James Coburn oozes authority and sexuality that you just can peel your eyes away from. Though their relationship moves at the pace of a locomotive, you can understand why Georgia is so easily taken in by him. Besides the pace of their relationship, the only other issue I had with the movie was some of the tactics Carey used to get answers and how he put his job on hold while doing the investigating on a case the police and the hospital's Chief of Staff/father considered already solved.
Side note: Micheal Blodgett looks like he could be Robert Montgomery's son. 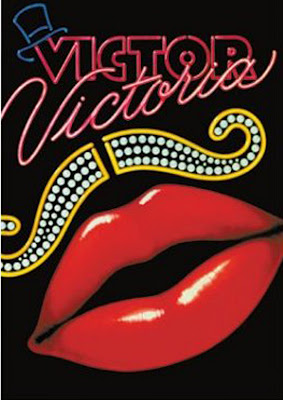 Set in 1930s Paris, Victoria (Julie Andrews) is a down on her luck opera singer in 1930's Paris. With the aid of a gay cabaret performer Toddy (Robert Preston), Victoria dons his ex's clothes and they pass her off as a female impersonator. A woman pretending to be a man pretending to be a woman. Perfect! Or it would be if Chicago "businessman" King Marchand (James Garner) didn't feel the need to investigate why he feels so attracted to "Victor" spurning his moll Norma Cassidy (Leslie Ann Warren). The revelation of Kings infatuation and his need to keep it a secret for Victoria's sake brings his body guard 'Squash' Bernstein (Alex Karras) out of the closet and allows for a little hilarity to ensue.
I'm not a great fan of Julie Andrews as I am not really a great fan of musicals. In fact, I can proudly say I have never seen Oklahoma. However, I did enjoy her performance although she did not come off masculine whatsoever. James Garner, who I find endearing and comedic did not disappoint and I think Leslie Ann Warren put on the best perfomance in the whole movie. A lot of tongue-in-cheek humor with a fantastic ending performed by Robert Preston.