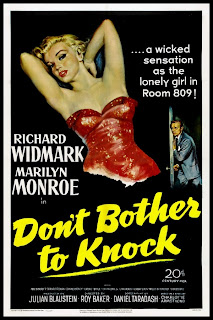 Lyn Lesley (Anne Bancroft in her first movie role) a bar singer at New York's McKinley Hotel. Upset that her boyfriend, pilot Jed Towers (Richard Widmark), disregarded her letter ending their relationship and has shown up to question her motives, they argue. She admits she thinks he’s too cynical and lacks an understanding heart. Meanwhile, elevator operator Eddie (Elisha Cook, Jr.) introduces his shy niece, Nell Forbes (Marilyn Monroe), to guests Peter and Ruth Jones (Jim Backus and Lurene Tuttle) who are in need of a babysitter for their daughter Bunny (Donna Corcoran) while they attend an event in the hotel's banquet hall.

After the Joneses have left, Nell reads Bunny a story and then insists she go to sleep. Nell then wanders around the room putting on Ruth’s negligee, perfume and jewelry. Jed, who has returned to his room catches sight of Nell across the courtyard. When Nell realizes he is watching her she shuts the blinds but then opens them again. Jed decides to give her room a call, and asks to be invited over. Nell tells him someone is at the door, hangs up the phone and shuts the blinds. Her uncle Eddie is checking in on her and admonishes her for wearing Ruth’s things, upsetting Nell. He soothes her by stating that she can have nice things when she finds another boyfriend to replace the one who was killed. Eddie leaves and Nell decides to invite Jed over. 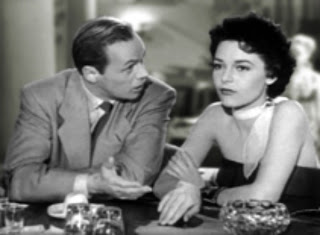 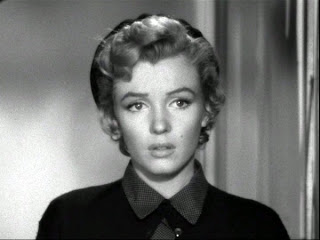 When Jed arrives, he is amazed at her beauty, however he is bewildered nervous manner and attempts to be flirtatious. Her inconsistent excuses as to why she is staying at the hotel put him on guard. Startled to learn that Jed is a pilot, Nell is instantly attracted. But then Bunny interrupts them and Jed learns why Nell is really at the hotel. Nell viciously orders the girl to bed, scaring Bunny who retreats back to her room. Nell admits that she has recently arrived in New York, finally escaping her repressive parents. Jed takes pity and suggests they soothe the crying Bunny. Nell allows her to look out the window to see the other rooms in the courtyard and there is a terrifying moment when she may push Bunny from the eight-story height. The incident is witnessed by Emma Ballew (Verna Felton), a nosy neighbor who screams. Jed quickly removes Bunny from the window thinking Nell is just being careless. When Nell takes Bunny back to bed she threatens to harm her if she makes another noise. When she returns to the other room, Jed has decided to leave to see if he can make amends with Lyn. 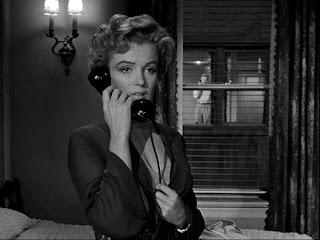 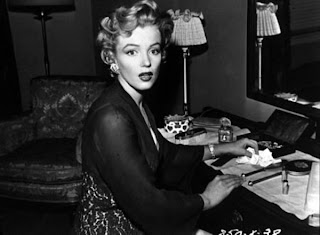 Becoming desperate, Nell begs him not to leave and when he refuses to kiss her, he sees the suicide scars on her wrists. Nell confesses that after her boyfriend, Phillip, died flying over the Pacific, she tried to kill herself with a razor. Eddie has come to check up on her again again so Jed hides in the bathroom. Eddie becomes irate when he sees that Nell is still wearing Ruth's things. His reaction enrages her, reminding her of her own strict and cruel parents. When Eddie tries to gain access into the bathroom she brains him with an ashtray stand. Trance like, she steps away as Jed revives Eddie, going into Bunny's room. When she returns Mrs.Ballews and her husband (Don Beddoe) are at the door demanding to be let in. Eddie and Jed hide as Nell tries to turn them away. Jed sneaks into Bunny's room but does not notice she is bound and gagged. When he sneaks out the other door leading to the hallway, the Ballews see him and assume he forced his way in and was holding Nell captive.They bust past the stunned Nell who is devastated that Jed left and call the hotel detective. So deluded that she believes Jed is Philip, Nell walks over to the closet Eddie is hiding in and locks the door. Eventually the Ballews are encouraged to leave, reassured that the house detective is on his way. But Pat (Michael Ross) only half-heartedly listened to Mrs. Ballew, as he is use to her constant complaining. 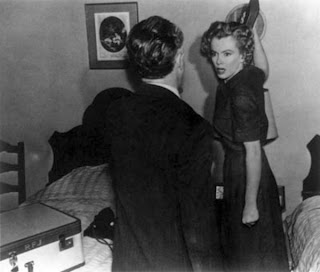 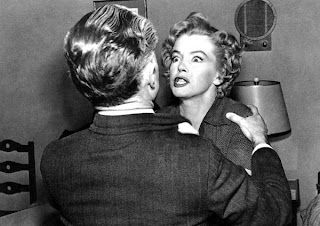 Meanwhile, Jed is back with Lyn telling her how he has spent the last hour and as he tells his story he realizes that when he left, Bunny was in the wrong bed and not moving. As he rushes back to the elevator, Rochelle (Jeanne Cagney) the phone operator suspects something fishy really is going on and urges Pat to check it out the Joneses room. However, Mrs. Jones beat both men there to catch Nell trying to murder Bunny. The women fight and Nell escapes to the lobby where she is eventually surrounded. Lyn comes to her side to try and keep her calm and then Jed arrives to take away the razor she stole and was presumably going to slash herself with. Realizing that Jed really does have an understanding heart, he and Lyn reunite as Nell is gently led off by a policeman. 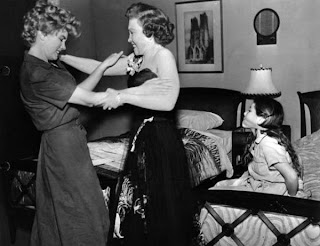 Director Roy Ward Baker thought Monroe grossly miscast as Nell Forbes and I am inclined to agree. I won’t say that Monroe did not have talent, she did. It just wasn’t as a dramatic actress. Apparently she was very difficult to work with on this film, constantly tardy, unable to deliver more than a few lines at a time and torn between listening to Baker and her acting coach, Natasha Lytess. Eventually Lytess was barred from the set. That being said, Don’t Bother to Knock is not a horrible film, I was quite impressed with the plot line (although the ending was quite weak) and more impressed with Monroe’s attempt to do her part justice. No doubt her own insecurities helped her perform this role that ironically hit a little too close to home. The other cast members, despite...er, because of rather, the difficulties of working with Monroe, should also be commended for putting in good performances.


Tonight on TCM!
Get carried away with the Carry On... film series!
Posted by Sarah at 4:00 AM