An Earthquake and Hurricane in the same week? I think it's time to discuss The Rains Came (1939) 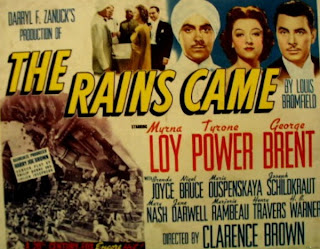 Tom Ransome (George Brent),  a nonchalant philanderer has spent years in India watching the people and the rains come and go. He has an ardent admirer in Fern Simon (Brenda Joyce), the daughter of American missionaries who is fascinated by Tom and his reputation. However, Tom regards her as a child. When he runs into an old flame who is now Lady Edwina Esketh (Myrna Loy), having married the wealthy and uncouth Lord Esketh (Nigel Bruce), Tom is alarmed by her behavior. Worse yet, he realizes he has built his reputation on behaving just like her. 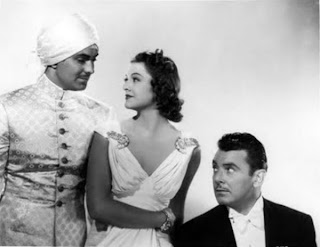 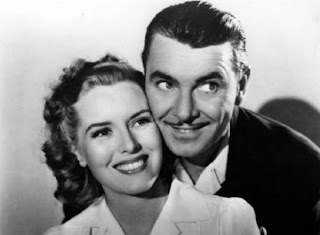 Edwina, bored with her marriage, carelessly tries making a conquest of Tom's friend, Major Rama Safti (Tyrone Power). However, the major is too preoccupied with his work as a doctor to pay her any attention. Meanwhile, as the rains fall, Tom finds himself falling in love with Fern. Then disaster strikes when an earthquake destroys the dams and releases flood waters into Ranchipur, killing Lord Esketh and the Maharajah (H. B. Warner). When the Maharani (Maria Ouspenskaya) asks Tom to help her people, Fern joins him. Plague sweeps the city and as the major fights to contain it, Edwina volunteers to help in the hospital despite the risks. The major, touched by her selflessness, finally falls in love with her. However, in the most harrowing scene Edwina accidentally drinks from a contaminated glass and falls victim to the plague. The major is unable to save her. Tom and Fern get married and the major, successfully contains the plague to become the Maharajah. 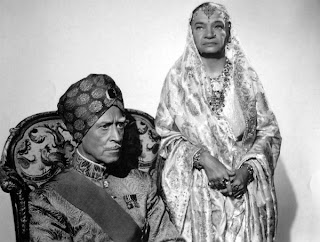 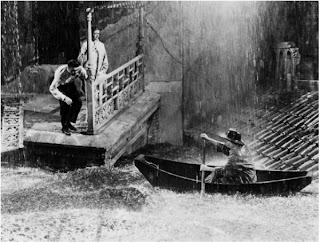 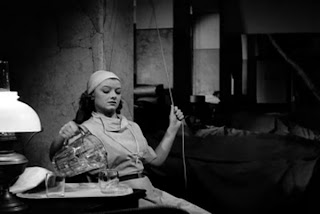 The Rains Came isn't quick entertainment, it has its slow moments but it also has a few heavy hitters. Besides some pretty good special effects, Brent, Power, Ouspenskaya, and Joyce play their parts wonderfully. The real star however, is Loy. An unusual part for her as evidenced in her future work, she nonetheless shows her dramatic chops and is most touching in her deathbed scene. Definitely worth seeing just once.


Tonight on TCM- if the power stays on...
Linda Darnell! Oh, A Letter to Three Wives sounds fun!