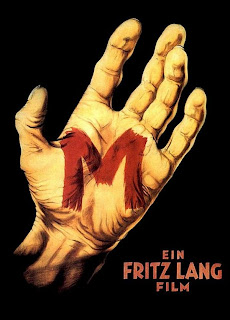 An absolutely stunning and absorbing film M is a must see! Lorre gives a chilling, yet very moving portrayal of cinema's first serial (not cereal) killer. 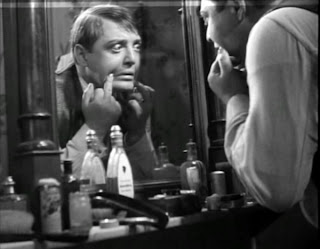 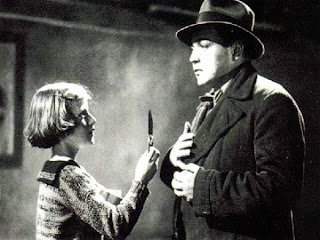 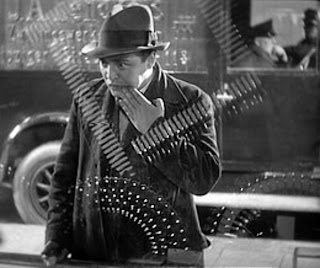 When yet another child disappears and is presumed dead, the police are faced with an angry city made angrier by their invasive investigation tactics- none more so than the underworld of the city who cannot conduct their crime per usual due to all the police raids. In a Capra-esque fashion, the viewer is treated to how such a case and the public’s hysterical reaction to it can have bother a positive and negative effect.
We have the police explaining why they must follow every clue, stirring up resentment amongst the locals while lamenting about all the useless information that floods in by those very same locals. We see innocent people wrongly accused due to prior prejudice and the mounting fear created by the latest disappearance. Most importantly, we see vigilante justice in the form of a kangaroo court ironically led by murderers and thieves.
A film very much ahead of its time both technically -with the use of voice-over narration and silence during the opening credits, and socially- as Lang plays devil’s advocate by giving Hans a voice to speak on behalf of the clinically insane. The viewer is exposed to the murderer’s point of view. 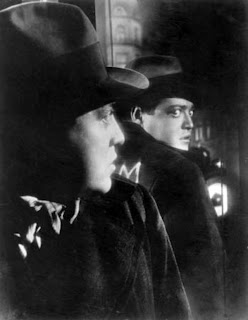 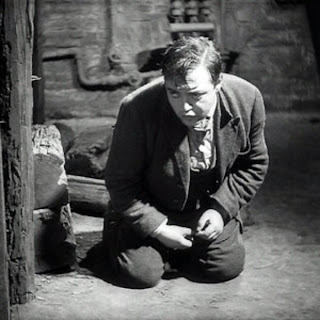 Hans Beckert: It's there all the time, driving me out to wander the streets, following me, silently, but I can feel it there. It's me, pursuing myself! I want to escape, to escape from myself! But it's impossible. I can't escape, I have to obey it. I have to run, run... endless streets. I want to escape, to get away! And I'm pursued by ghosts. Ghosts of mothers and of those children... they never leave me. They are always there... always, always, always!, except when I do it, when I... Then I can't remember anything. And afterwards I see those posters and read what I've done, and read, and read... did I do that? But I can't remember anything about it! But who will believe me? Who knows what it's like to be me? How I'm forced to act... how I must, must... don't want to, must! Don't want to, but must! And then a voice screams! I can't bear to hear it! I can't go on! I can't... I can't... 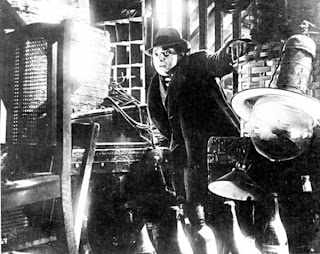 Filmed as the Nazi party was consolidating its power and shortly before Hitler ascended to the chancellorship, the irony of M’s kangaroo court is hard to ignore. As Hans speaks passionately about his disease, Schränker (played by Gustaf Gründgens, who subsequently had a successful acting career under Nazi rule) focuses on only one thing- that Hans (played by Peter Lorre who in 1933 fled Germany to take refuge in Paris) has admitted to being a compulsive murderer, prompting Schränker to declare that anyone who admits to such compulsions should be wiped out, eliminated. The irony extends behind the scenes with director Fritz Lang and his wife Thea von Harbou who had been married since 1922 and co-wrote both the futuristic Metropolis and M. Thea von Harbou eventually joined the Nazi party and became one of the top screenwriters for Nazi propaganda films while Lang, like Lorre eventually fled Germany as he too was of Jewish descent. 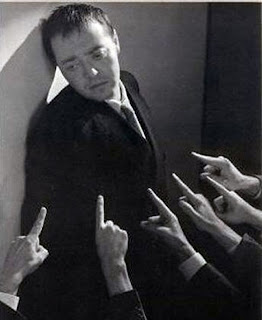 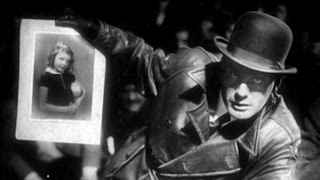 The film ends with a mother stating, “This won't bring back our children. We, too, should keep a closer watch on our children.” Indeed.


Tonight on TCM!
Spend the evening with Don Knotts!
Posted by Sarah at 9:40 AM