Julia Traynor (Claudette Colbert) works for Jerry Stafford (Frederic March), a successful stockbroker and playboy who has suddenly realized his affection for Julia. When he asks her to join him on a cruise, she declines the offer and tells him she expects more from a man, like marriage and a home. However, Jerry is persistent and in the hope of not doing something rash, Julia does something…rash. She marries her current beau Philip Craig (Monroe Owsley), a struggling securities broker with a jealous streak. When Jerry learns that Julia has tied the knot, he fires her stating he can’t work with her and want her too. He does later relent and hires Philip to handle some of his stocks. Eventually, Julia realizes her mistake in marrying Phillip, besides not being very happy, she learns that Philip has been embezzling company funds to play the market on his own. After a downturn in the silk market wipes him out, Julia discovers that he owes all his clients, including Jerry, money. In order to keep Phillip from jail, Julia offers herself to Jerry in exchange for a loan but he refuses to take advantage of her but gives her the money she needs. Philip doesn’t believe Julia got the money without returning favors and he goes after Jerry in a jealous rage. After shooting Jerry by accident, Philip fearfully puts the blame on Julia. After a sensational trial that actually has Philip coming out on the positive end, Julia, who has been working to support Phillip, feels she has done her part and is divorcing him. Lucky for her, Jerry is there to take her on that long-awaited cruise. 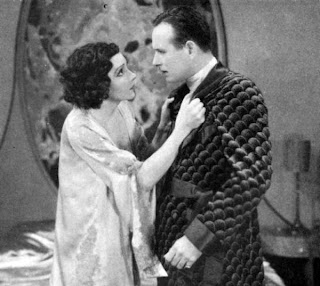 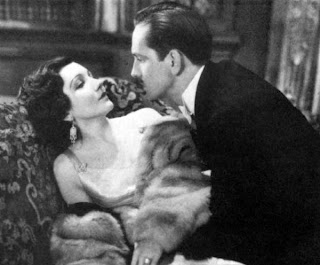 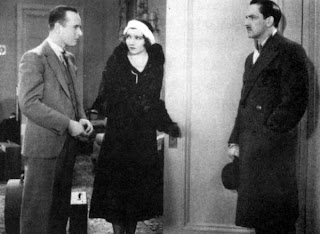 Though another predictable drama with far-fetched situations, Honor Among Lovers addresses some pretty racy subjects like pre-marital and extra-marital sexual relationships. March is convincing as a playboy-cum-love sick man but his silly moustache (probably leftover from his Barrymore stint in The Royal Family of Broadway and further displayed in his next movie The Night Angel) leaves something to be desired. Colbert is simply gorgeous in her stunning clothes and displays a perfect balance of weakness and strength.
Honor Among Lovers also feature comic relief from Charles Ruggles and a very young Ginger Rogers. Apparently Pat O'Brien, in what would be his second film, is part of the supporting cast as a man named Conroy. Personally, I totally missed that and can only guess he was a part of the board meeting in the beginning of the film.
Posted by Sarah at 5:37 AM