**I am moving into 1932 and skipping over Fredric March's first Academy Award winning film, Dr. Jekyll and Mr. Hyde. Halloween is around the corner and I am saving the most popular versions: Barrymore, March, and Tracy as a treat. 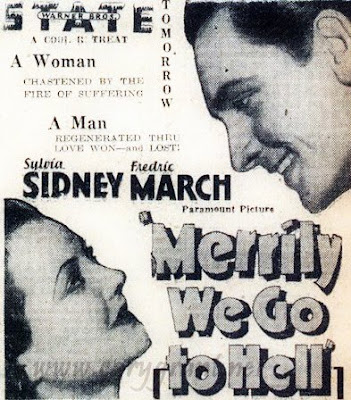 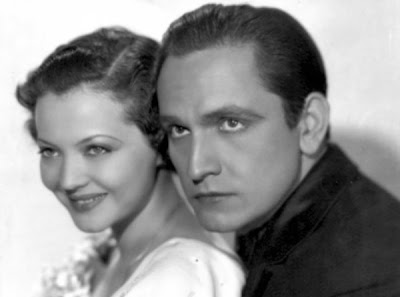 Jerry Corbett (Fredric March) never quite got over stage actress Claire Hempstead (Adrianne Allen). When he meets Joan Prentiss (Sylvia Sidney) at a house party, he’s drunk and gives every indication that he’s normally so. But he let’s Joan know he thinks she’s “swell”. Despite several indications that Jerry is not at all ready for marriage: he admits that Claire, his first love, is someone he still thinks of from time to time, he’s late to his and Joan’s first date, he drunkenly passed out before making it to their engagement party, and he lost Joan’s wedding ring, secretly replacing it with a bottle opener at the ceremony, Joan is head- over -heels for him and willing to be the person to reform him.
After they are married, Jerry dutifully goes on the wagon and though it takes time, he eventually writes a successful play that will be produced in New York. Slotted for the leading role is none other than the Claire Hempstead who unconsciously starts Jerry’s drinking again by handing him her drink as she points out what she would like changed in the script. Joan pitifully looks on as he sips away. Come the opening night of the play, Jerry is all but panting for Claire and when Joan arrives backstage to congratulate him after the successful first run, Jerry’s tanked.
Instead of bringing home the cast as Jerry said he would, he stays out late while Claire and her disapproving father wait for his arrival. When he does arrive, he’s being carried by his faithful friend Buck (Skeets Gallagher). When Joan is trying to help him out of his clothes, he keeps murmuring the name Claire. Joan’s father tries to get her to leave but she refuses. Instead she gets drunk for the first time to see why Jerry thinks it’s so great. When Jerry comes to and receives a phone call from Claire, he tells her he desperately wants to see her, but he won’t. When he confronts a drunken Joan, he begs her to bar him from going to Claire’s but Joan opens the door and kicks him out.
A repentant Jerry shows up the next day expecting Joan to be gone. But Joan has other plans. She’s going to be the modern wife with all the privileges Jerry has. While Jerry drunkenly enjoys his freedom, you can tell Joan is still miserable. When she finds out she is pregnant, she tries to tell Jerry but he won’t listen and so she leaves- letting him know that all she wanted was for him to love her like she loved him.
The moment Joan is gone Jerry realizes he loves her. He kicks Claire out and goes on the wagon for good. He attempts for months to reach Joan but her father cuts off any connection. When he hears that Joan is pregnant and going into labor, he rushes to the hospital to find the baby has died and Joan asking for him. The movie ends with Jerry pledging his devotion. 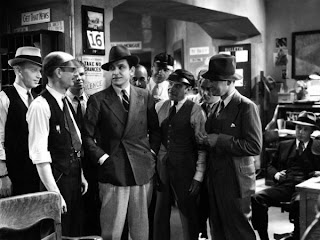 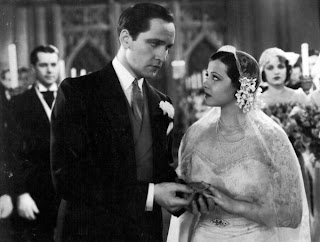 Bottle opener in lieu of the wedding ring, always a sure sign of smooth sailing ahead! 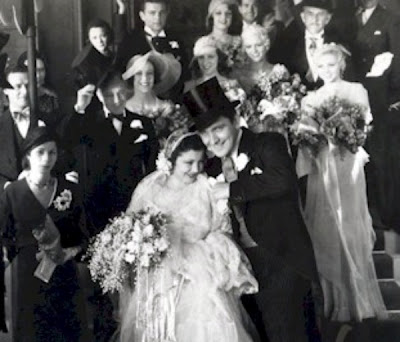 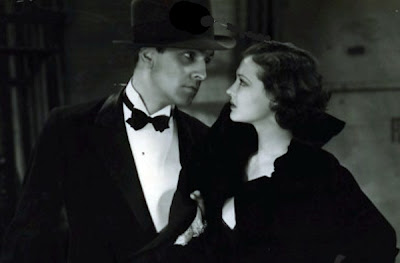 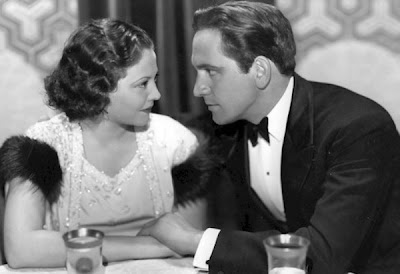 Though there were many opportunities for this movie to stray towards the melodramatic, it refrains, thankfully. Sydney and March play their parts magnificently, allowing me to despise Jerry for what he does to Joan but making himself totally redeemable. Sydney, in turn, displays a wonderful inner strength and despite constantly being let down by Jerry she takes it all in stride with no dreaded histrionics. Add to this the delightful addition of tap dancing Skeet Gallagher and all Jerry’s drunken cronies- including a pre-fame Cary Grant, the movie is quite engrossing.
Posted by Sarah at 5:00 AM