Born Ernest Frederick McIntyre Bickel in Racine, WI, he aspired to a career in business as a young man, and graduated from the University of Wisconsin with a degree in economics after serving in the First World War as an artillery lieutenant. He entered the banking business in New York in 1920, working at what was then known as First National City Bank (now Citibank), but while recovering from an attack of appendicitis, he decided to give up banking and to try for a career on the stage. March made his debut that same year in Deburau, produced by David Belasco in Baltimore, and also began appearing as an extra in movies being shot in New York City. 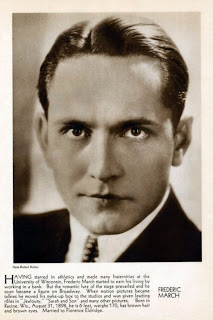 In 1926, while working in a stock company in Denver, he met an actress named Florence Eldridge. At the very end of that same year, March got his first Broadway leading role, in The Devil in the Cheese (the cast of which also included Dwight Frye and Bela Lugosi). March and Eldridge were married in 1927 and, in lieu of a honeymoon, the two joined the first national tour of the Theatre Guild. Over the next four decades, the two appeared together in numerous theatrical productions and several films. 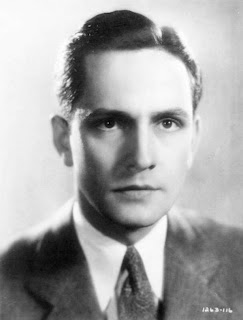 March came along as a leading man just as Hollywood was switching to sound and scrambling for stage actors. In addition to being incredibly handsome, he could read lines and had an imposing (and burgeoning) talent. His work in a West Coast production of Edna Ferber and George S. Kaufman's satirical stage work The Royal Family in 1929, in which he parodied John Barrymore, got him a five-year contract with Paramount Pictures. March repeated the role to great acclaim (and his first Oscar nomination) in George Cukor's and Cyril Gardner's 1930 screen adaptation, entitled The Royal Family of Broadway.
Over the next few years, March established himself as the top leading man in Hollywood, and in 1932, with Dr. Jekyll and Mr. Hyde (1931), became the first (and only) performer ever to win the Best Actor Academy Award for a portrayal of a monster in a horror film. He excelled in movies such as Design for Living (1933), The Sign of the Cross (1932), Death Takes a Holiday (1934), and The Barretts of Wimpole Street (1934). 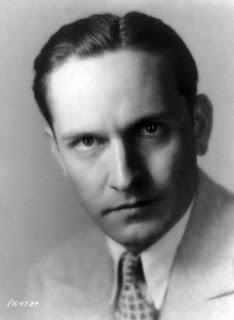 With the end of his Paramount contract, March was literally able to write his own ticket for the remainder of his career, never again signing a long term contract with a studio or needing to. In the wake of films such as Les Miserables (1935), Anna Karenina (1935, as Vronsky to Greta Garbo's Anna), and Anthony Adverse (1936), he chose his films and roles on a picture-by-picture basis, only for the highest fees of any actor of his day -- and producers were happy to pay them. 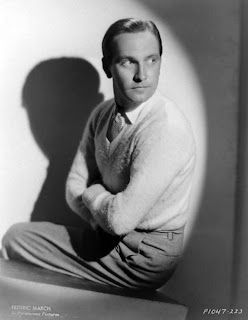 He showed off his skills to immense advantage in a pair of color productions in 1937, A Star Is Born and Nothing Sacred. In A Star Is Born, March was essentially reprising his Barrymore-based portrayal from The Royal Family of Broadway, but here he added more, most especially a sense of personal tragedy that made this film version of the story the most artistically successful of the four done to date. He received an Oscar nomination for his performance and won the New York Film Critics Circle Award. In the screwball comedy Nothing Sacred, by contrast, March played a brash, slightly larcenous reporter who cons, and is conned by, Carole Lombard, and who ends up running a public relations scam on the entire country. He also did an unexpectedly bold, dashing turn as the pirate Jean Lafitte in Cecil B. DeMille's The Buccaneer (1939). 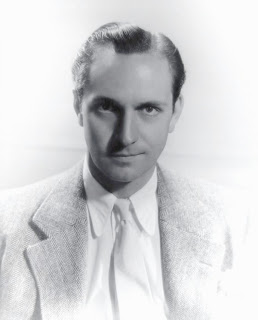 In 1937, March was listed as the fifth highest paid individual in America, earning a half-million dollars. Unfortunately for his later reputation, A Star Is Born, Nothing Sacred, and The Buccaneer, along with his Dr. Jekyll and Mr. Hyde, The Barretts of Wimpole Street, Les Miserables, and Smilin' Through, were all the subjects of remakes in the 1940s and '50s that came to supplant the versions in which he had starred in distribution to television; most were out of circulation for decades. Further complicating matters, Nothing Sacred and A Star Is Born have been most easily available in degraded editions, and even his Dr. Jekyll and Mr. Hyde (which became the property of MGM when that company did the Spencer Tracy remake) wasn't properly restored until the 1980s. In more recent times, however, in one case, the remake of one of his movies --Meet Joe Black, an over-inflated updating of Death Takes a Holiday -- resulted in the DVD reissue of March's original (on the Special Edition of the newer movie). 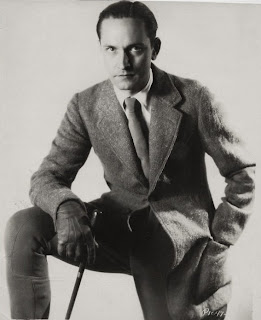 March successfully juggled careers in movies and on the New York stage for more than 30 years, and never compromised on his choices of screen roles. He moved between big studio productions and independent producers, with impressive results in Victory (1940), So Ends Our Night (1941), I Married a Witch (1942), The Adventures of Mark Twain, and Tomorrow the World (both 1944). March's performances were the best parts of many of these movies; he was a particularly haunting presence in So Ends Our Night, as an anti-Nazi German aristocrat being hounded across Europe by theHitler government.
Although well-liked by most of his peers, he did have some tempestuous moments off-screen. March didn't suffer fools easily, and had an especially hard time working with neophyte Veronica Lake in I Married a Witch. His relationship with Tallulah Bankhead, with whom he worked in The Skin of Our Teeth in 1942, was also best described in language that -- based on a 1973 interview -- was best left unprinted. In both cases, however, the respective productions were very successful. 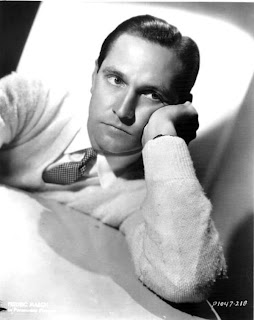 March's appeal as a romantic lead waned after the Second World War, with a generational change in the filmgoing audience. This seemed only to free March -- then nearing 50 -- to take on more challenging roles and films, starting with Samuel Goldwyn's production of The Best Years of Our Lives (1946), for which he won his second Academy Award, playing a middle-aged World War II veteran coping with the changes in his family and the world that have taken place since he went off to war. His next movie, An Act of Murder (1948), was years ahead of its time, dealing with a judge who euthanizes his terminally ill wife rather than allow her to suffer. March was chosen to play Willy Loman in the 1951 screen adaptation of Death of a Salesman. The movie was critically acclaimed, and he got an Oscar nomination and won the Volpi Cup for Best Actor at the Venice Film Festival, but the film was too downbeat to attract an audience large enough to generate a profit, and it has since been withdrawn from distribution with the lapsing of the rights to the underlying play. He excelled in dramas such as Executive Suite (1954), The Bridges at Toko-Ri (1955), The Desperate Hours (1955), and The Man in the Gray Flannel Suit (1956), and in costume dramas like Alexander the Great (1956). 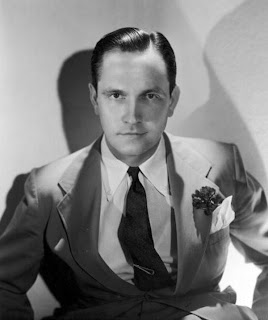 During this post-World War II period, March achieved the highest honor of his Broadway career, winning Tony awards for his work in Years Ago (1947) and Long Day's Journey Into Night (1956), the latter marking the peak of his stage work. March entered the 1960s with a brilliant performance as Matthew Garrison Brady, the dramatic stand-in for the historical William Jennings Bryan, in Stanley Kramer's Inherit the Wind, earning an award at the Berlin Film Festival, although he was denied an Oscar nomination. 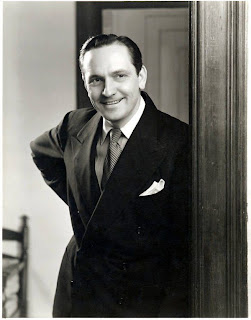 March's own favorite directors were William Wellman and William Wyler, but late in his career, he became a favorite of John Frankenheimer, a top member of a new generation of directors. (Frankenheimer was born the year that March did The Royal Family of Broadway in Hollywood.) In Frankenheimer's Seven Days in May (1964), he turned in a superb performance as an ailing president of the United States who is forced to confront an attempted military coup, and easily held his own working with such younger, more dynamic screen actors as Burt Lancaster and Kirk Douglas, and veteran scene-stealers like George Macready and Edmond O'Brien. 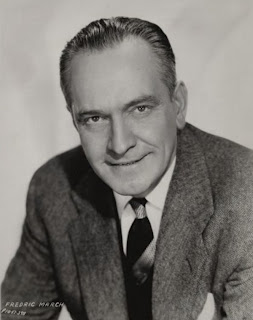 March was equally impressive in Martin Ritt's revisionist Western Hombre (1967), and was one of the best things in Ralph Nelson's racial drama Tick, Tick, Tick (1970), playing the elderly, frightened but well-meaning mayor of a small Southern town in a county that has just elected its first black sheriff. March intended to retire after that film, and surgery for prostate cancer only seemed to confirm the wisdom of that decision. In 1972, however, he was persuaded by Frankenheimer to come out of retirement for one more movie, The Iceman Cometh (1973), playing the role of Harry Hope. The 240-minute film proved to be the capstone of March's long and distinguished career, earning him one more round of glowing reviews. He died of cancer two years later, his acting legacy secure and undiminished across more than 60 movies made over a period of more than 40 years.
- Bruce Eder of The New York Times 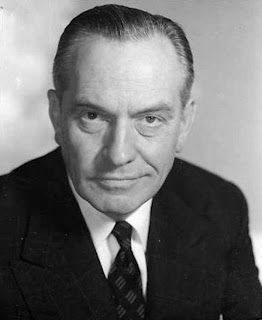 Photos courtesy of the Fredric March Film Society Facebook page. I am grateful to Matthew C. Hoffman for the use of the photos and the creation of this wonderful tribute! A must see for any Fredric March fan, please stop by and check out all the wonderful photos, trivia, and discussions the FM Society has to offer!
Posted by Sarah at 5:02 AM