I have received my TCM Oscar Party Pack thanks to the thoughtfulness of Deana from YouCast! I was so excited that I decided on the spot to throw a viewing party with a bit of a twist. I'm going to invite my friends over for martinis and a movie that a Beyond the Valley of the Dolls screening. For anyone who has had the misfortune of not seeing this film, I would suggest you rent it or better yet, buy it tout suite. Some of you may be wondering why you haven't seen Beyond the Valley of the Dolls amongst the Academy Awards lists for best movie or indeed any category. That's because Russ Meyer was robbed and Marcia McBroom's talent was totally overlooked! I mean, anyone who can make or act in a movie that was so horribly, terribly, wonderfully awful (I mean we're talking pausing and rewinding at several junctures in the film to recapture the hilarity and chaos that ensues) deserves an award and why not a highly regarded one? So, there's the twist. An Oscar party featuring a non-Oscar nominated film. I can't wait! Where are my go-go boots and Strawberry Alarm Clock albums? 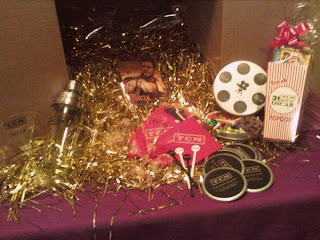 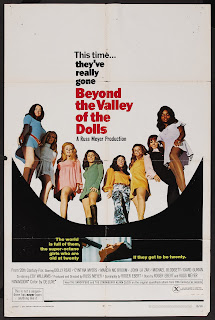 Side note:
Ironically, this was one of only a few (I wonder why?) screen plays the legendary film critic Roger Ebert wrote.
Posted by Sarah at 6:38 AM

Email ThisBlogThis!Share to TwitterShare to FacebookShare to Pinterest
Labels: Beyond the Valley of the Dolls, Oscar party pack