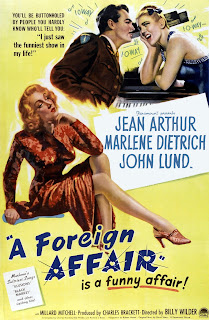 When her congressional committee visits occupied to investigate G.I. morals, Congresswoman Phoebe Frost (Jean Arthur) is appalled at the widespread evidence of soldiers using bribery and black market trading for their nefarious needs. She is further upset to learn there are rumors that cafe singer Erika (Marlene Dietrich), former mistress of a wanted war criminal, is being "protected" by an American officer. After seeing Erika with Adolf Hitler in a newsreel filmed during the war she enlists the help of Captain John Pringle (John Lund) to help her investigate, unaware that Pringle is Erika's current lover. In order to distract her, John woos Phoebe and she succumbs to his charms.Meanwhile, Colonel Rufus J. Plummer (Millard Mitchell) is trying to dissuade Phoebe from probing further into Erika’s case. He is aware of Pringle’s relationship with Erika and orders him to continue seeing her in the hope that her ex-lover, ex-Gestapo agent Hans Otto Birgel (Peter von Zerneck), who is in hiding will show up to confront Erika. However, John has fallen victim to his own wooing of Phoebe and though he loves her, his mission is important and he isn’t sure if he’s ready to settle down yet.Before Phoebe returns to , convinced that John will join her, Erika confesses John is her lover and tricking Phoebe.Will John and Phoebe reconcile? Will one ex-Nazi’s jealous deeds lead to a fortuitous realization for them both? 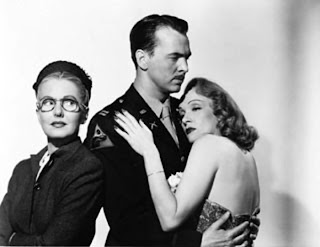 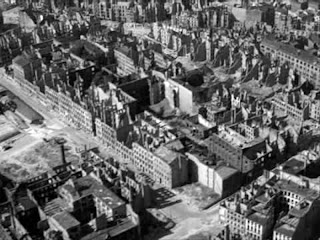 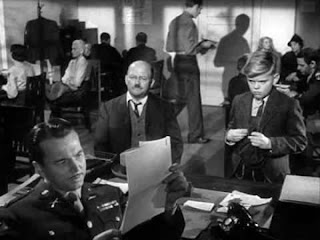 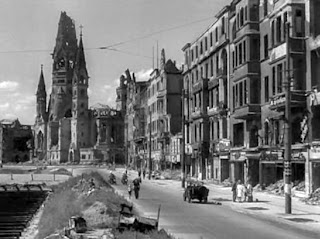 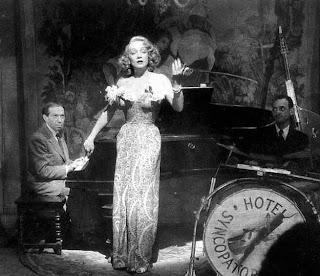 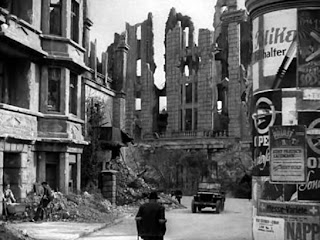 Proving that he can handle sensitive subjects with poignancy and humor, Billy Wilder’s A Foreign Affair stands out as an amusing education on the consequences of life in Germany in the aftermath of World War II. The Arial footage of Berlin used in the film was had me awestruck. So much destruction!
Using Arthur’s and Dietrich’s distinctly different comedic and dramatic deliveries worked surprisingly well together. The only drawback, for me, was that in comparison to someone like Dietrich, Arthur who plays neurotic well; comes off more to the extreme. However, this works in Lund’s favor as his character realizes the sordid mess he has fallen prey to and finds himself less interested in a siren and more interested in an innocent. If Jean Arthur is anything onscreen, it’s innocent.


Side note:
Robert Osborne said that director Billy Wilder had difficulties with both Marlene Dietrich and Jean Arthur in the film. Wilder is quoted as having said, "I have one dame who's afraid to look at herself in a mirror and another who won't stop looking!"
Tonight on TCM!
Bang The Drum Slowly (1973)
A baseball player faces terminal illness with the help of his closest teammate. Cast: Michael Moriarty, Robert De Niro, Vincent Gardenia, Phil Foster Dir: John D Hancock

Moonstruck (1987) Olivia Dukakis and Vincent Gardenia make this movie! It's hilarious!
When she tries to make peace in her new family, an engaged woman falls for her fiance's brother.
Cast: Cher, Nicolas Cage, Vincent Gardenia, Olympia Dukakis Dir: Norman Jewison
Posted by Sarah at 10:20 AM