The Many Mini Reviews

This will be a new segment in my blog. I watch so many movies during the week that most times I don't have the time to write about them all. So I decided to do the mini review! Yay! 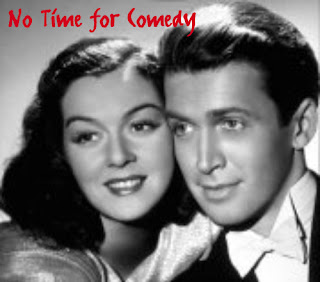 No Time for Comedy is the only film that Stewart and Russell starred in together. Robert Osborn of TCM stated that they were quite a comedic duo but (gasp!) I disagree. Apparently there was no time for comedy between these two. The chemistry was totally off with Russell being abnormally serene (think Craig's Wife) considering her plight and Stewart being a complete jerk in comparison. Even Charles Ruggles was flat! The stand out star of this film is Louise Beavers who plays the maid Clementine. Full of sass and willing to use it, she wastes no time letting her employers know how she feels about everything and one thing in particular- their marriage. She delivered her wisecracks honestly and cheerily. Watching her argue with Stewart is worth seeing the film. 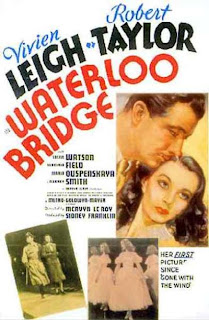 Waterloo Bridge is the story of Myra (Vivien Leigh) a woman who loses her position in the corps de ballet due to her devotion to Roy Cronin (Robert Taylor) an officer. When he leaves for war and is eventually declared dead, Myra loses all hope and eventually resorts to prostitution to support herself when there is no other work to be found. Years later as she is trolling the train station greeting the arrival of soldiers from war, she spots and is spotted by Cronin who immediately picks up where they left off. Despite her conscience, Myra allows him to whisk her off to his country home to meet his mother and friends as his fiancé. Eventually guilt will get the better of her with disastrous results. 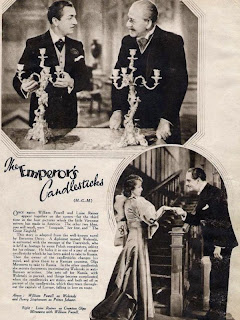 Two spies try to outwit one another only to fall madly in love. Not Powell's best in my opinion. 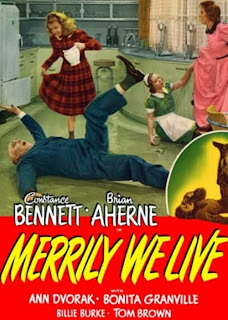 I'm not going to review this film. Suffice it to say that it's a screwball comedy to the hilt. You'll have a time trying to keep up with the dialogue and you'll love it. As the Nipper over at Cinema OCD says, even the dogs are funny. A must see! 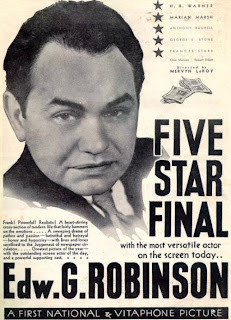 A good moral story that gives rag sheets a thorough scolding. Plus Aline MacMahon (her first film) and Boris Karloff get downright tipsy! 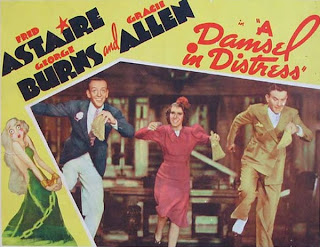 You should watch this simply to see Gracie drive George batty! Oh, and the trio's dancing isn't too shabby either. Plus Joan Fontaine is so young and gorgeous! 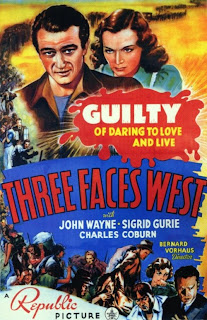 John (John Wayne) loves Leni (SigridGurie), Leni loves him but she has just found out that her fiancé who helped her and her father escape Nazi Germany is still alive and has come to America for her. Torn between doing the right thing or following her heart, Leni is saved from making a decision when her fiancé claims to now be a Nazi himself.