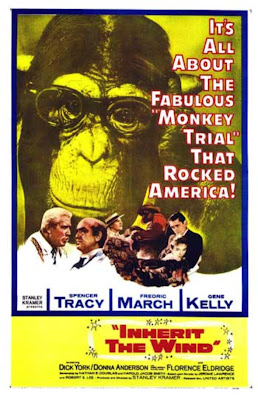 I'm not going to go into the synopsis of this movie for two reasons: one, it's a pretty famous case that essentially boiled down to casting doubt on the literal translation of the bible, and two, it'll be shown on TCM on October 26th as a part of the TCM October tribute to Fredric March.  If you have TCM and love riveting performances, I would suggest you watch this film. Rumor has it that March's and Tracy's performances were so powerful, that other stars would flock to the set to get a seat and check out the action. On one instance, Tracy delivered a speech so effectively that applause broke out before March could deliver his next line.

I have provided a clip of what I consider one of the best scenes in the film. A lot of the dialogue in the film was taken from the transcripts of the actual trial that took place in 1925. Having heard some of the speeches delivered by both Darrow and Jennings Bryan and doing research on the Scopes Trial, you can tell those two were putting on a performance much like March and Tracy would decades later.
Gene Kelly should get an honorable mention for playing a rare serious and slightly despicable role as E. K. Hornbeck. A role he initially turned down until he heard that he would be co-starring with March and Tracy. Kelly sums up his character right from the start, "I do hateful things for which people love me and I do lovable things for which they hate me. I'm admired for my detestability." 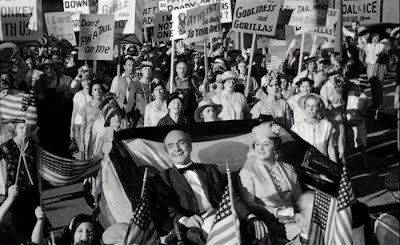 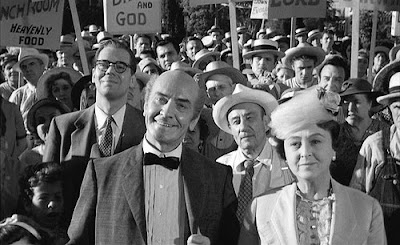 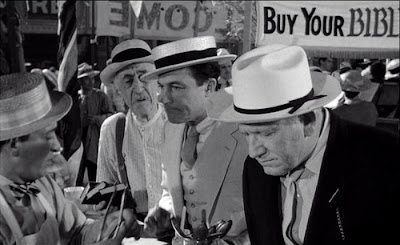 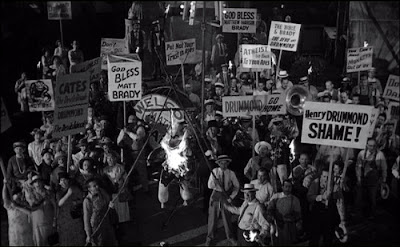 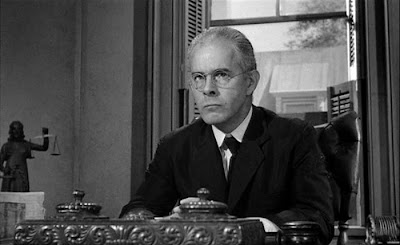 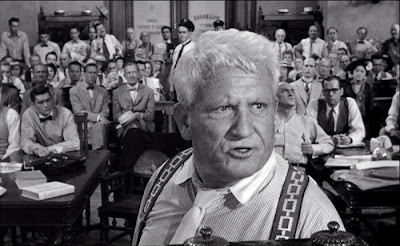 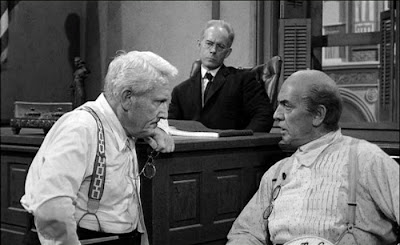 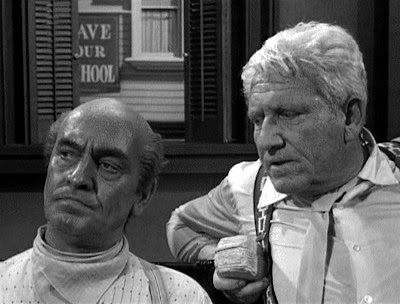 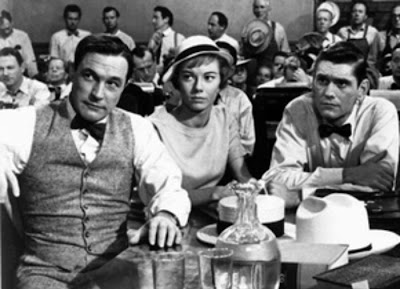 I especially enjoyed this film because as an Agnostic, I can enjoy and appreciate both sides of the debate. However, if I had to choose who gave the best argument, it would be Tracy's role as Henry Drummond. You'll note that I do not mention any other members of the cast which is understandable when you have two powerhouses like March and Tracy playfully upstaging one another (March would fuss with his props during Tracy's lines, while Tracy would react to March in ways that drew the camera to him). Everyone else falls to the wayside in comparison.

Side note:
Robert Osborne had Mark Mothersbaugh from Devo on TCM as a guest programmer back in 2007. Motherbaugh picked Inherit the Wind as one of his movies and rightly so, the picture below is from a scene in Inherit the Wind that shows the monkey sitting in the middle of the word devolution, the letters Devo showing, thus a band name was born. I LOVE little facts like this! 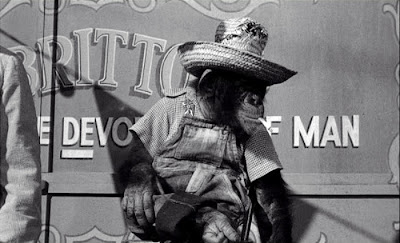