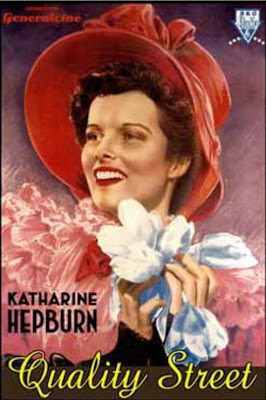 On Quality Street everything is an event. Phoebe (Katharine Hepburn) is being courted by Dr. Valentine Brown (Franchot Tone) and her sister Susan (Fay Bainter) and their noisy neighbors expect him to propose soon. When Brown enlists in the British army instead, relating to Phoebe that he has no 'sweetheart' to leave behind, she is crushed. When Brown returns ten years later, he finds that Susan and Phoebe have opened their own school, and are now both considered "old maids" like most of the ladies on Quality Street. When Brown first sees Phoebe he cannot believe how tired she looks. He asks her to attend the homecoming ball but Phoebe refuses- too humiliated by her own looks. Later on a whim Phoebe puts on a ball gown and does her hair up in ringlets the way she did ten years earlier, there is a marked difference in her appearance and demeanor. When Brown stops by again to persuade her to attend the ball, he doesn't recognize her. Phoebe turns this to her advantage by introducing herself as Livvy, Phoebe and Susan’s niece. From the ball on Livvy attracts many male admirers, as well as the suspicions of her nosy spinster neighbors. All indicators point to Brown asking for Livvy’s hand but once again Brown is deceptive. He instead wants to get Livvy alone to lecture her about being a flirt and admits that he is in love with her aunt Phoebe. Disgusted with how she has behaved, Susan and Phoebe turn circles to avoid letting the truth be known. Will Phoebe accept the long-awaited proposal or will she turn down Dr. Brown for her deceit? 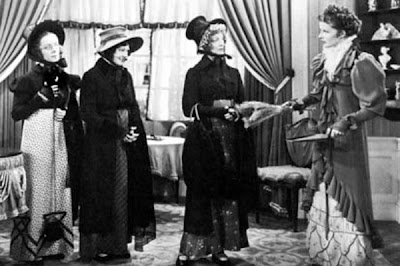 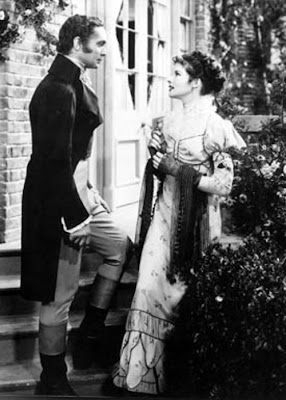 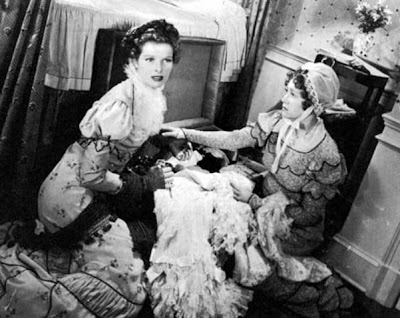 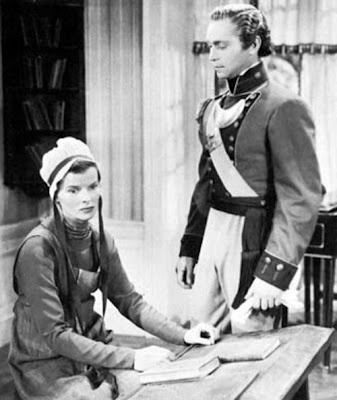 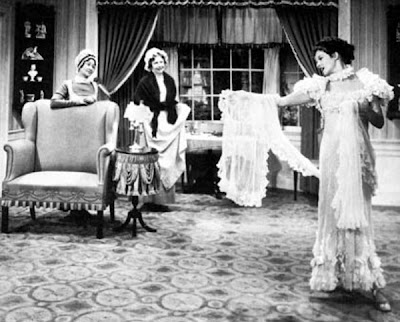 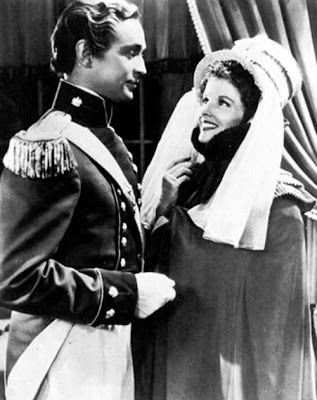 Thought Quality Street is not a particularly wonderful film, Hepburn is gorgeous as a flirtatious young woman and Fay Bainter is a bundle of confused delight trying to keep up with her. I am not particularly a huge fan of Franchot Tone. I've decided that I find his acting flat and uninteresting, he doesn't seem to have any presence on film, more so when he tries to play at romance. I was surprised to find that Joan Fontaine was in this film. She was so well disguised as a spinster, I didn't recognize her. Quality Street was her first film for the RKO studio, she was uncredited.
Tonight on TCM!
My Son John (1952) A woman suspects her son is a Communist spy. Cast: Helen Hayes, Van Heflin, Dean Jagger, Robert Walker Dir: Leo McCarey
Posted by Sarah at 5:00 AM